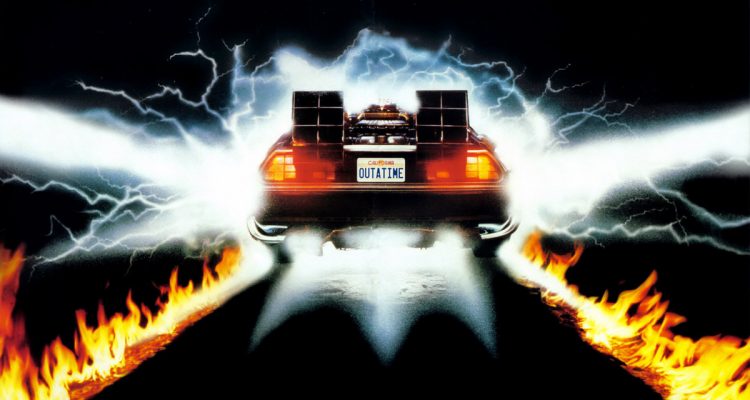 Quick…raise your hand if you unable to see a DeLorean without having the irrepressible urge to jump in and drive it to 88 miles per hour and activate the flux capacitor to generate the required 1.21 gigawatts and fly either back to the past or into an unknown future. My hand is in the air…and that’s what a movie can do to you – it can literally make you never look at an object the same way again. That’s what Back to the Future did to people in 1985. The sequel, which came 4 years later was just as popular and spawned stories of real-life hoverboards and self-lacing shoes. Both are considered classics (more so than the third installment which is still good, but doesn’t quite feel like a Back to the Future movie), but the question remains, which one is truly better?

The Setting: There’s something to be said about setting a movie in the 1980’s. There’s a nostalgia about seeing life in that time period, especially if you grew up in that time. Whether it’s hearing Huey Lewis and the News on the radio or seeing schools without metal detectors, the 80’s were just…rad. In the short time that the movie takes place in present day 1985, that part of the movie just feels great and has a certain charm that present day movies lack. When the film goes back to the 1950’s, we see a time before the 1960’s and Vietnam, a time where things seemed simpler, although no less easier. It serves as a nice counter-point to the hustle and bustle of the 80’s and demonstrates to the main character the attitudes that helped shape the personalities of his parents, whom he does not understand at the beginning of the movie.

Biff: The main antagonist of both films is Biff Tannen, a large and boisterous jerk who seems to think that his life’s purpose is to pick on George McFly. The prototypical bully, he preys on the weaker, thinking of women as objects for his taking and generally providing a feeling of nausea and contempt whenever he appears on screen. The audience quickly takes the smaller and awkward George as almost everyone had been a bully, meaning that Biff doesn’t have to work too hard to be disliked by anyone. While making him a relatable and realistic foe was a great choice, the one issue I have is that it takes one punch from George to turn the tables permanently in his favour. Having been bullied throughout childhood myself, I can tell you the bullies I encountered did not lose their status too easily and they would have arrived with a bunch of their loser friends  at a later date for revenge had this been enacted in real life.  I know it’s just a film cliché and they can’t show the subsequent encounters that permanently allow George to gain status over Biff, but it represents a bit of an unrealistic victory for George who completely domineers Biff at the end of the movie.

The Story: This is arguably the best part of the movie. To have Marty go back in time and have his own mother fall in love with him is brilliant beyond words.  It hits on so many levels and while the feeling of creepiness over her attraction is undeniable, Lea Thompson is awesome, bringing both a sexiness and innocence to the part that makes it believable, albeit still skin-crawling. To then take it one step further and say that her attraction to Marty wipes out his existence in the future presents a nice raising of the stakes that already exists thanks to Marty’s existing plight to get back to the future. Add in Christopher Lloyd’s character, an eccentric genius who may either be a help or hindrance to Marty’s goals and Marty’s dad, a nebbish wimp seemingly incapable of being relied upon for heroic actionand you have enough obstacles to keep the viewer entertained and engaged as Marty navigates through to the end.

The Setting: There is something to be said about movies set in the future – most often, they have a wide variety of gadgets to capture the imagination of the audience and excite them on the possibilities for their own future. Back to the Future Part II is no different, introducing hoverboards, self-lacing shoes and cars fueled by fusion reactors. It is the typical society that takes these advances for granted, but completely shocks our cadre of time travelers who witness these wonders. The 1950’s is also briefly glimpsed, but the other big set piece is a dystopian 1980’s that Marty returns to, that is a n overt and exaggerated version of Las Vegas meets Mad Max, replete with burned out buildings, marauding bikers and shady characters galore. It’s an over-the-top statement of the depth of Biff Tannen’s evil and yet, it’s a frightening place for Marty to contend with, as he is truly only outnumbered and helpless in either film in this environment.

Biff:  As I mentioned above, Biff Tannen’s character graduates from lowly bully in the first film to corrupt mogul in the second. While he is not completely evil (as seen by his comment to Marty that he keeps him around due to his devotion to Lorraine), the contemptible actions by this man, allowing and propagating Hill Valley to fall into a teeming pool of madness and vice, demonstrates a level of destruction that was never eluded about before and seems a bit of an overreach for the established traits of the character. While seen as a nuisance and a problem in the first film, Biff at the end of the movie is subservient to George and willingly does things for Marty, such as polishing his car. That’s a far cry from the dictator he becomes in the second film.

The Story: Unlike the first film, Part II’s story doesn’t immediately present a high-impact set of stakes that initially seem insurmountable. Marty’s children seem more like misguided goofs than real problems and Marty is able to solve the problem of his son’s future delinquency merely by impersonating him. The future Marty loses his job, but it pales in comparison to almost being wiped out of existence or romancing his own mother. It’s not until Marty returns to the Biff Tannen controlled Hill Valley that circumstances seem to get serious, with his father dead, his mother unwillingly married to Biff and his only other alley, Doc Brown, locked in an insane asylum. Likewise, it is interesting in the end, as Marty has to avoid causing disrupting to the events he’d already set in motion previously in 1955 and the ending is one of the better cliffhangers ever shot in the film. While a strong effort and above-average as a sequel, it still falls short of the original.

Better conceived than most sequels, Back to the Future Part II deserves all of the accolades it has earned. Despite that, the first is still, in my opinion, the better movie, as the consequences of the first film are immediate and impactful, while the second film takes a little longer to get going. The settings for both were pretty good and there were problems with Biff, the antagonist, in both films. This is all splitting hairs though as joining Marty and Doc on their adventures, be it to the 50’s, the future, or even the wild, wild West is a damn good time no matter what the situation is.