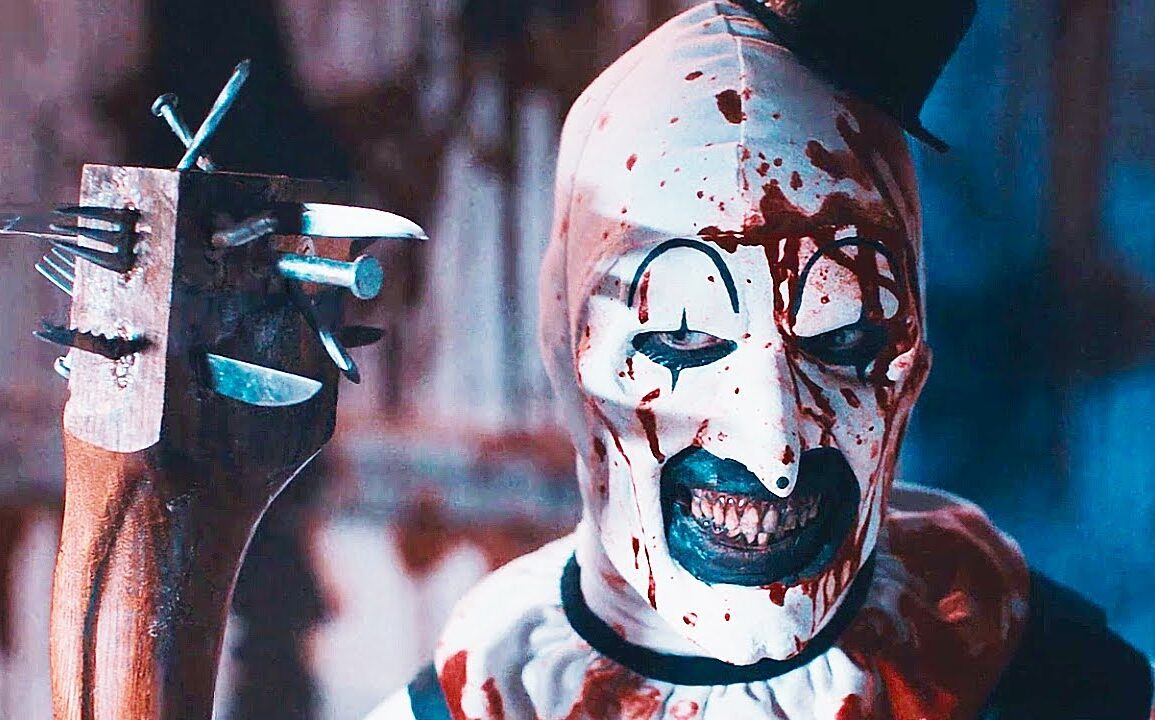 Horror is a funny genre. Not funny, ha-ha, but funny in terms of the type of horror that is popular. For most of my adolescence, it was slasher films – Friday the 13th, Halloween, The Texas Chainsaw Massacre, etc. Then in the 90s, there was the horror parody – Scream and Scary Movie were the most popular, but even Mel Brooks took a crack with Dracula: Dead and Loving It. Near the end of the decade, there was the found-footage craze, starting with The Blair Witch Project and including Quarantine and Cloverfield.

Somewhere along the line, we dove headlong into jump scare horror – the type where all of the scares are by the mere suggestion of horror – a shadow in a corner, a weird figure behind the curtains, the character with the crazy smile – all accompanied by the requisite loud sound cues to tell you, “This is scary! Be scared!” The Paranormal Activity movies started that, and now you have entries like The Invisible Man, Winchester, and Smile, which all fit into this bucket. Gone were the days of the horror icon, replaced by the children of famous actors or “serious actors” looking to make a statement through the genre.

And then – you get someone who wants to remind you why horror characters appear on t-shirts. With his Terrifier series, director Damien Leone has brought us Art the Clown, a tall, thin ghoul dressed as a clown with terrible teeth, a little hat and a garbage bag full of sharp implements. While I wouldn’t go as far as to say the Terrifier series has reinvigorated the slasher sub-genre, it shows that any reports of its untimely demise have been greatly exaggerated.

However, in the case of all quality series, inevitably, the question must be asked: which one is better? I’m not going to answer that question definitively here, just tell you my opinion and shed some light on how I got there.

Story: Clocking in at a slim 86 minutes, Terrifier is arguably the faster-paced of the two movies. Then again, it is an extremely low-budget affair financed through crowdfunding. The result is an extremely lean story, leaning heavily on atmosphere and traditional horror elements (the killer who seems to be everywhere, the stalking scenes, the grim setting) to grip the audience. Yet to dismiss it as average is a disservice to the film – there’s a lot at play that bends horror conventions. For example, the killer always uses the same type of weapon – you ever see Jason or Michael Myers brandish a gun? Yet, Art uses shooting, stabbing and cutting instruments – when he shoots Tara, it’s a shock. Then there’s the fact that the film sets up the final girl – but she ends up not being the final girl – and the final girl doesn’t even beat the killer! There are a lot of surprises in the movie that I wasn’t expecting, and that alone elevates it past the mundane and predictable.

Characters: Damien Leone surprised me with the characters in this one. There’s always that one character who is annoying, stupid, or deserves to be killed. I can’t honestly say that’s the case in this film. The two main characters, Tara and Dawn, are likeable and don’t do anything I would call overtly idiotic. Mike the Exterminator had the potential to be the stereotypical “weird, creepy red herring character,” but he’s arguably the most sensible of the cast. The Cat Lady is bizarre but seems to understand the imminent danger before anyone else and tries to cease Art’s rampage through motherly compassion. Then you have Art, who imbues so much life and charisma without uttering a word. True, he does some really wacky things like riding a little bicycle in circles for no apparent reason or wearing the Cat Lady’s breasts and scalp around is just damn wacky. Still, it only adds to the danger – he’s literally DC’s Joker without the punchlines.

The Horror: Unlike its successor, Terrifier is a serious, straight horror movie. There’s no comedy, just lots and lots of blood and gore. While that is not in itself scary, the unsettling thing about Art the Clown is you can never predict what he’s going to do (other than try and kill everyone) and how far he’ll go. The murder of Dawn was gruesome and theatrical, but he’ll also kill through straight-forward shooting you in the face without the spectacle. The fact that he seems to pick his victims without motive or reason is absolutely terrifying – it’s the old trope of be careful who you piss off because they may be carrying an axe. In Art’s case, that’s a fact – and you don’t even have to upset him to earn your death.

Story: At just over 135 minutes, Terrifier 2 is an unwieldy movie for its story. While it has a larger budget, which allows for more characters, it arguably makes far less sense than the first entry. Part of that can be explained by the shift in tone from straight horror to a horror/fantasy/comedy hybrid, but the film’s story isn’t quite as tight as the first one and relies more on chaos and violent excesses to provide its thrills. While it is undoubtedly a step in the right direction to make the series more than Art the Clown skulking in the dark, I think it loses something from the first film that was a little special.

Characters: This is the area where this film, hands-down, succeeds. The main character Sienna, played by Lauren LaVera, is something special, a strong female who backs it up with actions instead of words. She’s a warrior in almost every sense of the world and a worthy adversary for Art. While not as interesting, her brother is a solid companion to her. Even Sienna’s friends, who could have been annoying, were anything but and her best friend’s boyfriend is shockingly solid, a role that’s usually reserved for douchebags. Art the Clown is allowed to expand his wings with full gusto, hilariously trying on different sunglasses at a local hobby shop and offering children candy in the skulls of one of his victims. His is accompanied by the Little Pale Girl, who adds creepiness to the festivities.

The Horror: As this flick is more of a cross-genre affair, it doesn’t have the scares of the first film – unless you are frightened simply by gore, in which case, this movie will, ahem, terrify you. Art murders his victims with flair, going far beyond the boundaries of murder to the land of gruesome comedy. That being said, there is still a fair amount of atmosphere (especially at the carnival). While Art the Clown becomes a bit of a caricature of himself, the Pale Little Girl makes up by being unsettling in her appearance and curious actions. The final scene featuring the Vicky character from the first film is bonkers, but again, there’s something completely chilling about her supplication to Art, who horribly disfigured her in the first film. While not set up as overtly scary as the first film, it does not mean it’s bereft of horror.

Both films have their merits, so truly, the best answer to this question is, which do you prefer: straight-forward horror or outlandish violence that crosses to black comedy? Gritty realism with a touch of fantasy or over-the-top fantasy with a touch of realism? It truly runs to your taste. I prefer the first film ever more slightly than the sequel, even though I’d probably change that opinion, depending on what day you find me on. I simply like the stalking, skulking, urban feel of the first film a bit more – but that doesn’t take away from the crazy fun of the sequel and Sienna is the best character in either movie.