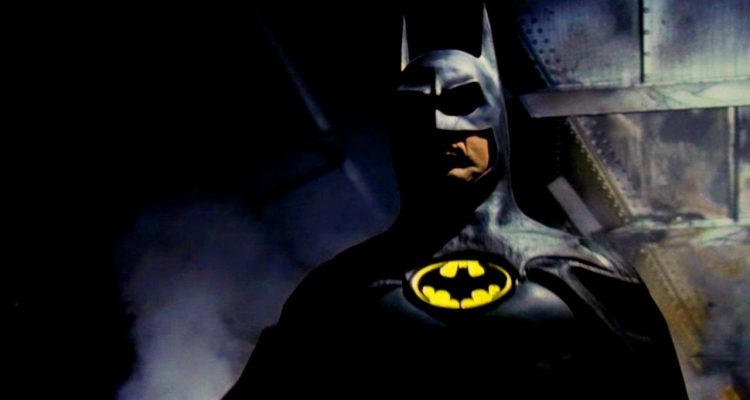 Forget talking about Nolan’s overrated Batman movies or the trainwrecks that were the Joel Schumacher’s Batman flicks, let’s look at the first (and arguably, the best) of the Batman films, Batman and Batman Returns. One was a summer blockbuster and a marketing phenom, in the summer of ’89, you couldn’t turn without seeing something branded with a Batman logo. The other was a bit of a disappointment when it first came out, but I believe a film that is appreciated more now than when it came out in ’92. The question is…which one is better?

Characters: Let’s talk first about the characters in the first film.  Michael Keaton is sensational as the dark knight, hitting the right mix of sardonic humour and gritty darkness. Whether hoisting thugs up while telling them “I’m Batman” or dropping the Joker into a vat of chemicals, his entire portrayal is memorable. Jack Nicholson is brilliant as the Joker, again hitting that right tone of humour and insanity, one minute punching out his television with an oversized boxing glove, the next shooting his own henchman…just because. Kim Basinger is strong as the love interest Vicki Vale and despite a predilection for screaming a lot, she’s interesting enough that you aren’t wondering what Bruce Wayne sees in her. The rest of the cast (Robert Wuhl, Tracey Walter, Billy Dee Williams, Michael Gough, Pat Hingle and Jack Palance) are serviceable at worst and scene-stealing at their best.

Story:  Listen, Batman will probably never win an Oscar for best original screenplay, but that doesn’t mean the story is garbage. It does the admirable job of introducing Batman without being bogged down by yet another drawn-out origin story and while you know who all the players are and there are no real surprises, other than you’re not always sure what the Joker is going to do, it still holds your attention throughout. You have a great hero, an iconic villain and a lot of style and panache…you don’t need much more.

Source Material:  Whenever you’re doing a movie based on something else, the question of how close the movie is to the source material always comes up. Tim Burton’s Batman did take some liberties, but it was pretty darn close to the original source material. True, Joker didn’t kill Bruce Wayne’s parents, Alfred would never show Vicki Vale into the Batcave and Batman never dropped Joker into the vat of chemicals, but most of those were done for dramatic effect and done well (except you really didn’t need Joker to kill his parents to have Batman hate the Joker, but whatever).

Action: Being a comic book movie, you want a film like this to have a lot of set pieces and this movie has its fair share of those. The shootout at Axis chemicals, the confrontation within the museum, the final confrontation in the bell tower, Joker shooting the Batwing out of the air, there’s a lot going on throughout the picture. While neither Michael Keaton nor Jack Nicholson are really action stars and thus you can’t have some of the more impressive battles that you would have today, they work with what they have and never leave the viewer bored.

Costume, Makeup, Sets: This is where this movie really shines. They made the batsuit perfectly for Michael Keaton’s build, ensuring that they had built in muscles as he was never what you would call a big guy. Jack Nicholson is perfectly dressed and made-up as the Joker, including white face paint, constant smile and purple wardrobe. Kim Basinger looks hot at all times with her ensemble of outfits. Gotham itself is shown right off the get-go as being a dark, grimy and steamy city, with dark alleyways and gothic architecture. The menace of the city would need someone like Batman to clean up the criminal element and make sure law-and-order is maintained.

Characters: Michael Keaton returns as Bruce Wayne – there’s one scene in particular that sits in my mind that shows how great the character is. It’s near the beginning and he’s sitting in a dark room in Wayne Manor, just doing nothing. The batsignal glares through the window and he stands up in its shine – he was sitting around, waiting to become Batman, again. The guise of Bruce Wayne does not matter – only Batman does.  Genius.  Danny Devito is brilliant as the Penguin, bringing intelligence and a shady craft to the character. Michelle Pfeiffer is effective as Catwoman and really shows the character’s constant struggle between villainy and altruism. Christopher Walken is a revelation as Max Shreck, the devious and conniving businessman using the Penguin for his own personal gains. Michael Gough and Pat Hingle return and bring their professionalism they displayed in the first film to their respective roles in this film.

Story: Closely linked to Batman in the sense that you have the origin story of the villains as opposed to the hero, the film elegantly juggles the agendas of all three of the antagonists of the film without leaving you feeling that one is being neglected, a difficult task at any point in time (ask Sam Raimi if you don’t believe me). Other than that, it’s the standard “hero-fights-villain-who-has-devious-plan-to-destroy-city”. While that may not impress some people, I personally would be upset if I got anything other than that in this movie.

Source Material: Okay, so here is where this film swerves a bit more than the previous one. The Penguin was a big source of contention when he was displayed as a dirty, misshapen monster instead of the cultured and refined Penguin that we had been accustomed to. Catwoman did not get her start being thrown out windows, was not brought back from the dead by cats and did not fashion her suit from pieces of latex. Max Shreck doesn’t even exist in the comics. This film took more liberties with the characters than the first film and I think that’s where people dislike this film. However, it still feels like a Batman movie and the fact that Batman, the Animated Series adopted aspects of the Penguin character for its own portrayal of the villain later on in the series shows that perhaps the ideas in the movie weren’t completely out in left field.

Action: The movie almost immediately starts with a bang with a big fight between Batman, the police and the Red Triangle Circus Gang, which introduces us to most of our main players. Throughout the film, you have Catwoman or Penguin tangling with Batman, most memorably with Batman throwing Catwoman off a roof and the Penguin temporarily taking control of the Batmobile. Cap this with Batman’s final assault on Penguin’s underworld kingdom and final confrontations with Shreck, Catwoman and the Penguin, and you have enough going on to keep any action fan content.

Costume, Makeup, Sets: The Batman suit pretty much looks the same from the first one, but the rest of the costumes were more stylized than the first film, an indication that Tim Burton had more creative control in this one. Penguin’s suits are dirty and grungy, indicative of a life spent underground. Even when he dresses up when running for mayor, there’s still an unkempt look about him. Catwoman’s pieced together suit has become iconic and though it’s strayed from her comic look somewhat, it’s a credible and creative re-imagination of her gear. I applaud that they decided to keep Penguin’s multiple umbrellas, as they are an important, if somewhat ridiculed aspect to the character. I wasn’t a fan of the Penguin makeup – I get the point that they wanted to show he’d been underground so I know that he’s supposed to be a chalky white, but sometimes it looked too unnatural, especially considering his skin would lighten the longer he was above ground and in the light.  The sets were great, as twisted and ugly as the Penguin’s own soul, with his underground kingdom being a standout.

This one is a tough call.  You could make the argument that fans of Tim Burton are more inclined to say the second one is better because its more overtly a Tim Burton film, whereas the first one was a bit more appealing to a general audience, albeit a darker and grimmer Batman than the popular Adam West series. For me personally, I favour the 1st one a hair more, as I was never a fan of changing the Penguin to the degree that they did, though I have come to accept the DeVito version we got in Batman Returns. Both films have their merits as both movies and as part of the Batman universe and in some cases, especially with Batman Returns, were trend-setters and influenced other Batman-related media. It is best to remember when people talk about how great the Nolan trilogy was and how bad the Schumacher movies were, that there were a pair of films that came before all of them and they were probably the best Batman movies of all.