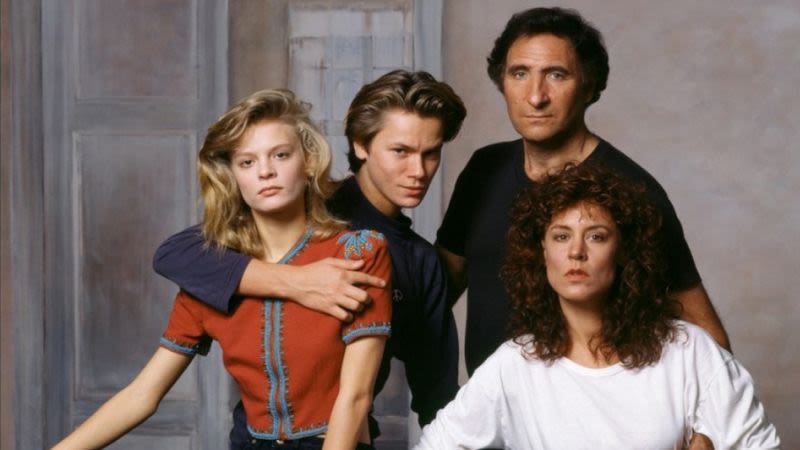 A profoundly moving coming of age drama with authentic performances.

Plot: The eldest son of a fugitive family comes of age and wants to live a life of his own.

Review: 17 years after free radicals Annie and Arthur Pope (Christine Lahti and Judd Hirsch) bombed a napalm lab and blinded and crippled a janitor, they’re still on the run from the FBI, going from town to town, adopting new identities and starting over about every six months. If it was just them, they wouldn’t have the weight of the world on their shoulders, but they have two boys: 17-year old Danny (River Phoenix) and Harry (Jonas Abry), both of whom have sadly gotten used to leaving their life behind to start again, never planting roots. Danny is finally feeling the strain of this life, and with his burgeoning talent with playing the piano, the music teacher at his newest school singles him out and takes pride in his student, giving him a chance to audition for Juilliard, which would have consequences for Danny’s family, who has taught him and groomed him to not go to college, for fear of being discovered as someone with no paper trail. Danny’s mother yearns for him to blossom and make his own way, but in order for him to do so, he would never get to see his family again. As Danny explores the possibilities, he also begins a romantic relationship with the music teacher’s daughter Lorna (Martha Plimpton), who loves him and learns his secret.

A profoundly moving coming of age drama with flabbergasting authentic performances, Running on Empty showcases young River Phoenix (Stand by Me, The Mosquito Coast) at a perfect moment in his career. Vulnerable, talented, and strong, he shines in this beautiful, but sad story about growing up. His co-star Plimpton (The River Rat, The Goonies) is also a standout, and both Lahti and Hirsch also give perfect performances in difficult roles. Director Sidney Lumet treats the subject matter with an intense sensitivity, and the script by Naomi Foner is knowing and wise. What a great film.

Warner Archives has just released an HD quality Blu-ray of Running on Empty. For many years, this movie was only available on home video in a full-frame presentation, but now it’s finally available in its intended presentation (1:78:1). It’s affordably priced to own.