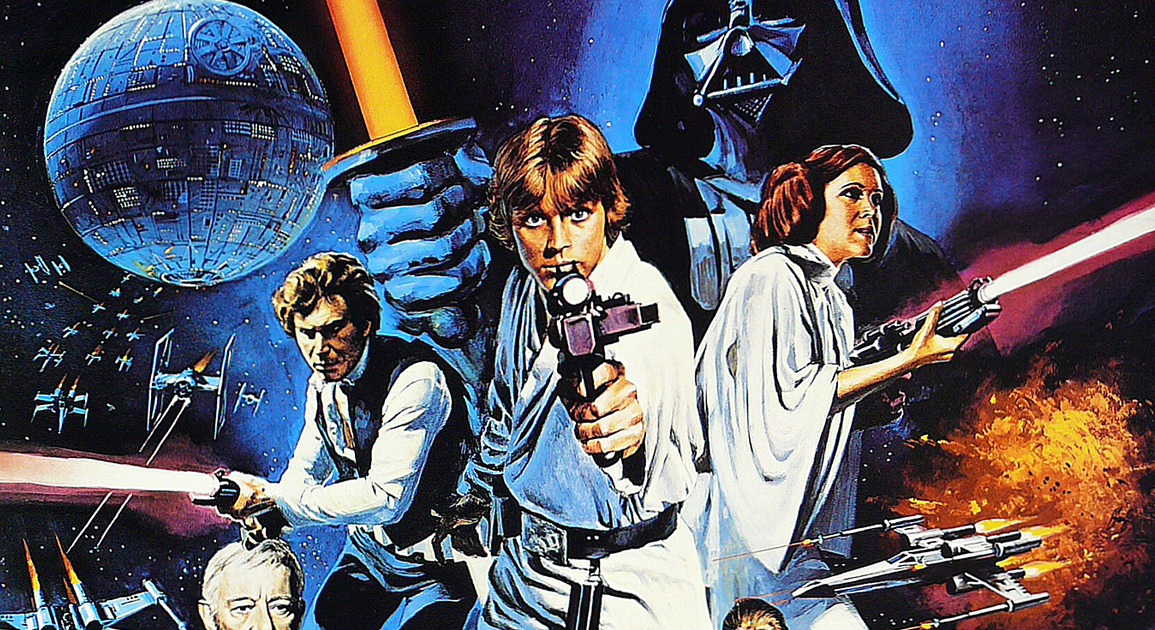 Star Wars vs. The Empire Strikes Back vs. Return of the Jedi

One question that I’ve always wondered is: did George Lucas have any inkling the pop culture phenomenon that he was creating when he was filming the first Star Wars film? I mean, when you create an entire universe, I’m sure that you’re hoping someone catches on to your dream, but even the most optimistic storyteller would be blown away by the popularity of the first three Star Wars films. There have been countless debates about which one is the best, and while I struggle myself to pick one among the litter, I’m going to take a crack at it and try and come to a conclusion about which one is the best.

The Setting: Basically, there are two different environments in the first film: Tatooine, which is desert and the cold, oppressive environment of the Death Star. Most of our heroes (Luke, Han, and Obi-Wan) are introduced in the desert (or light environment), and most of the villains (Darth Vadar and General Tarkin) are generally found on the Death Star (or dark environment). This is a good visual way of splitting the characters, but for a viewer, it’s not always the most exciting.

The Characters: You have several archetypes introduced in the first film: the young, enthusiastic hero, the wise master, the rascal with a heart of gold, the majestic monarch with a distaste for the rascal, and the imposing villain who seems to have merged with robotics (thus tapping into the audience’s inherent fear of technology taking over the organic). While there’s nothing ground-breaking here, the characters are easy to understand and either root for or against.

The Story: Young farm boy who believes he is destined for something grander goes on a great adventure, which is fraught with peril, with the entire future of the galaxy hanging in the balance. Lucas obviously borrowed from several serials, as well as myths and legends throughout history to craft his story and he does so with a simple directness that doesn’t try to pretend to be anything other than what it is: an epic space opera. While no one would mistake it for Citizen Kane, the story serves the purpose of transporting the audience to a galaxy, far, far away and thus accomplishes its mission.

The Action: The action in Star Wars has something for everyone.  For people who want thrills, you have narrow escapes, stealth, and sequences of deception.  For those who just want guys fighting, you have shootouts, not one, but two epic space battles, and a lightsaber battle with two master warriors.  There’s something for everyone in this movie, which partially explains its massive appeal to a wide range of people.

The Setting: In this one, you have three different environments, all with their own aesthetic appeal. You begin in the frozen lands of Hoth for the first third of the movie. From there, you join Luke on the swamp planet of Dagobah, while Han, Leia and the rest of the group travel through space, finally landing in the cloud city of Bespin. Each environment has its own danger, be it the environment, the inhabitants or worst of all, your own failings. For a variety of settings, there’s no finer movie in the Star Wars universe than this one.

The Characters: With the returning characters, this movie introduces three of the most enduring characters in the Star Wars universe: Lando Calrissian, Boba Fett, and Yoda. The first two are both mercenaries who can be bought, though one’s altruism is more apparent than the other’s. With Yoda, you have the epitome of the ideal of the Jedi Master: wisdom and skill beyond his tiny frame. While Boba Fett does not have much screen time, his look sparks the imagination about the man beneath the armour, and what his backstory may be. Lando, while initially appearing to be a scoundrel, actually seems like a more mature version of Han, as he has already taken on a leadership role with the citizens of Bespin.

The Story: Of all the stories in the Star Wars universe, this one probably stands out the most. Why? Because simply put, the good guys lose. By the end of the film, Han has been frozen and taken to Jabba the Hutt, Luke has lost a hand and is devastated that Darth Vader is his father, C-Threepio is in pieces, and the rebel alliance has been shaken to its core. The sheer guts to take a bunch of much-loved characters and put them in such compromising situations with no clear resolution is admirable. It’s hard to make the villains a threat, especially after their own staggering loss from the first film, so the fact that this film does it so effectively is mind-blowing.

The Action:  The movie doesn’t quite have the epic battles like the first one does (save for the battle on Hoth which was beyond impressive), but the movie doesn’t really need it, as this story was more about the personal journey of all the characters, be it Luke training on Dagobah or Han and Leia discovering their love for each other on Bespin. You do get an impressive space chase with the Millenium Falcon which includes a harrowing excursion through a creature’s mouth, but other than those two sequences, the film is light in what you may term action.

Setting: We return to Tattooine for the third installment. While this could be viewed as a bit of a disappointment, we do traverse through the lair of Jabba the Hutt, whose gargantuan palace hosts danger almost around every corner. From there, we spend most of our time again in space, on the new Death Star and on the forest moon of Endor. Overall,  the settings in this film lack the uniqueness of the first two films as we either rehash old territory are spend our time in a setting that is very generic.

The Characters: The two biggest additions to the cast in this film were Jabba the Hutt and the Ewoks. Jabba came as advertised, an oversized threat to our heroes who lords over a loyal battalion of cutthroats and warriors. His death at the hands of Leia feels like the first major victory that our group enjoys since the initial destruction of the Death Star, underlining the importance of his character. The Ewoks are a divisive lot; some people are taken in with the cuteness of the character design while others scoff at their ability to be major allies for the rebel alliance.

The Story: This movie had both the easiest and toughest job of the entire trilogy. On one hand, it had to conclude the story in a satisfactory manner, which is almost impossible considering the myriad of expectations that people had for the movie. On the other hand, everything was all set up for them. Therefore all it had to do was resolve the numerous storylines already established. However, the movie does make the mistake of rehashing one of the original stories and bring about the return of the Death Star, proving that the Empire is stagnant in their strategic thinking and thus incapable of matching wits with the rebel alliance, who have already shown an expert manoeuvrability by shifting their base locations between films.  It is this failing that prematurely hints to the viewer that the Empire is doomed to repeat past mistakes and will inevitably fall to the rebels.

The Action:  Of all the films, this one had the most action, hands-down. You have Luke facing off with the Rancor, the huge skiff/Jabba’s barge battle, a speeder-bike chase, and three major skirmishes simultaneously playing out at the climax of the film. While it may be lacking in other areas, the movie is a satisfying delight in viscerally and effectively finishing up the series with a number of memorable battles.

The Verdict: While Star Wars introduced us to this unique universe and Return of the Jedi was one of the best third films in the trilogy, I conclude that The Empire Strikes Back is the best of the trilogy. The film combines great locations, memorable new characters, evolving old storylines and daring to end the film with the villains triumphant to stand out as the seminal film in an already legendary trilogy. I hope you have enjoyed this post… and may the Force be with you.