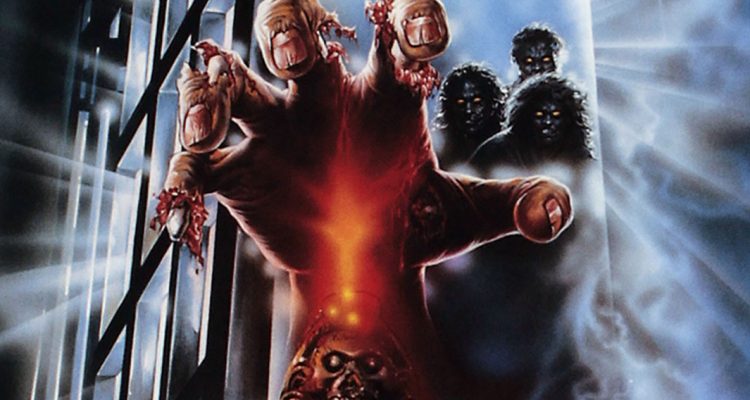 It’s fun for what it is, and more entertaining that Zombie 3, but just don’t expect it to make any sense. Severin’s release is pretty sweet and comes with a soundtrack CD.

A young woman returns to an island where her parents were devoured by zombies when she was a child, but calamity awaits her and her friends.

When she was a child, Jenny (Candice Daily) barely escaped with her life as her scientist parents were devoured by zombies in the jungle just outside the laboratory where they were working on some kind of life rejuvenating serum. The living dead overran the tropical island and fate brings Jenny back to the island some 20 years later, only this time she brings friends. Feeling uneasy about being back, Jenny can’t quite remember what happened all those years ago, and her friends (a randy bunch, all rough around the edges, which is weird considering that Jenny stands out from the rest) just want to have some fun on the island, not realizing that Jenny has a history with the place. Meanwhile, three treasure hunting explorers are on the other side of the island, and when they venture into a cave they find a “book of the dead,” (it literally says “Book of the Dead” on the cover) and read some accursed words, which bring to life all the zombies that have been lying dormant in the jungle for decades. Only one of the three adventurers makes it out alive – Chuck (gay film sensation “Jeff Stryker” a.k.a. Chuck Peyton), who is in way over his head. By the time Chuck stumbles upon Jenny and her friends who are in the middle of a do-or-die survival situation from an onslaught of the living dead, several of Jenny’s party have already been bitten and have changed into gut munching zombies. When it’s down to just Chuck and Jenny, they have to flee for their lives, but by then it may be too late to leave the island alive.

From director Claudio Fragasso, After Death is a wild one in the annals of Italian zombie films. It has talking zombies, voodoo rituals that result in pits of hell opening up, rock and roll songs on the soundtrack (well, just one song that plays over and over), and an ending that made absolutely no sense at all. It’s fun for what it is, and more entertaining that Zombie 3, but just don’t expect it to make any sense. The gore effects are gloppy and plentiful, and both Daily (who died of an apparent murder in 2004) and Peyton make a good onscreen pair. Filmed at the same time on the same sets as Strike Commando 2 with Brent Huff.

Severin Films released a limited edition Blu-ray / soundtrack CD combo set of After Death, and the HD transfer is nice and crisp with plenty of warmth and grain. It looks and sounds better than it ever has before on home video, far surpassing the Shriek Show DVD from over a decade ago. Special features include a new on-camera interview with Peyton, an archival interview with Daily, interviews with Fragasso and the screenwriter, as well as behind the scenes footage, and the trailer. 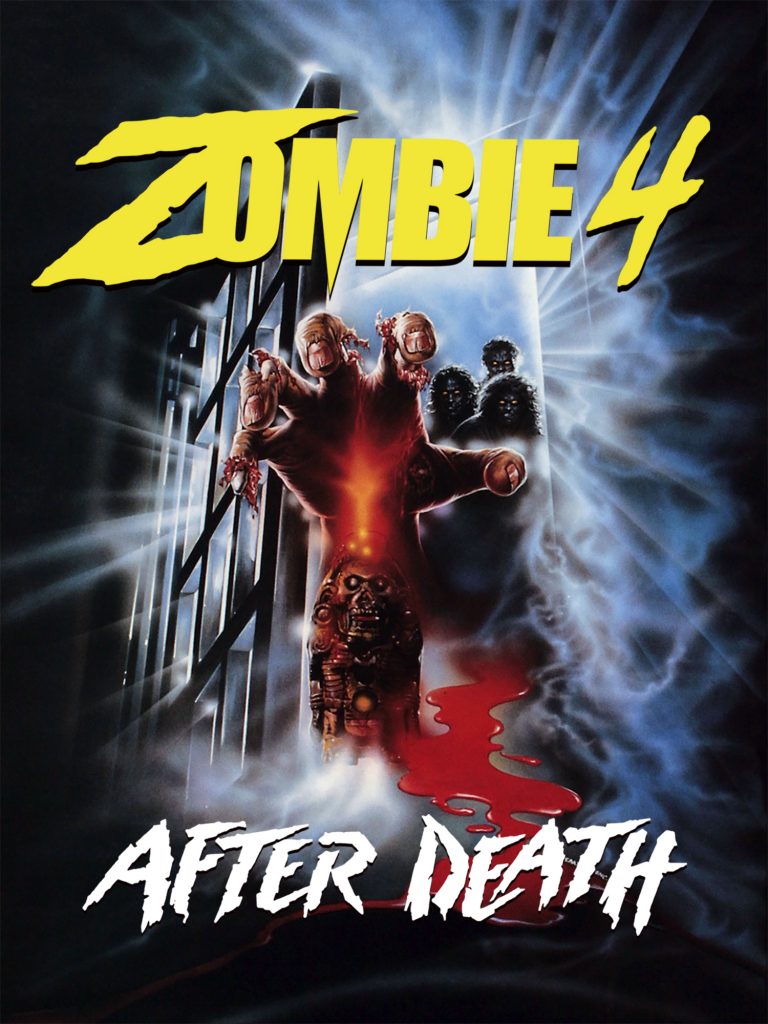