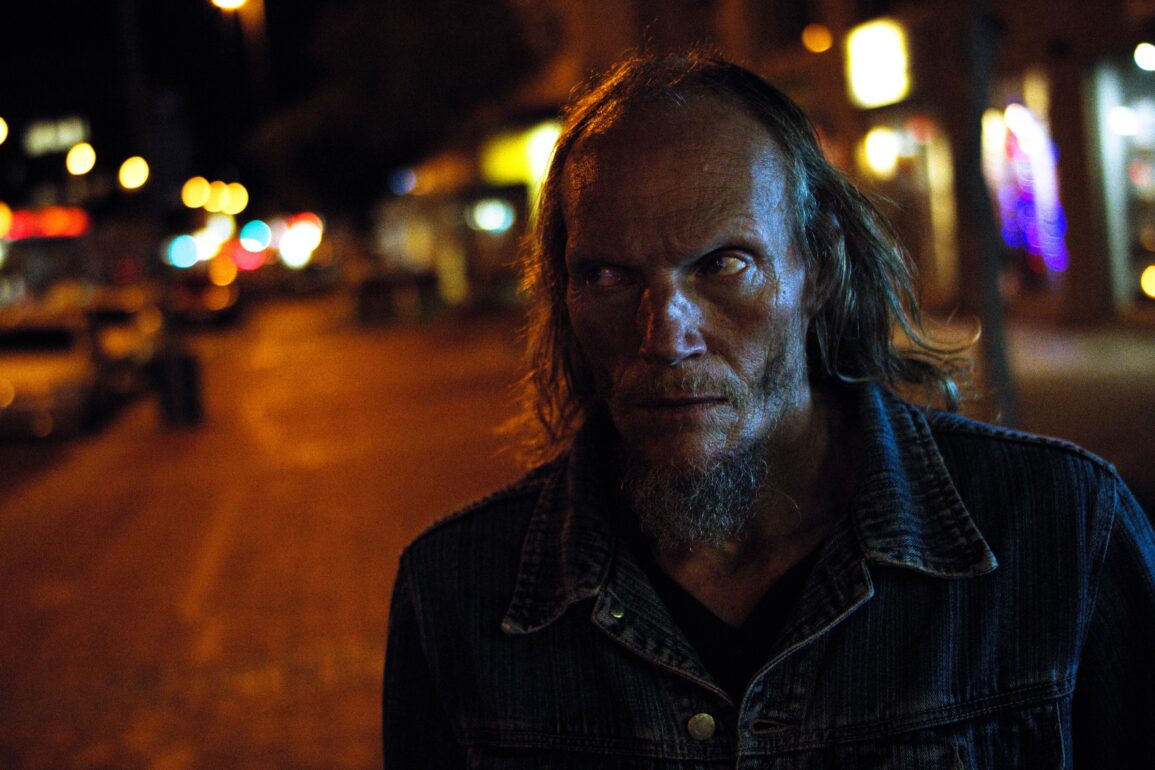 A flipside to the esoteric and haunting (and inaccessible) Under the Skin with Scarlett Johansson, Fried Barry is a pretty pointless freak show with graphic content (the film is UNRATED) and a no-holds-barred approach to a theme that has been done much better in other movies.

An alien possesses the body of a lowlife in Cape Town.

A lowlife scumbag named Barry (Gary Green) has a wife and kid at home, but he all but abandons them on the daily to seek out and score drugs. He’s trash on two legs, and his life in Cape Town is monotonous, but when a space ship pulls him up in a beam one evening, he is probed, stripped of his self and an alien inhabits his body, depositing itself back on earth for an experience of daily life as a human. It’s too bad it chose Barry’s body to inhabit: Barry’s already half “fried,” as they say, and the alien experiences everything for the first time. It takes Barry through the night, cruising the dregs of Cape Town, finding every dark corner and alleyway, experiencing drugs, highs, sex, violence, and all sorts of wild sensations. When Barry / alien goes to a nightclub, they get high real fast and hard, then are taken to a woman’s house, where they experience sex for the first time (it’s weird, but not as weird as their next sexual encounter). Later, Barry / alien has sex with a prostitute without a condom, resulting in an instantaneous alien birth, which gets messy. By the next evening, Barry / alien has somehow managed to save a bunch of enslaved children from a psychopath child killer with a chainsaw, but instead of being lauded a hero, Barry / alien ends up in a mental institution where they become a sort of savior to the lunatics inside. Barry / alien’s experiences also include making amends for Barry’s home life, and also dying for the first time and being resurrected. If the alien learns anything through Barry’s eyes, it’s that being an earthling is filthy and full of sensory overload.

A flipside to the esoteric and haunting (and inaccessible) Under the Skin with Scarlett Johansson, Fried Barry is a pretty pointless freak show with graphic content (the film is UNRATED) and a no-holds-barred approach to a theme that has been done much better in other movies. Even E.T. did this stuff, but with care. It sort of feels like an unhinged Terry Gilliam-styled movie (think Fear and Loathing in Las Vegas crossed with Tideland), and so if that type of a “trip” isn’t your thing, then steer way clear of Fried Barry. Written and directed by Ryan Kruger.

RLJE’s Blu-ray release of Fried Barry comes out this week, and it has some special features on the disc, including a filmmaker commentary, a making-of feature, the short film that inspired the film, deleted and extended scenes, and more. 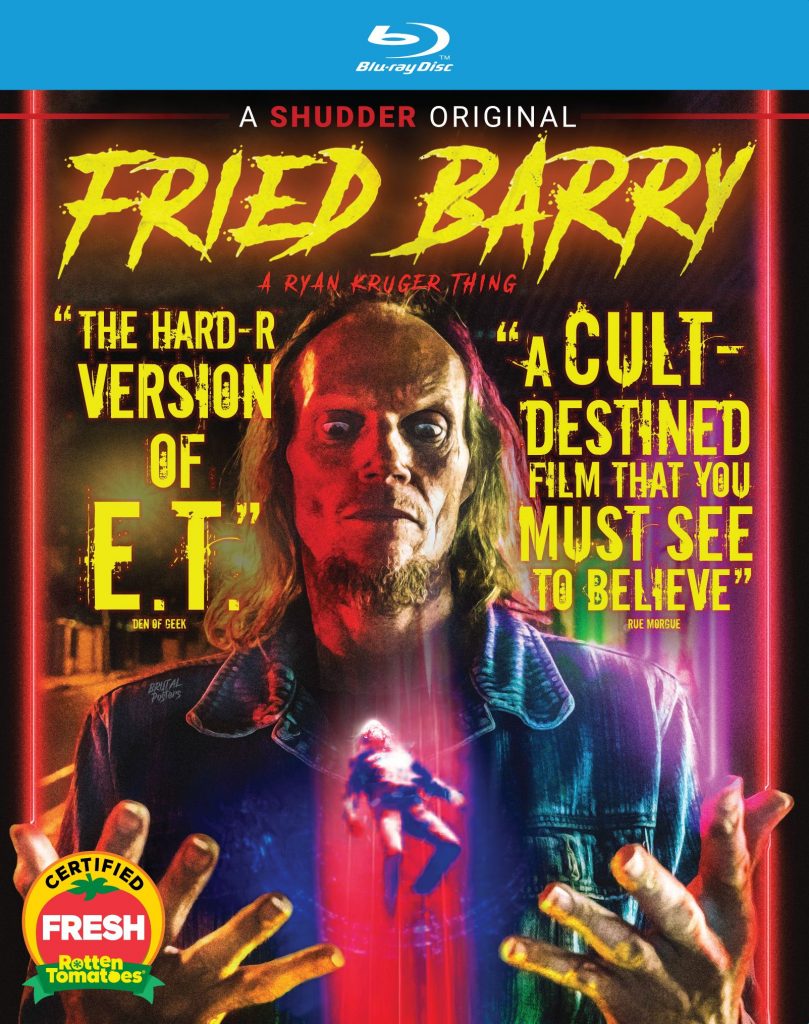