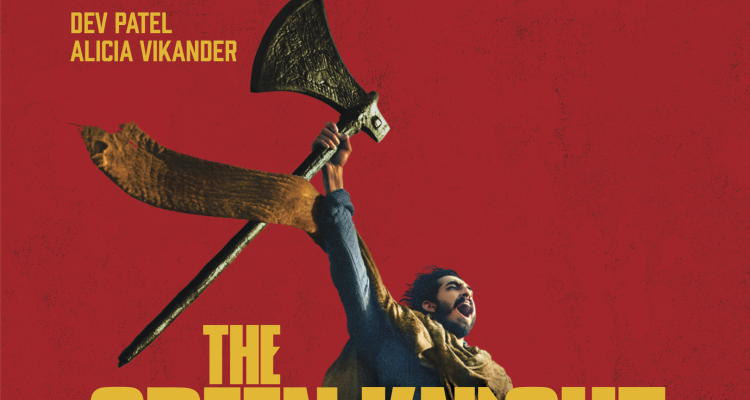 From writer / director David Lowery, The Green Knight is a once-in-a-generation treasure of a fantasy film done in the classic style.

A knight takes a ghostly green knight’s challenge that will send him on a quest of honor and truth.

Gawain (Dev Patel), it seems, is the illegitimate son of King Arthur (Sean Harris) and Morgan le Fay (Sarita Choudhury), a witch who is allowed a stay in the kingdom should witchcraft or sorcery be needed. Arthur is an old, sodded king: He’s bored and has mostly ignored his son Gawain, but there comes a Christmas when a tale is all Arthur desires as a gift of anyone who would tell one, and he calls upon Gawain – young, handsome, and untested – to tell a story, but Gawain comes up dry. Not to worry, says Arthur. The day will soon come. And the words are hardly out of his mouth when an otherworldly Green Knight (Ralph Ineson) clops into the mead hall, daring Arthur’s good knights to a game: One axe blow for another. No one volunteers, and so Gawain has his chance to offer this as a gift to Arthur: He’ll play the weird knight’s macabre game. Gawain takes his swing, and beheads the creature, but the Green thing does not die. It demands its blow, but not today, no: One year hence. Gawain is taken aback by all this. Did he do it right? Arthur is pleased at Gawain’s gallantry, but knows in his bones that Gawain will be tested ahead. The year passes quickly, and Gawain has no choice but to complete the Green Knight’s game, which means he’ll need to undertake a quest into the wilderness to find it. His mother supplies him with a belt that will protect him against anything – temptation, mortal wounds, doubt, and even his own self-respect and manhood – and he’s off. And so begins Gawain’s test, and there’s nothing ahead that he need fear … except betraying himself over to self-preservation over honor.

From writer / director David Lowery, The Green Knight is a once-in-a-generation treasure of a fantasy film done in the classic style. Think Ladyhawke or Willow but without the youthful energy. It’s a far more mature piece of work than most fantasy films, and it feels like it’s been captured right out of the original Arthurian legends, authentic and magical with an indelible sense of time and place. It’s by far the strongest and most striking adaptation of the Sir Gawain and the Green Knight story, and Lowery proves himself to be an artistic force to be reckoned with in the fantasy realm. I already knew he was a great director with films like Ain’t Them Bodies Saints and Pete’s Dragon under his belt, but The Green Knight is a whole other level of greatness.

Lionsgate will be releasing The Green Knight in a Blu-ray / DVD / Digital combo pack (4K Ultra HD is also available) on October 12th. Special features include a making-of feature, a visual effects featurette, and the trailer. 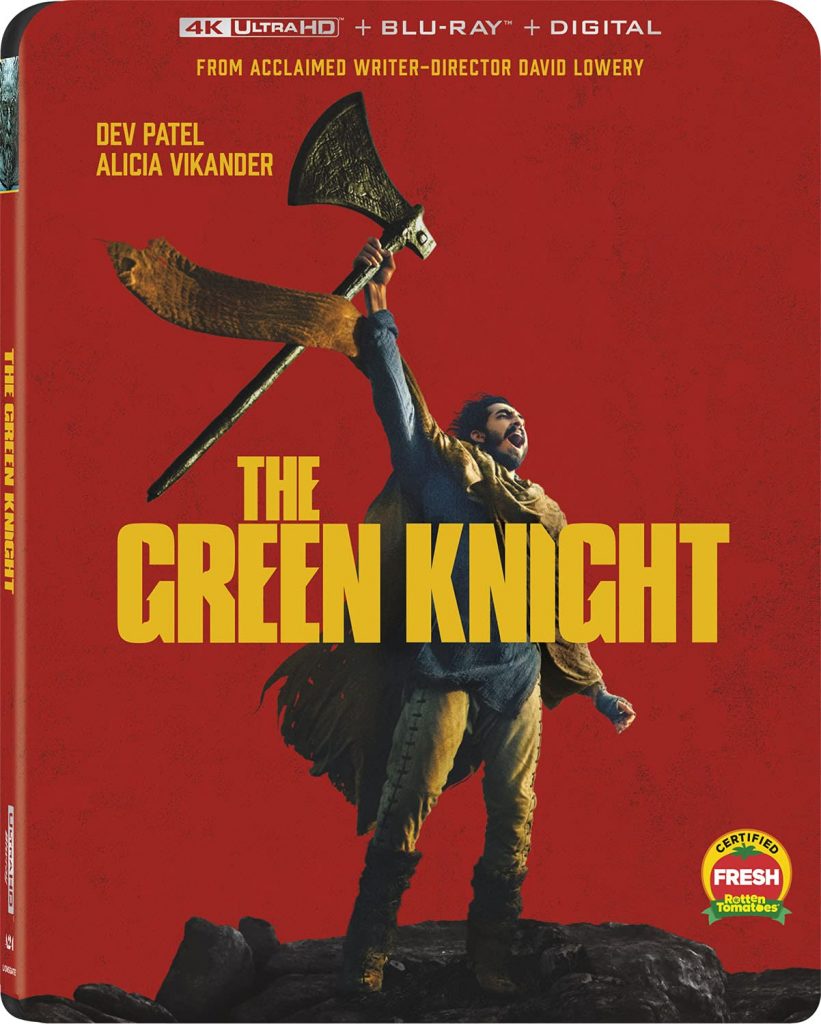