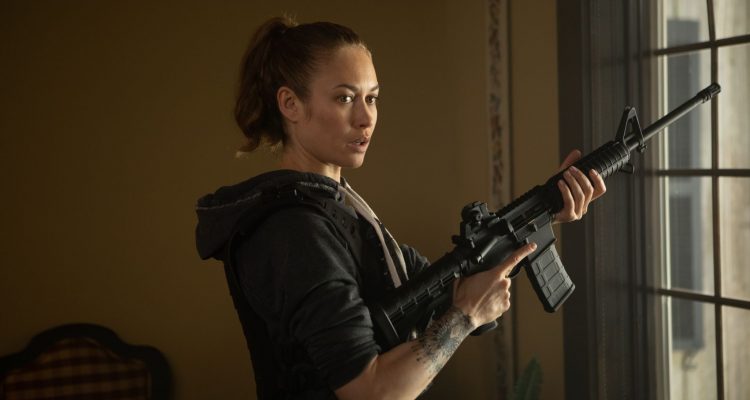 While I enjoyed aspects of Jesse Johnson’s White Elephant (including a great score by Sean Murray that sounds like it belongs in a film from the ’70s), the movie only gives about half of what I wanted from it.

A pair of “cleaners” are tasked with killing a witness to a murder.

Mob enforcer and seasoned “cleaner” Gabriel Tancredi (Michael Rooker adding easy panache) is phasing out and has trained a younger, faster, but not necessarily wiser, replacement named Carlos (Vadhir Derbez). When Carlos screws up a hit, there are two witnesses: Two undercover cops are staking out the area and get a good look at Carlos. One of them is Vanessa (Olga Kurylenko), and she’s far more formidable than anyone would expect. Gabriel and Carlos’s boss (played by Bruce Willis whose presence is more of a distraction than a bonus) orders the two witnesses to be killed, and when Carlos comes at Vanessa, he fails spectacularly – twice! Gabriel has to clean up Carlos’s mess (literally), and while they must go about eliminating the dark horse that Vanessa turns out to be, Gabriel suddenly has a midlife crisis and sees something of his beloved (and deceased) wife in the woman that Vanessa is. Instead of playing ball and honoring the contract, he turns against his boss – and Carlos – and joins Vanessa in a last stand for their lives and a chance to be free of his obligations to the mob.

From co-writer and director Jesse V. Johnson, White Elephant is very much a character study done in the style of ’70s action films, and might once have starred someone like Lee Marvin, James Caan, or Warren Oates in the role of Tancredi. Rooker elevates this movie and without him, Johnson’s script might’ve slumped its shoulders and fallen to its knees without Rooker’s class and charisma. The movie has some great introspective moments for Rooker, and even when he’s not saying a word or walking down a hallway, he’s giving the film life.

The movie fails in its casting of the other actors, namely with co-star Derbez, who is severely outclassed by Rooker. I’ve never seen this guy before, but he doesn’t fit in this film and he reminded me of the villain in the terrible Dwayne Johnson movie Faster, which cast a Eurotrash actor as some kind of elite assassin. A roll like this needs excellent casting (think Jan Michael Vincent in The Mechanic), and Derbez is like a square block with an awkward accent. Also, as much as I like Kurylenko, I found her miscast in this one. She’s really good when she’s in the right roll, but here I found her wildly out of her element. I never bought her as a cop or one that could handle herself with a gun, but if you’re willing to suspend your disbelief for a while, I suppose it’s just acceptable.

John Malkovich has a few scenes where he recites long, drawn-out historical stories with life lessons (a Jesse Johnson specialty), but it’s inappropriate this time in the context of this movie. When he stops to tell Rooker a story about Rome, or whatever, right when he’s about to visit their boss in the hospital, it grinds the movie to a halt. Just shut up and let the man pass, but the movie wanted to milk Malkovich for one more scene, and so we get the story he’s supposed to say.

Bruce Willis, as we know, has had a sad and depressing descent into movies that don’t deserve him over the last half-decade or so. I watch them all, and it’s because I want to support his efforts, but some of his recent (and apparently final, as he has officially retired) performances are like watching a deer in headlights. He seems dazed and confused sometimes, and when he recites the dialogue it’s almost like he doesn’t realize what he’s saying. He smiles when he shouldn’t, or he nods to something that shouldn’t be reacted to at all, or he doesn’t react in a timely fashion. In this film, he is sitting next to his wife in a cafe and she gets gunned down and murdered in front of him, but he doesn’t react properly. He robotically takes direction and does what he’s supposed to do, but it doesn’t feel human. When we see him next, he’s at a hospital and he doesn’t behave like a grieving man would. He just recites lines. It’s really weird, and so it’s difficult to accept him in this movie in any way. It’s one of his stranger performances, and the movie would have been much better served with a different actor in the role. Even Eric Roberts at this point in his career would have delivered a better and more credible performance than Bruce Willis.

Another crucial element that I was frustrated by: The editing and fight choreography were always a hairclip off. Every action scene and gunfight, every trigger pulled felt a half a heartbeat out of synch. I don’t know who or what to blame for this. Was it the editor? The fight choreography? The direction? The placement of the camera? I don’t know, but there was a lethargy to the way the movie was assembled and presented.

And, so while I enjoyed aspects of Jesse Johnson’s White Elephant (including a great score by Sean Murray that sounds like it belongs in a film from the ’70s), the movie only gives about half of what I wanted from it. I expect Johnson’s films to deliver solid action, old-school, ’70s-reaching character dynamics, and manlier-than-usual storytelling, and while the movie does achieve a modicum of what it aspired to be, it also let me down only because I expected more from it.

RLJE will be releasing White Elephant will be out on Blu-ray and DVD on August 2nd. 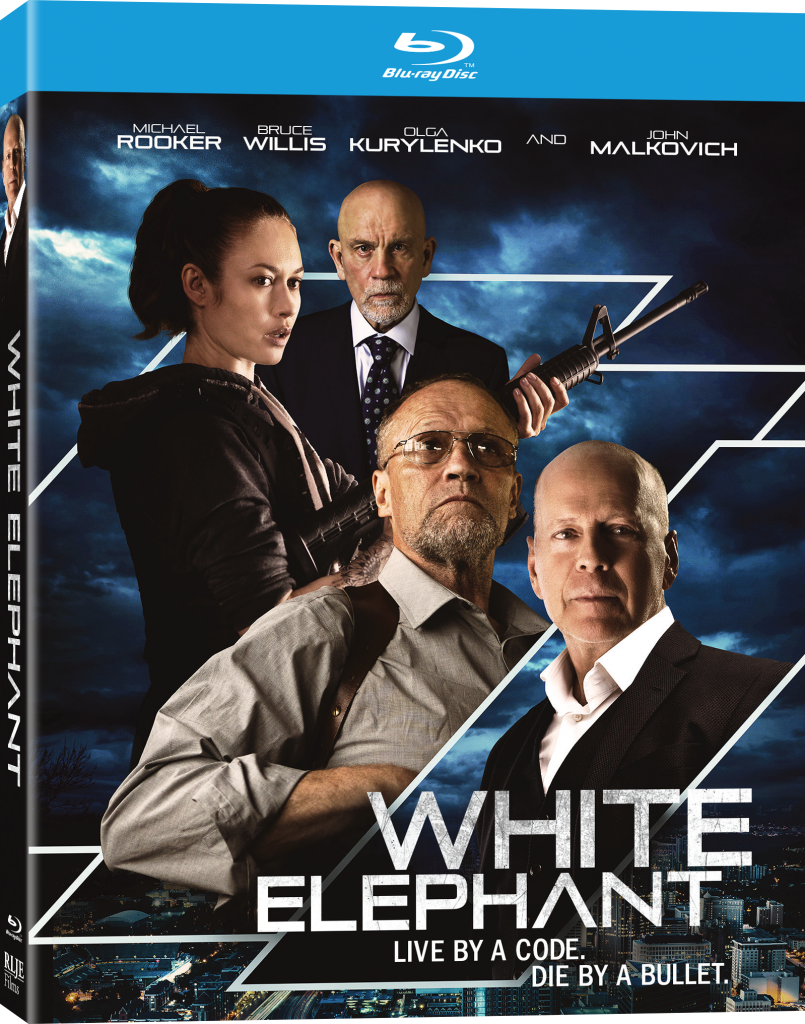