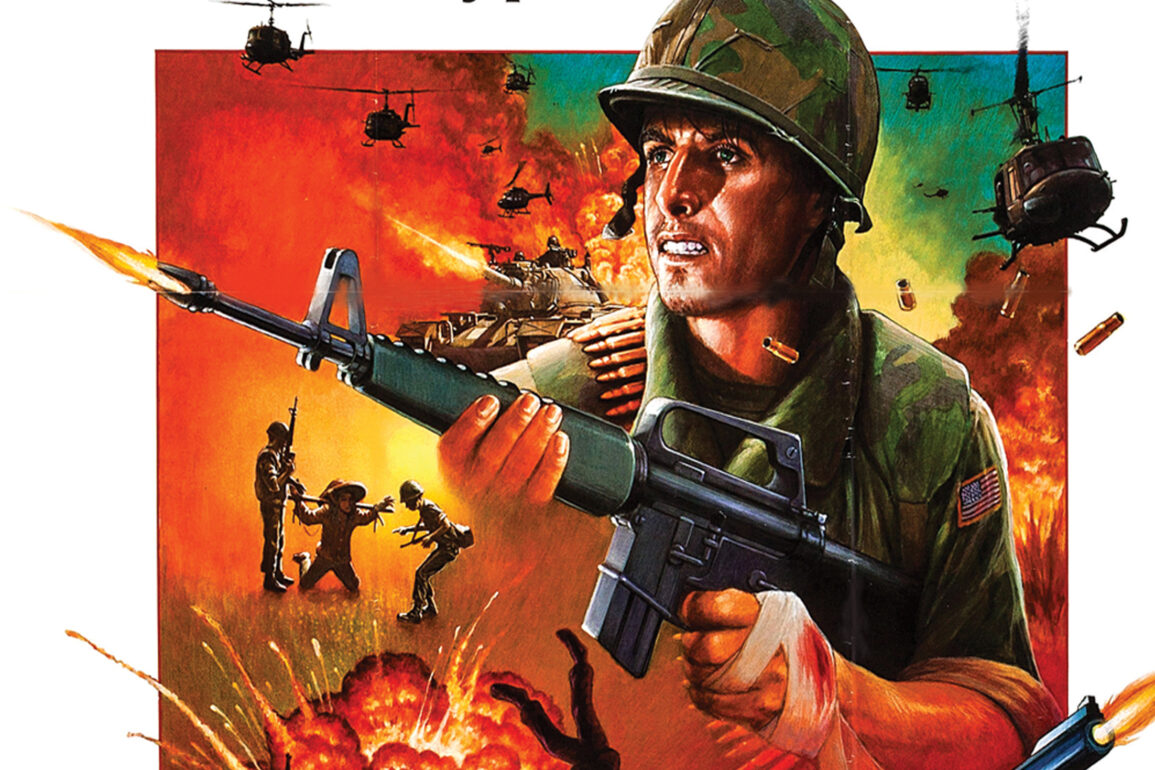 It’s a daring, self-hating nightmare of a movie, and it offers nothing but pain, ugliness, and the pure shredding of the spirit for your efforts to watch it. For that, it is a resounding success, but the audience for this is very limited and should be approached with extreme caution and wariness.

A Vietnam veteran is beaten down by the harsh reality of being back home.

Frankie (Rick Giovinazzo) goes from one fresh hell to another when his time of service in Vietnam takes him to a torture pit as a POW to a wounded soldier who spends three long hazy years in a hospital getting hooked on morphine. His father is told that he was killed in action, and so when Frankie comes home to his girlfriend, they try making a go at it, but it isn’t so easy. They have a severely disabled and mutated creature for a child (Agent Orange is mentioned as the cause), and Frankie simply can’t muster up a job to put food on their table. He owes a local loan shark quite a bit of money, and no matter what he does, Frankie is stuck in a cycle of poverty. His wife berates him and puts him down, and their existence is nightmarish, hellish, and akin to vermin, scrounging for anything to eat as they face eviction from their disgusting apartment. Frankie goes outside for a walk to the local employment office and encounters thugs who want to mug him, kill him, and strip him of the last shred of dignity he has left. He is plagued and haunted by visions and memories of his days as a confused, frightened soldier in Vietnam, a murder that he committed in the jungle of an unarmed woman, and he has nothing but guilt and shame to rely on. When he gets desperate enough to rob a passerby of her purse, the decision gives him a way out of his misery … but first he’ll have to face the loan shark and his thugs who will kill him if he doesn’t pay what is owed.

A truly miserable experience wrapped in a grimy, uncompromising package of scum and sorrow, Combat Shock is a one-of-a-kind drama that feels amped up and overstuffed even at its ultra independent, extremely low budget level. It packs in so much degradation and hopelessness into 97 minutes that few other movies can even approach it for its complete and utter soul-scooping plunge into oblivion. It’s a daring, self-hating nightmare of a movie, and it offers nothing but pain, ugliness, and the pure shredding of the spirit for your efforts to watch it. For that, it is a resounding success, but the audience for this is very limited and should be approached with extreme caution and wariness. Director Buddy Giovinazzo (brother to the lead actor) delivered a highly unique piece of cinema here that feels ahead of its time, but the fact that it arrived when it did speaks volumes from a cinematic and geo-political and social construct standpoint.

Troma’s new Blu-ray release of Combat Shock comes in a vivid full-frame high definition transfer, and includes a bonus disc of bonus features, which include a new interview with the director, a needless intro by Lloyd Kaufman (I hate his condescending and irreverent introductions) and quite a few others. 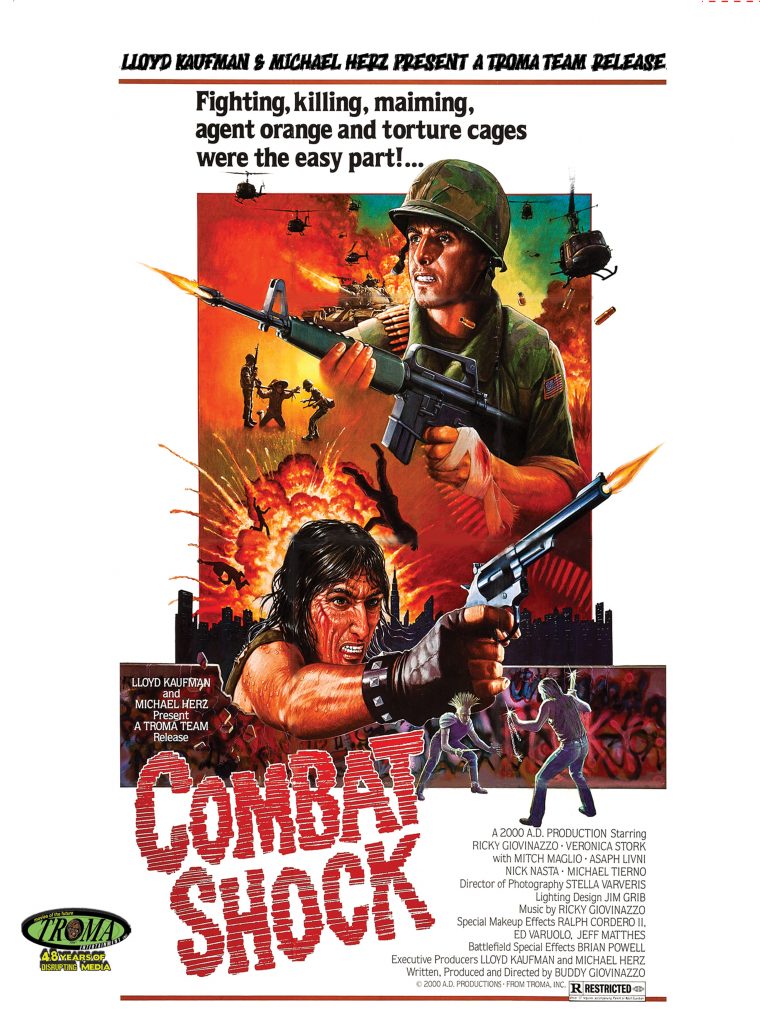