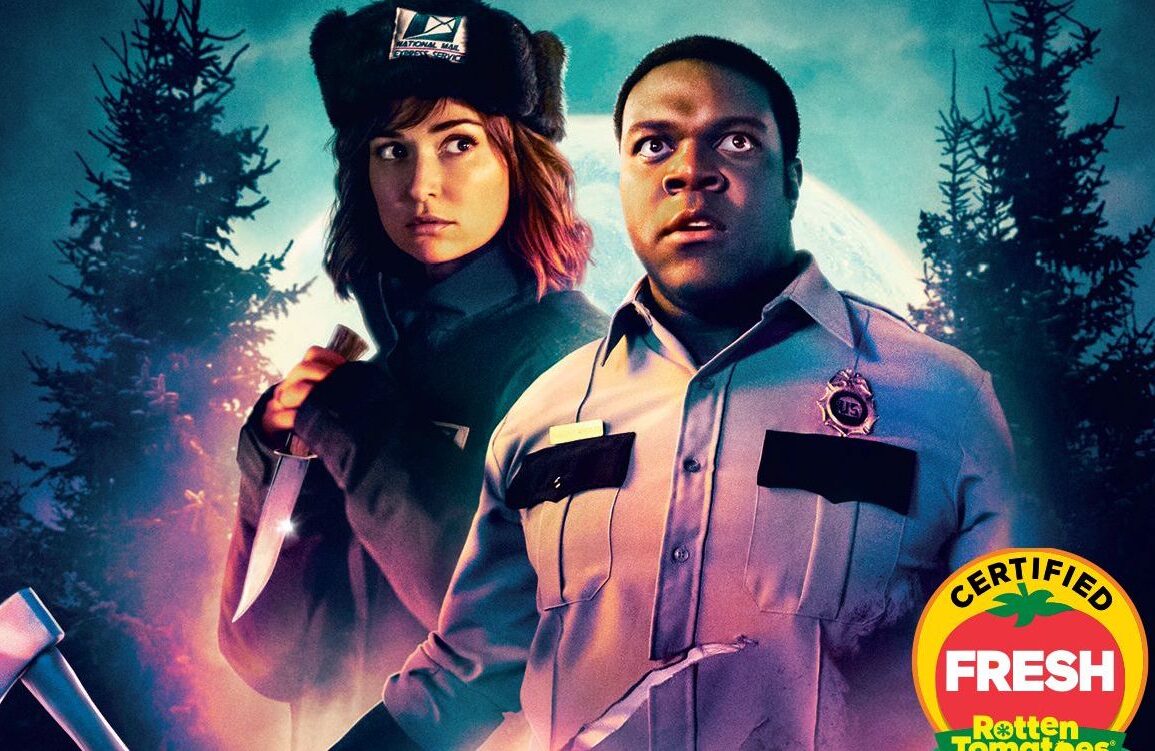 A treat for anyone who enjoys horror movies and werewolf pictures, this is a good one, and best viewed with company.

A new forest ranger comes into a small, wintry community, and his first day is filled with (comedic) horror when it appears that a werewolf is killing the community off one by one.

Finn (Sam Richardson) is the new forest ranger in a sleepy, wintry hamlet town called Beaverfield, and his first new acquaintance is the mail woman Cecily (Milana Vayntrub) who attaches herself to him as both a guide and a possible romantic interest, although Finn has an on-again-off-again girlfriend he communicates with by phone. The town is full of an odd assortment of characters, including a standoffish (to put it mildly) woodsman living in a cabin by himself, an outspoken but moronic white trash couple, a wealthy gay couple, a bed and breakfast / lodge owner whose husband has gone missing, and more. We already know what has become of the woman’s husband (he was mauled and / or eaten by a creature in the woods in the first scene), but when his mangled corpse is found by Finn, it’s his duty to quarantine the whole town in the lodge to get to the bottom of the man’s demise because the corpse was found underneath the slats of the lodge, implying murder. When everyone gets rid of their guns (in a scene that had me laughing) for fear of harming other people, the body count starts to rise, suggesting that there’s a killer – or more specifically, a werewolf – in their midst. And indeed there is! Finn, Cecily, and the rest must systematically rule out who is and who isn’t a killer werewolf within, but it’s not going to be easy figuring it out.

A whodunit mystery comedy in the style of Clue or an Agatha Christy story with some genuine laughs and thrills, Werewolves Within covers all its bases as a social commentary and spoof on wokeness and various other movie genres. It’s a fun, sprightly little horror movie that never focuses in on the horror genre, but it’s certainly a treat for anyone who enjoys horror movies and werewolf pictures. It’s a good one, and best viewed with company. Astonishingly, it’s based on a videogame I’d never heard of, and was adapted by Mishna Wolff, and directed by Josh Ruben.

Released theatrically in the summer of this year, but only now coming to Blu-ray and home video, Wereolves Within will be available to purchase on December 7th from IFC Films. No special features are included. 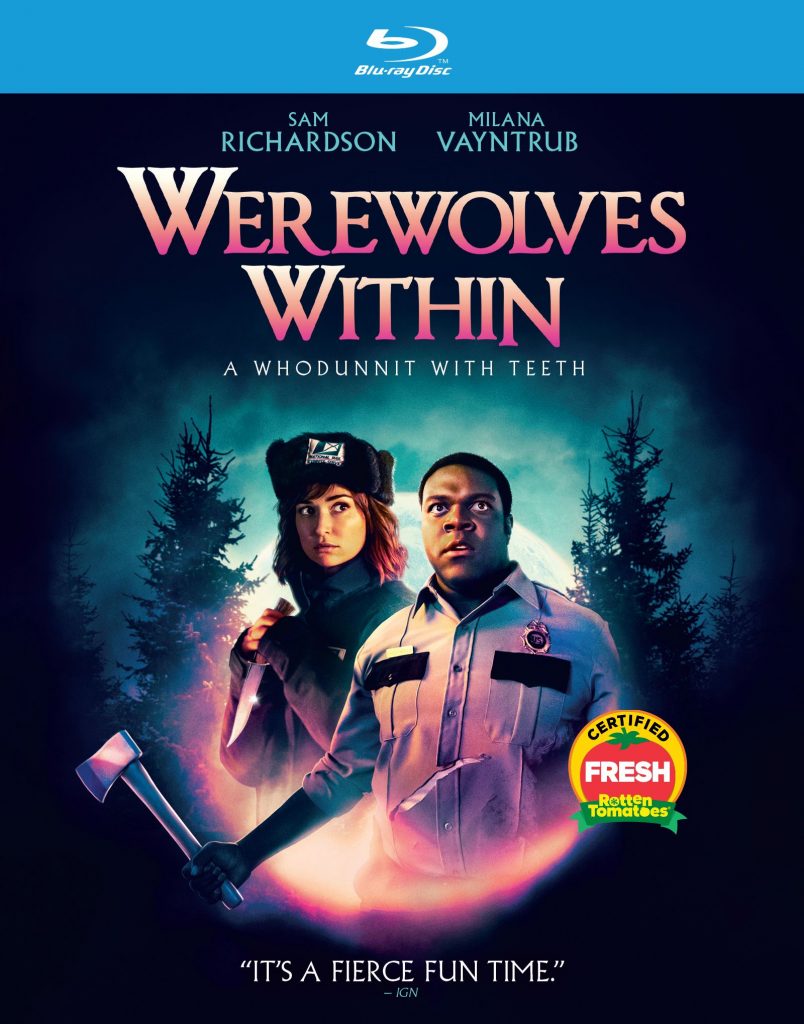