I hadn’t seen this before and when it was released I shrugged it off as trash, but I can happily report that it’s a fun little movie with a lot of heart and spirit. The music isn’t terrible either!

An indie band suddenly skyrockets to stardom … but at what price to them and to the whole world?

Playing gigs at bowling alleys for twenty bucks minus fifteen bucks for shoe rentals, Josie (Rachel Leigh Cook), Melody (Tara Reid), and Val (Rosario Dawson) are so far away from the cusp of stardom that it would take a miracle to get them noticed by anyone for a chance at their shot. When an immensely popular boy band dares to ask questions about a weird subliminal sound underneath their songs, their handler – Wyatt Frame (Alan Cumming) – sends the entire band and their plane crashing to their demise. Wyatt and the record company he works for – MegaRecords – are in need of a new band, and completely by chance he spots Josie and her pals on the street looking exactly like the product he’s looking for! Before even hearing any of their songs, he signs them all to a major record deal and thrusts them into the spotlight, making them instant superstars. But MegaRecords is clearly not about the music, but much more about creating a demand for products, food and beverages, and even fashion, lifestyle choices, and a public perception of reality through subliminal messages underneath the music they sell to rabid fans all over the world. When Josie and the Pussycats realize that they’ve been duped – along with everyone else on earth – they dial off the subliminal messages in their music and just play it to a massive crowd … and their music wins the day!

Pretty smart and savvy for having been based on what I always considered a throwaway comic book, Josie and the Pussycats is delightfully dated now that CDs are basically a thing of the past, and while this movie is all about the CD-selling craze before digital downloads killed the music industry, the movie still works for its message and its charming cast. I hadn’t seen this before and when it was released I shrugged it off as trash, but I can happily report that it’s a fun little movie with a lot of heart and spirit. The music isn’t terrible either! From directors Harry Elfont and Deborah Kaplan.

Mill Creek has just released a 20th anniversary Blu-ray edition of Josie and the Pussycats that comes packed with special features, including a commentary by the directors and the producer, plus a behind the scenes feature, some music videos, and more. 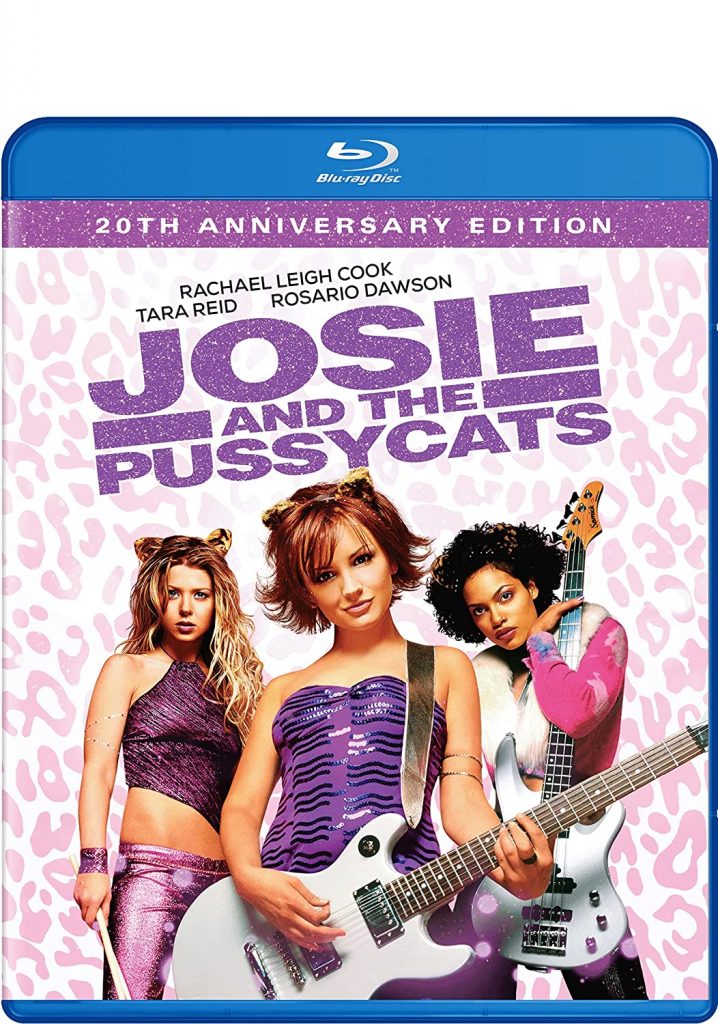