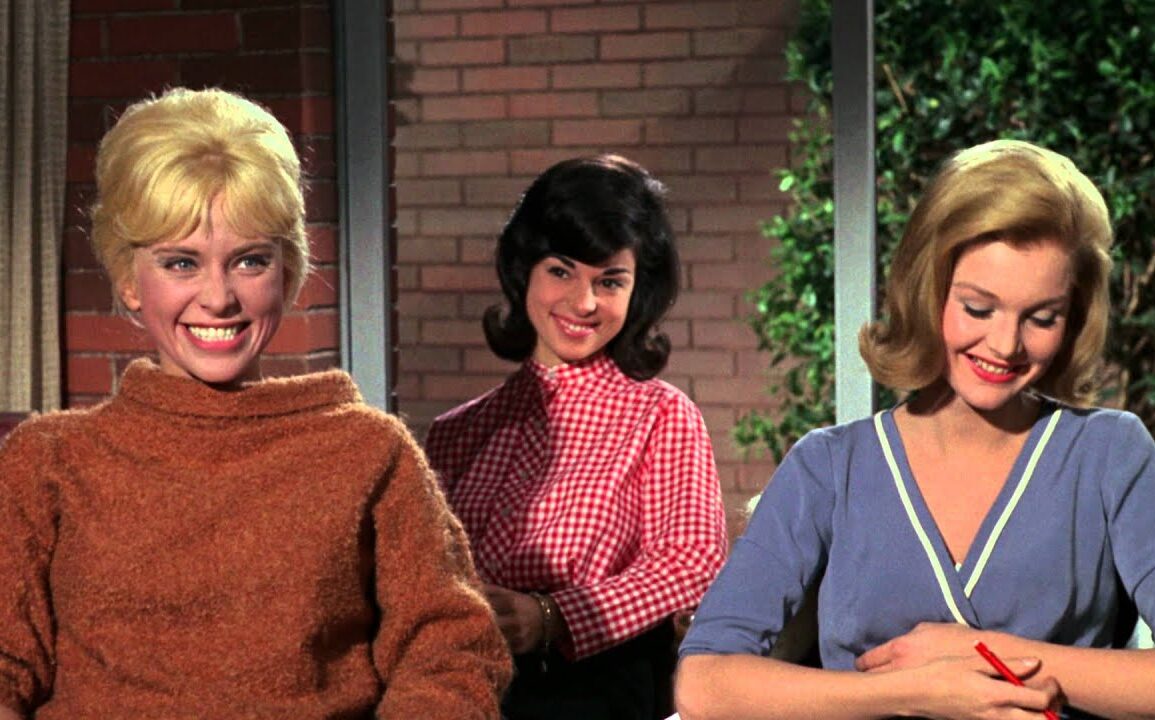 An unappealing fluff of a film with a pair of loathsome lead characters and few laughs to be found.

Summary: I don’t have an extensive history with 60s sex comedies. In fact, I haven’t seen many sex comedies, period. I guess American Pie is one (I loathed it) and the first three Porky’s movies (which I generally found alright). However, this one starred Jack Lemmon, and it was part of the pack of his films on DVD that I was watching, so I figured, what could it hurt?

Well, it hurt plenty. Under the Yum Yum Tree is a substandard film. Most of that is owed to the quality (or lack thereof) of their leading characters. Sadly, this includes the Jack Lemmon part.

Don’t get me wrong; Jack does his best with the role. Unfortunately, instead of charming and roguish, which I assume they were going for, he comes across as creepy and manipulative. His character spends most of his time either spying on the couple next door either through a window or listening through their door, or barging in at all hours through a set of spare keys that he keeps. He tries to take advantage of the Carol Lynley character at every opportunity, which wasn’t endearing, just sad and borderline uncomfortable. By far, it was the worst Jack Lemmon character I’ve seen on screen to date.

Unfortunately, Carol Lynley wasn’t much better. Her character is written as if she is an intellectual who is trying a new form of relationship and love management with her boyfriend, but she just comes across as a naïve bubblehead who has her head so far up her own ass that she is clueless about what her “platonic” relationship is doing to her boyfriend. Likewise, she seems utterly oblivious to the machinations of the Lemmon character – you get so frustrated, you literally want to scream at her character on screen. While Lemmon plays the worst horse’s ass in the picture, Lynley is a close second.

Only Dean Jones, who plays her boyfriend, comes across as mildly sympathetic. While you question why anyone would stay with a mate who puts them through what Lynley puts him through, his frustration and irritation at the Lemmon character is understandable. He also supplies the very few laughs that this movie provides in his reactions to Lemmon’s faintly disguised boorish intentions, and I did somewhat enjoy Lemmon convincing him that constant exercise was the only thing to alleviate his sexual frustrations. However, the fact that he sticks with the Lynley character, even though anyone in their right mind would have left long ago, is far-fetched, in my opinion.

As for the rest of the players, Edie Adams does her best with her role, but while she tries to provide the voice of reason in the film, she also comes across as meddling, including letting herself into the couple’s apartment at 3AM. When Jones’ character breaks a vase over her head, you understand why, as he would think she’s a burglar – but of course, Lynley shrewishly screams at him and seems oblivious to the obvious. That is the frustration of this movie. Character actors Paul Lynde and Imogene Coca provide short relief in their pseudo-entertaining roles as the gardener that lives precariously through Lemmon’s womanizing and Lemmon’s disapproving maid, respectively. Unfortunately, they aren’t featured enough to give the viewer enough respite from the central odious figures.

As for the rest of the film, it’s far too long for the content, clocking in at just under 110 minutes and the song at the beginning of the movie is instantly forgettable. I read that they wanted to make a television series off this movie – it’s obvious why that didn’t work out. I also read that this film doesn’t work for “modern viewers,” but honestly, I don’t think folks of any generation would find this movie entertaining. It’s best left on a dusty shelf in the studio’s archives, never to see the light of day again.