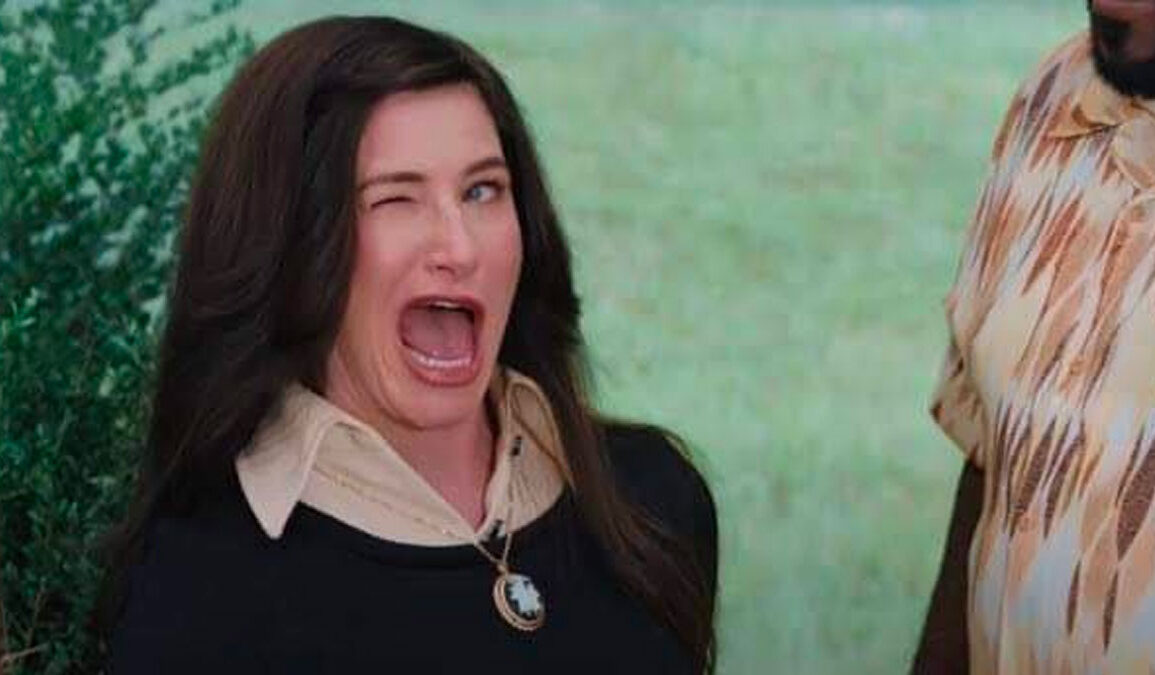 Wandavision has its flaws with Evan Peters being the biggest missed opportunity but the show is stunningly unique and the most heartfelt tale of anything Marvel has done so far. Olsen, Bettany and Hahn have rarely been better giving us something we have never really seen before.

Plot: Blends the style of classic sitcoms with the MCU, in which Wanda Maximoff and Vision – two super-powered beings living their ideal suburban lives – begin to suspect that everything is not as it seems.

Review: When I first saw trailers for Wandavision I wasn’t all that interested as it looked incredibly bizarre and I had no idea what to expect; I’d never read the comics and hadn’t really been a big Marvel fan but I was however, curious and knew when the time came I would give it a shot.

The first few episodes were indeed strange and yet… I had to continue watching to see what on Earth was happening.

Starting off as a 50’s sitcom we have Wanda (Elizabeth Olsen) and Vision (Paul Bettany) seemingly living a perfect black and white life except for the fact Vision died at the end of Avengers: Infinity War.

Each week goes through a different decade with the 60’s, 70’s, 80’s, 90’s and 00’s all with their own version of the sitcom. There is a feeling of unease throughout as we know this world isn’t real and there are regular “glitches” but who created this perfect little town? Wanda? Mephisto? The Milky Bar Kid? It’s the mystery that keeps the show interesting so I think no matter how it ended some would be disappointed as it didn’t go the way they wanted.

I waited for the all the fuss to die down before doing this review as I know everyone had their own theories on how Wandavision would end but for me it finished perfectly; this wasn’t about introducing Mephisto or any other big bad; the villain of this show is Wanda’s grief; it’s about learning to let go and live again after enduring so much loss.

Speaking of Wanda, Elizabeth Olsen is simply fantastic in the lead role as she shows sadness, anger and every other emotion trying to battle her inner demons. She has created Vision from her mind so he can only exist within the Hex (as it’s called). The amazing Paul Bettany plays Vision as a loving husband who can’t help feeling something is off and he begins to question Wanda and her motives as to what is actually happening.

Despite being one of the strangest TV shows I’ve ever seen Wandavision is also a work of crazed genius unlike anything we’ve ever witnessed before. As the story progresses it does go into slightly familiar MCU territory but it feels like a warm security blanket as we are reintroduced to characters like Jimmy Woo (Randall Park) and Darcy Lewis (Kat Dennings) watching what is going on in Wanda’s false paradise. We also get to meet Monica Rambeau (Teyonah Parris) who is now fully grown (she was the little girl in Captain Marvel) and appears in Wanda’s world as a well-meaning neighbour but she’s actually from the outside world.

When people are in this town their minds are controlled by Wanda so they are no longer themselves but instead they are “perfect” neighbours living in a happy place. No neighbour is more interesting that Agnes played by the incomparable Kathryn Hahn who steals the entire show.

Spoiler alert – in case you’ve been living under a rock or just haven’t seen the show Agnes is in fact the witch Agatha Harkness who comic fans will know all about. She has been pulling the strings (It was Agatha all along!) and manipulating Wanda because she is trying to understand her power and how she can take it for herself. Hahn is hilarious with natural comic timing but also suitably evil at times and I love how she is already used in memes.

Arguably the biggest shock was the introduction of Evan Peters as Wanda’s brother Pietro but as we all know he is from the FOX X-Men Universe rather than the MCU. We were all so excited that this was how they were going to introduce mutants into the MCU but instead… he turned into a dick joke and it was all a red herring. Fans were pissed by this and I have to admit I was disappointed too as it seemed like the perfect opportunity to bring in Wolverine and Co.

Considering this is a TV series the visuals are impressive and even the obligatory CG filled battle at the end between Wanda and Agatha was well done.

The music is some of the best ever from the MCU with the end credits theme haunting and memorable but we all know It Was Agatha All Along is one of the catchiest songs of recent times; created in the style of The Munsters it has that old-school feel with a modern twist.

Overall, Wandavision may not have been what some fans wanted in the end but for me it was a surprisingly moving and heartfelt tale of grief disguised as a superhero tale. Elizabeth Olsen, Paul Bettany and Kathryn Hahn are at their absolute best and it’s a show I think about at least once every day making it one of the best things Marvel has done to date.