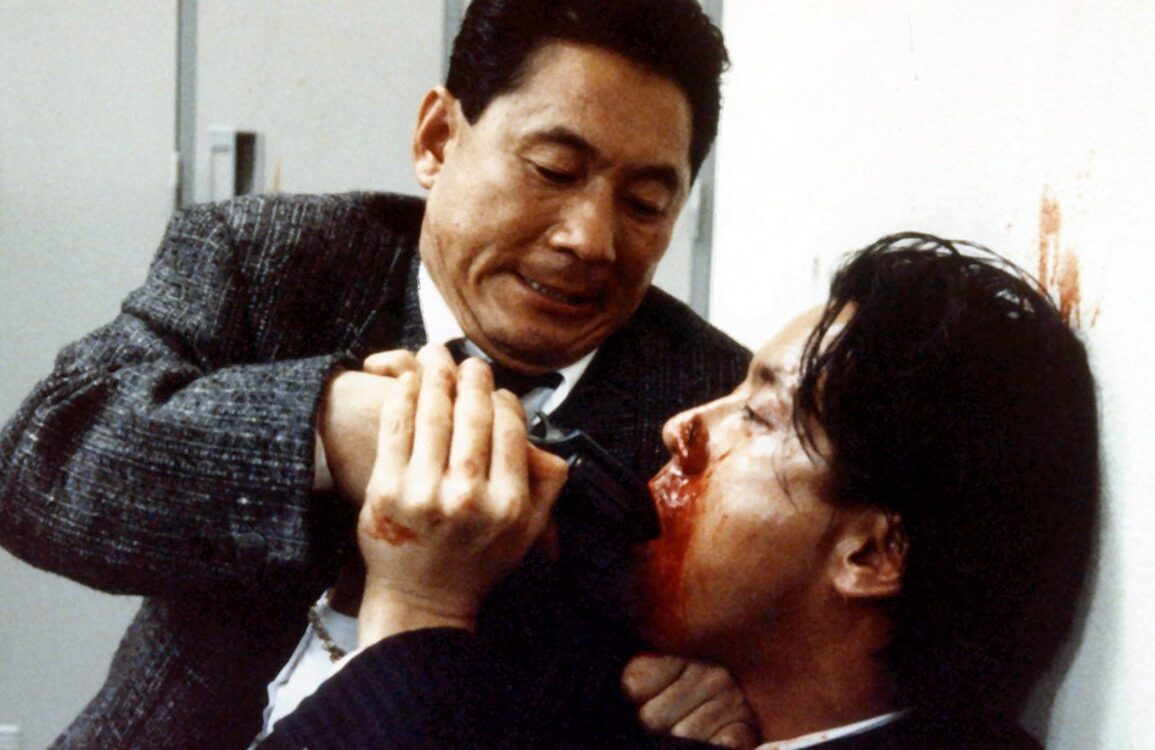 Fans of Kitano will love it. Purveyors of hard-boiled cop movies like Dirty Harry will dig it too.

Plot: A violence prone police officer discovers that his colleague is trafficking drugs.

Review: Detective Azuma (Takeshi Kitano, who also directed) is a difficult man to read, but one thing is obvious: He doesn’t care about the rules. Almost on a daily basis, he’s required to write written apologies to the perps he roughs up and smacks around. His new boss is a young, enterprising chief who somewhat admires Azuma, but also sees him as a dinosaur who can’t evolve with the times. On his spare time, Azuma places too many bets and is in debt, but he also cares for his emotionally damaged sister, whom he can only control when he’s around her. While on a small drug bust, Azuma realizes that his friend on the force and a long time colleague is on the take with the Yakuza, and when his friend finds out that he knows, his buddy commits suicide in shame. Enraged, Azuma decides to go after the Yakuza boss himself, but they send an assassin to stop him first. When the assassin’s first (and second) attempt to kill him fails, the assassin takes Azuma’s sister captive, and Azuma can no longer hold in his rage. Azuma becomes out of control and is fired from the force in disgrace, and so with nothing to lose, he goes after the Yakuza all by himself and doesn’t care about anything other than evening the playing field.

Both chilling and quirky in equal measures, Violent Cop is a disarming action / drama with startling scenes of violence, rape, and torture, and at the center of it all is star Kitano, who has never been an easy actor to peg. Sometimes he almost seems like he’s playing it for laughs, but other times he’s so ferocious that he dares you to flinch. In this film he barely says a word, and he does a lot (a lot!) of walking around. It seems like several minutes of screen time are devoted to Kitano just walking from one place to another. I enjoyed Violent Cop, but it has some seriously messed up scenes of violence and rape, and the whole movie has a blunt, matter-of-fact pace to it. Fans of Kitano will love it. Purveyors of hard-boiled cop movies like Dirty Harry will dig it too.

The Film Movement Classics Blu-ray sparkles in high definition, and comes with a special feature entitled, “That Man is Dangerous: The Birth of Takeshi Kitano,” plus an insert booklet with an essay. 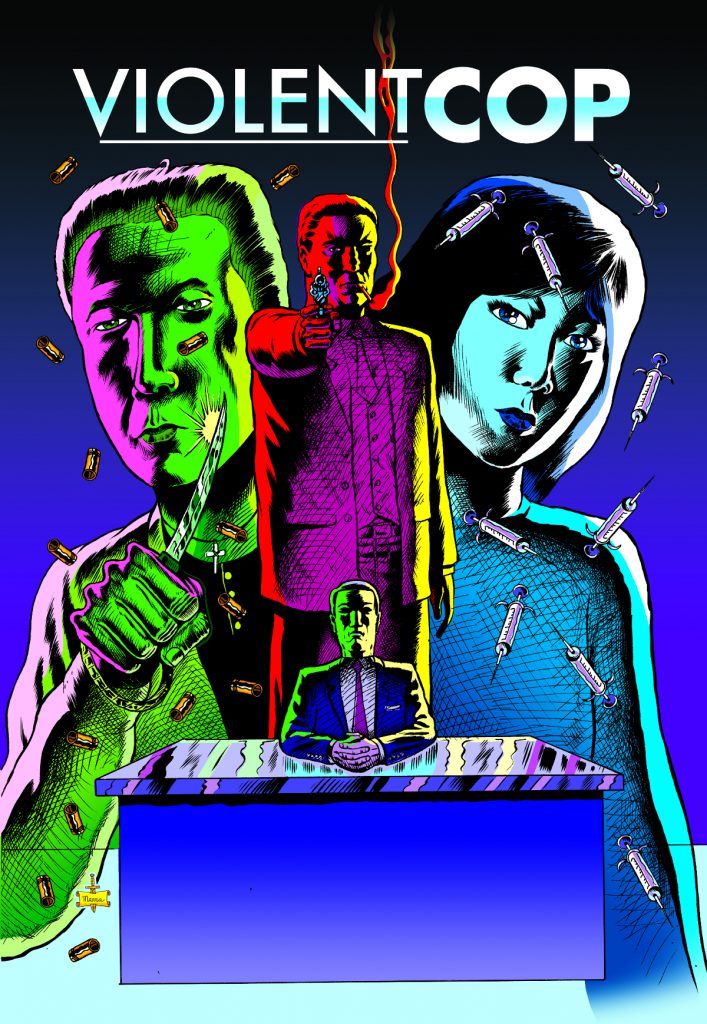