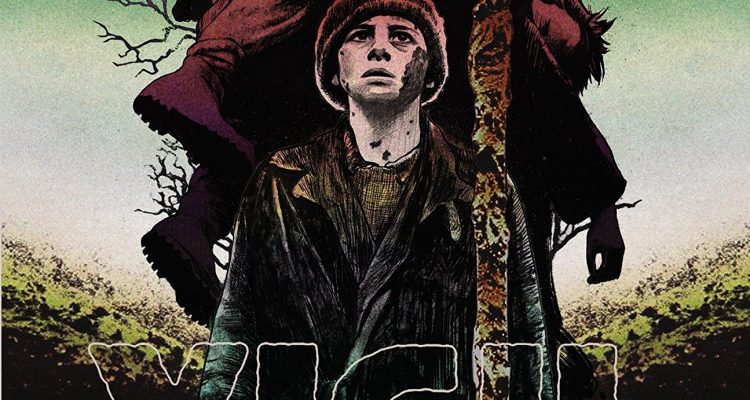 One of the unheralded coming of age dramas of all time, Vincent Ward’s Vigil is certainly not for all tastes, especially if you’re not used to watching films from around the world.

Plot: A lonely girl living on an isolated, mist-cloaked farm is confronted with the changes wrought by a stranger that arrives.

Review: 12-year old Toss (Fiona Kay) and her father are herding sheep on a misty mountain in a remote palisade in New Zealand when her father falls to his death. Toss makes it home alive, and later, a stranger (Frank Whitten) carries the dead man to the farm where Toss, her mother (Penelope Stewart), and grandfather eke out a semblance of a living. After her father is buried, Toss becomes lost in her daydreaming, and her inventor grandfather tries to save their farm by coming up with useless contraptions that never work. Her mother doesn’t trust the stranger, who has begun working for them, but when Toss becomes uncomfortably attracted to the stranger (who allows her to do inappropriate things to him), her mother goes all in and gives herself to the emotionally cold and distant man, who clearly needs a woman in his bed. When their farm cannot be saved, they move on, in search of the next horizon.

One of the unheralded coming of age dramas of all time, Vincent Ward’s Vigil is certainly not for all tastes, especially if you’re not used to watching films from around the world. Ward, a visionary filmmaker, isn’t concerned with language so much as he is in emotion and capturing the moment, and he gives us a real treasure with this small film that is a massive accomplishment for coming of age cinema. Young actress Fiona Kay is able to deliver so much by doing seemingly little, and her world is passively cold and dangerous, while in her innocence she still has the capacity to dream and play. If you can find this one, watch it, but be patient and just let it happen. Ward’s next film was The Navigator: A Medieval Odyssey, another fascinating coming-of-age story.

Arrow’s welcome new Blu-ray of this title brings it to vibrant life in a high definition presentation. New features include an on-set report of the making of the film, the trailer, and a few other featurettes. Also included is a reversible sleeve, as well as an insert booklet.