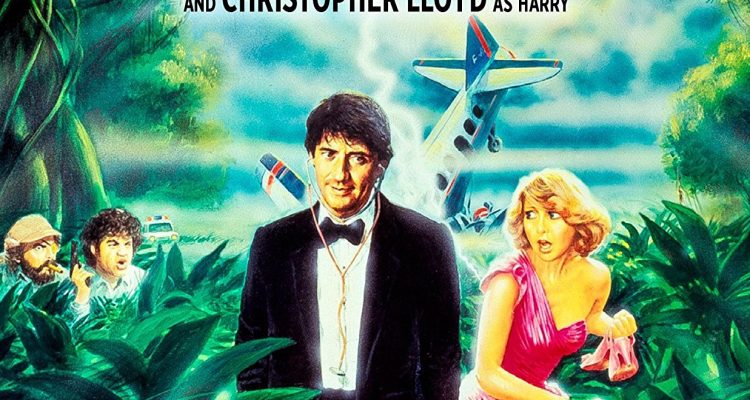 Miracles might have worked if it had starred different actors and if it had been written and directed with a little more nuance and care.

Plot: Roger and Jean learn the hard way that when you are meant to be together, nothing can keep you apart. The newly divorced couple keep running into one another (literally), and in the process, rediscover their love for one another.

Review: In the wake of 1984’s Romancing the Stone, a new hybridized romantic adventure genre was created. For every Jake Speed or Sweet Revenge there was a little gem like Down Twisted, but Miracles, which emulates Romancing the Stone in a lot of ways, is unfortunately one of the duds that came out of that batch of romantic adventures that came out in the ’80s. Right from the start, you feel like you’re witnessing a forced enterprise with a stale story and a series of bad casting choices and rotten chemistry between the actors. Surgeon Roger (Tom Conti who was in another Romancing the Stone-type film called American Dreamer) is on his way to attending his divorce party when he literally crashes into his ex-wife Jean (Teri Garr) on the road. They’d both swerved at just the right moment to avoid hitting a man on the street, a career criminal (played by Paul Rodriguez), who promptly kidnaps them and Shanghai’s them both to South America to elude capture from the cops. The pilot of the plane is a ruddy pirate (played by one-eyed Christopher Lloyd), and when they run out of fuel the two kidnappers parachute out of the plane, leaving Roger and Jean to figure out how to land the plane in the middle of the jungle. What happens next is a series of more misadventures and miraculous coincidences and silly shenanigans. Needless to say, Roger and Jean realize they’re still in love … even after we’ve watched them hating on each other for 87 minutes.

Comedy’s tough. Miracles might have worked if it had starred different actors and if it had been written and directed with a little more nuance and care. Writer / director Jim Kouf (who later wrote the big hit Stakeout) made his directing debut with this turkey stew, and every joke falls flat or causes you to wince. The only time I chuckled was when Christopher Lloyd fell down off a ladder. Still, I have a soft spot for movies like Miracles. I’ll give it an extra star just for the sake of what it was trying to achieve.

Kino Lorber has just brought this title out on Blu-ray, and for most it will be a new title to them. I was always vaguely aware of this movie, but I never bothered with it until now. I’m glad I watched it, and I even listened to the audio commentary by Kouf and his wife, and even they reflected that the movie was a tough film to make, and that the chemistry between the actors wasn’t all that great. Also included is the theatrical trailer. The picture quality of the transfer was fine (I’m easy to please most of the time), and the audio was on par.