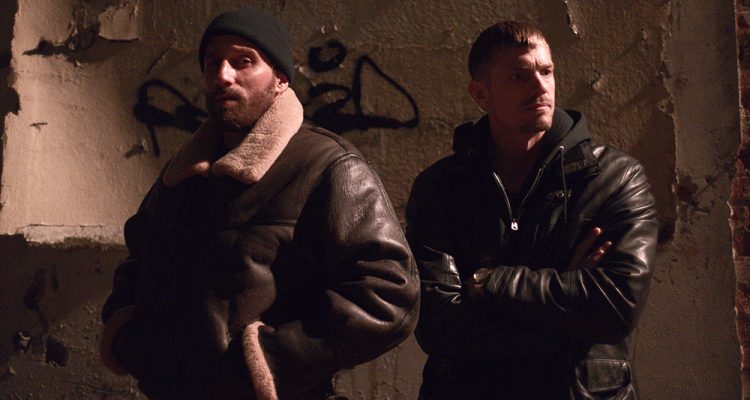 Vertical Entertainment has acquired the North American distribution rights to Brothers By Blood, formerly called The Sound of Philadelphia, starring Matthias Schoenaerts (Rust and Bone, Bullhead), Joel Kinnaman (Altered Carbon, The Killing), Maika Monroe (It Follows, The Guest), and Ryan Phillippe (Crash, Cruel Intentions). The film was written and directed by Jérémie Guez and is an adaptation of Pete Dexter’s 1991 novel “Brotherly Love”. Producers include Aimée Buidine and Julien Madon of CHEYENNE; Christine Vachon and David Hinjosa of Killer Films; Trevor Matthews and Nick Gordon of Brookstreet Pictures; as well as Jérémie Guez. The film will be released in select theaters and on VOD and digital on January 22, 2021.

Brothers By Blood is set in Philadelphia and follows Peter (Schoenaerts), who helplessly watches on as his sister is killed. His father ultimately takes revenge, which leaves lasting generational wounds on Peter. 30 years later, Peter tries to distance himself from the family business.

“Brothers by Blood explores family ties and the weight of the past that is transmitted from generation to generation, themes that have obsessed me since I was a kid and influenced me both as a writer and a director,” said writer/director, Jérémie Guez. “It has been an immense privilege to adapt Pete Dexter’s novel for cinema and an even greater privilege to be able to do so with such formidable actors. I am beyond thrilled to bring this story to audiences everywhere.”

The deal was negotiated by Peter Jarowey and Josh Spector at Vertical with Endeavor Content on behalf of the filmmakers.

“It’s fitting that a thriller like Brothers By Blood be set against the backdrop of The City of Brotherly Love,” said Rich Goldberg, co-president of Vertical Entertainment. “With a plot that keeps you guessing, the film examines the costs of family loyalty and what anyone is willing to do – or not do – to prove that loyalty. We can’t wait to bring a film as exciting as this one to audiences everywhere.”