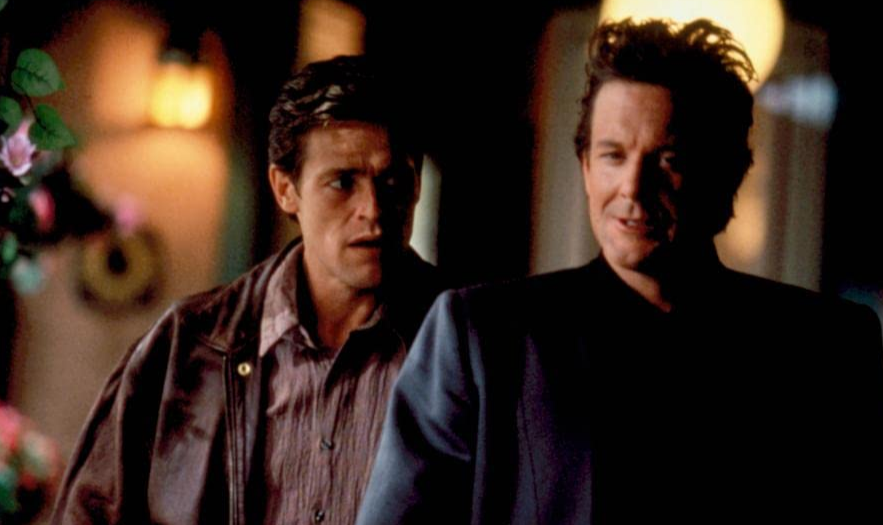 Plot: A small southwestern town Sheriff finds a body in the desert with a suitcase and five hundred thousand dollars. He impersonates the man and stumbles into an F.B.I. investigation.

I had never heard of White Sands until just 3 years ago when it was recommended to me from a friend; I wasn’t able to watch it then until very recently and I have to say I really enjoyed this one.

Both the trailer and even the poster makes it look like an action film, but it really is more of a crime thriller.

There is a stellar cast, some I didn’t even know that were in this including M. Emmet Walsh, Maura Tierney, and several others. The standouts here being Samuel L. Jackson, Mickey Rourke, and especially Willem Dafoe who gives one of his best performances as Ray Dolezal.

The story was engaging, unpredictable, and overall solid with its execution.

It’s very well directed by Roger Donaldson (Dante’s Peak); there’s some interesting shots that he uses in certain scenes that make this stand out from the rest of these types of crime thrillers.

The score by Patrick O’ Hearn fits the tone of the film without being too overbearing.

Overall, White Sands is one that I do feel is underrated based on the performances from the cast, the confident direction by Roger Donaldson, the interesting story, and the good score make this definitely worth a watch.