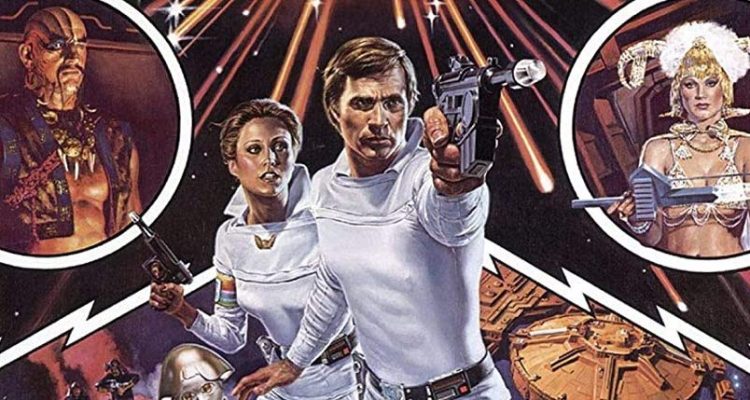 Buck Rogers is a classic pulp and comic book hero, and this fun and easy-to-enjoy series features all sorts of great characters (such as a bird-like man named Hawk) and comic relief robots. If you grew up in the early 1980’s, this is surely a show you’ll be entertained by

When 20th-century astronaut William “Buck” Rogers is awakened—500 years after a deep-space disaster—to an Earth in recovery from nuclear war, he must join Colonel Wilma Deering to lead the crew of the starship Searcher against a galaxy of evil from the past, present and faraway future.

In the pilot movie for this science fiction television series, an astronaut named Buck Rogers (Gil Gerard) from the year 1987 accidentally travels 500 years into the future, and he’s greeted with curiosity, trepidation, and with a surprising amount of respect from the humans who now live in outer space because Earth is a barren irradiated wasteland as a result of a worldwide nuclear war that occurred not too long after Buck left his time period. He joins a diplomatic team who give him a tour of his home planet, and when there, he encounters mutants and irradiated survivors who live amongst the urban wastelands. Throughout the fairly sizable show, which ran for several years and lasted about 30 episodes, Buck spends a lot of time saving pretty women from aliens, evil queens, and tough situations. He has a robot sidekick named Tweaky (who is a cross between R2-D2 and C-3PO), and his main and most attractive ally is Wilma Deering (a luscious Erin Gray, who wears the most awesome pants in the history of motion pictures). Most of the episodes have little or nothing to do with the end of Earth, but the second-to-last episode has Buck being put on trial for being the cause for World War Three, for which he is acquitted for being proved innocent.

There are several feature-length movies throughout the show, but the pilot movie played in movie theaters. Buck Rogers is a classic pulp and comic book hero, and this fun and easy-to-enjoy series features all sorts of great characters (such as a bird-like man named Hawk) and comic relief robots. If you grew up in the early 1980’s, this is surely a show you’ll be entertained by, but as far as apocalyptic themes go, it’s not essential.

Kino Lorber’s welcome new Blu-ray complete collection of the entire series comes with two separate seasons, plus the feature film on a separate disc. Supplements include 10 individual episode commentaries by author Pat Jankiewcz, author of “Buck Rogers in the 25th Century: A TV Companion,” as well as a commentary on the theatrical feature, plus an interview with Erin Gray, a 9-minute theatrical preview, another interview, and two radio spots for the film. 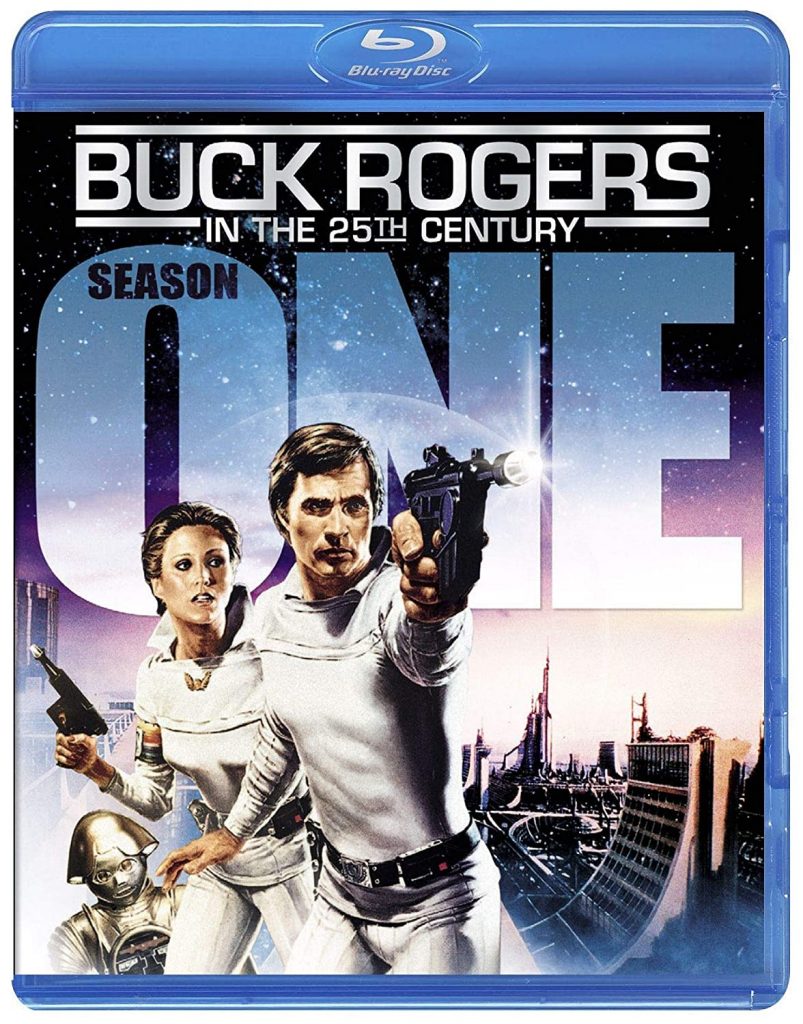