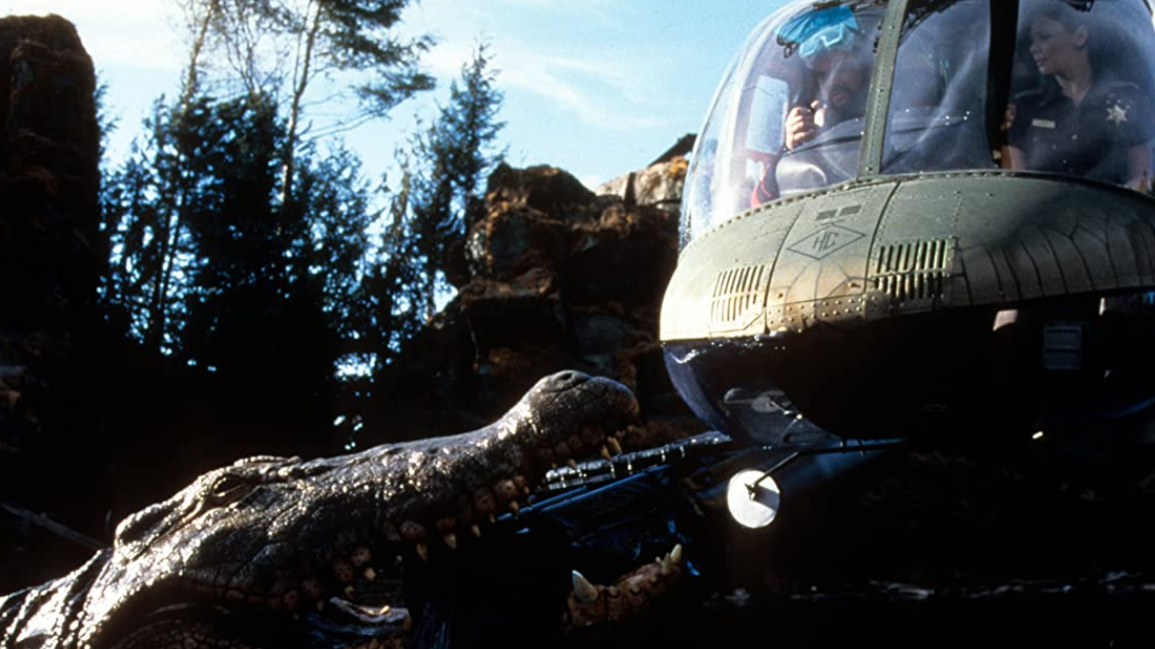 Plot: Shortly after the horrifying underwater attack in Maine’s Black Lake, the local Fish and Game officer, Jack Wells, enlists the help of the New York City palaeontologist, Kelly Scott, to investigate. With only a mangled body as their starting point, Jack and Kelly embark on a dangerous mission to find the mysterious creature, as Sheriff Hank Keough, a mythology professor, and an eccentric inhabitant all want to locate the elusive predator first. But, something deadly is lurking beneath the silent pond, and it’s already taken a liking to the juicy human flesh. What is the secret of Lake Placid?

Here’s one that I’ve loved ever since I was a kid; to me Lake Placid was a fun creature film that was unfairly maligned by critics at the time.

One of best aspects of this film was its cast who all delivered great performances that were memorable with each of them having their moments throughout.

The direction by Steve Miner is solid, as he’s shown in his previous films, he knows how to blend horror and comedy well without feeling forced or out of place.

It’s well written with a great sense of humor in particular some of the lines that Betty White says when she shows up.

Another aspect that is under appreciated about this is it’s score by John Ottman and which is very memorable.

Now, I’ll admit some of the CGI doesn’t really hold up at times, whenever they do show the crocodile moving. What does work about it are the practical effects you see which are great as usual from Stan Winston Studios.

Overall, Lake Placid is a fun creature film that has a wonderful sense of humor, an impressive cast, is well directed, and moves at a brisk pace.