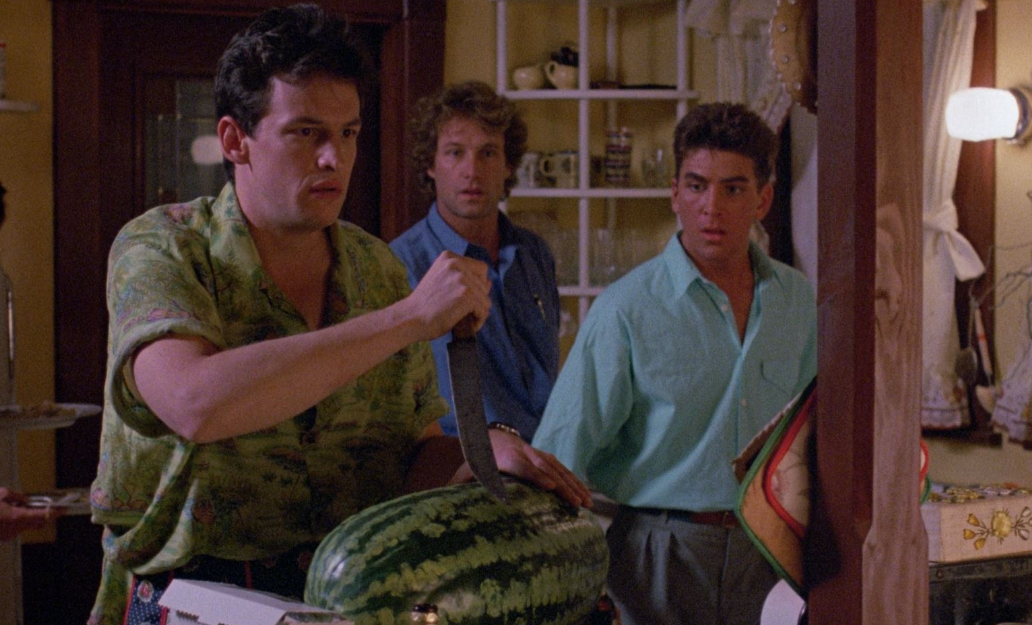 THE KINDRED – Coming from Synapse Films on December 14, 2021

“If ever there was an unheralded, long-lost classic from the eighties this is it. It plays like the great missing H.P. Lovecraft adaptation that Stuart Gordon forgot to tell you he made.” – Kindertrauma

As Synapse Films prepares to celebrate their 25th anniversary in 2022, perhaps  no film in the company’s storied history has been as anticipated  as The Kindred. After many years and a lot of hard work, The Kindred is finally ready to be unleashed, making its worldwide Blu-ray debut with a stellar new 4K restoration of the complete, unrated version of the film, accompanied by  plenty of extras.

Academy Award-winning screen legends Rod Steiger (In the Heat of the Night; Duck, You Sucker) and Kim Hunter (A Streetcar Named Desire; Planet of the Apes) star in The Kindred, a chilling tale of a genetic experiment gone wrong… very wrong!

Kim Hunter is Dr. Amanda Hollins, a molecular scientist who calls on her son John (David Allen Brooks) to eliminate  all evidence of her genetic experiments… most specifically her “Anthony Journals.” Dr. Philip Lloyd (Steiger), an acquaintance of Hollins who is  familiar with her experiments, wants to continue her studies no matter the cost! John heads to his isolated childhood home with a group of friends to uncover his mother’s research and destroy it all. There’s something else in the house, however… something watching and waiting… a tentacled creature born from the desire to alter human evolution. It’s evil. It’s mad. It’s ready to kill!

One of the best “creature features” of the 1980s, utilizing all practical special effects instead of CGI, The Kindred also stars Amanda Pays (TV’s The Flash, Leviathan) and Talia Balsam (TV’s Mad Men, Homeland).

The 3500-unit The Kindred Limited Collector’s Edition Blu-ray Steelbook™ is available exclusively through the Synapse Films website at: www.synapse-films.com.  The retail price is $49.95 ($43.95, plus $6.00 packing/handling fee) with a street date of December 14, 2021.  Shipping to customers will commence on that date, or as soon as the disc sets are received at Synapse Films.

All North American orders are fulfilled and shipped via our San Francisco-based replicator, CAV Distribution.  For questions regarding the shipping of your order in North America, please contact CAV Distribution via this email address: kindred@cavd.com.  All international orders will be handled via the fine folks at DiabolikDVD (www.diabolikdvd.com).

This release of The Kindred is REGION FREE for world-wide playback.