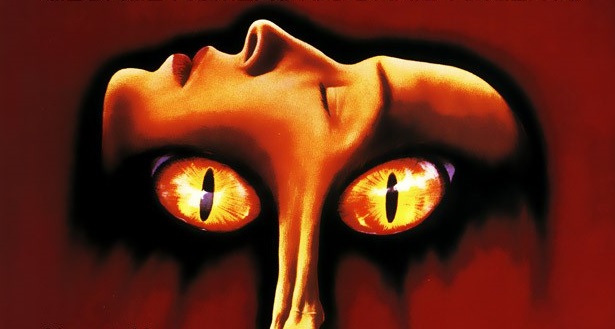 Fans of either Romero or Argento should take a gander at this film, and while it’s neither of their greatest works by far, it’s still a fun foray into the macabre.

Plot: The Masters of Modern Horror – George Romero and Dario Argento – bring you an unprecedented pair of shockers inspired by the tales of Edgar Allan Poe.

Review: Divided into two one-hour stories, Two Evil Eyes is divvied up by filmmakers George Romero and Dario Argento, who each take a story by Edgar Allan Poe, and make them their own. In “The Facts in the Case of Mr. Valdemar,” Romero settles in on the scheming wife of a dying rich man. The wife (Adrienne Barbeau, also in Romero’s Creepshow) and her lover (Ramy Zada) hypnotize her bedridden husband Mr. Valdemar (Bingo O’Malley) and trick him into signing over his fortune to her before he can have the chance to disinherit her. Just as their plan is about to come to fruition, he dies, but under hypnosis, which puts his spirit in limbo … and her fortune at a standstill. They stash his corpse in a freezer in the house, but his spirit won’t leave them alone, forcing them to get drastic with their methods of disposal, but Valdemar’s spirit continues to nag them until the spirits forcing his spirit to bother them reveal themselves to be a malevolent force out for their blood.

In “The Black Cat,” Argento casts Harvey Keitel as a rage-filled police crime photographer, who strangles and murders his girlfriend’s black cat and makes a coffee table book out of the experience. When his girlfriend finds out about it, he begins having startling and shocking nightmares over the guilt he feels, but the spirit of the darn cat won’t leave him be. Eventually, he goes over the top in madness and what transpires as a result of his increasing insanity will forever leave a mark on not just him, but on the investigators who discover the dark secret he’s been harboring.

An interesting experiment from two masters of their generation in horror, Two Evil Eyes has floated around my periphery for close to 20 years when I first became aware of it. It’s not quite what I’d call an “anthology” horror film, but it does sort of fit in that parameter. Romero’s film is kind of a gory episode of Murder She Wrote, while Argento’s is more of a shocker with some genuine gasp out loud moments of terror. Keitel’s acting is a little unfocused in his segment, but Tom Savini’s make-up effects are used to their maximum potential. Fans of either Romero or Argento should take a gander at this film, and while it’s neither of their greatest works by far, it’s still a fun foray into the macabre.

Blue Underground’s newly remastered 3- disc Blu-ray set features a 4K restoration, plus tons of bonus features, the best of which is the CD soundtrack of Pino Donaggio’s superb score, which is a highlight of the film. The transfer is crisp and vivid, and the newly produced and archival bonus features will keep you busy for hours on end if you choose to peruse them. 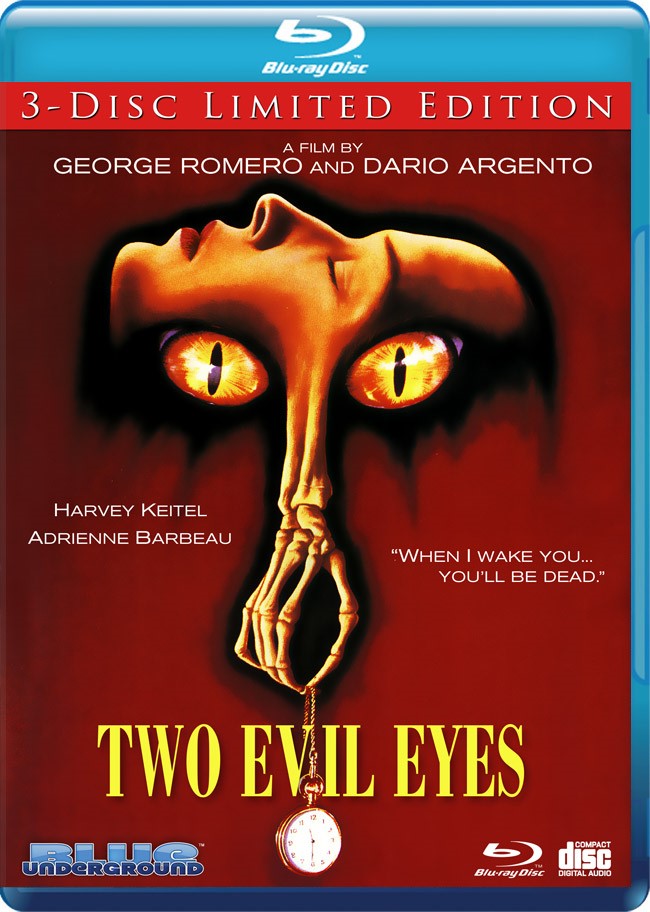