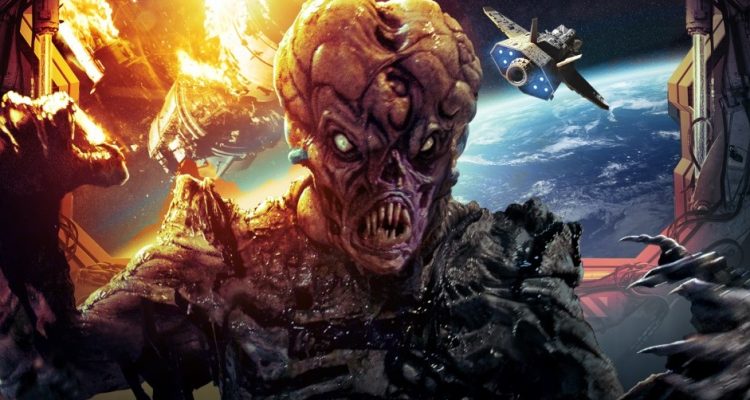 The movie isn’t particularly unique or exciting, but it’s fun watching the make-up effects in all their gooey glory.

Plot: When a band of sexy space pirates hijack a fuel-transport vessel bound for Earth, an alien virus known only as “Thanatos” is accidentally released.

Review: A small crew of space smugglers stops to check out a distress signal (never a good idea in space), and pick up four young women who pose as victims, until their ulterior motive comes into play. Just as they make their move to take over the rescuing ship, an alien virus known as Thanatos is unleashed, turning the women into disgusting, drippy plaguer zombies who work as a hive mind. The captain of the rescuing ship (played by Alexis Zibolis) works with her android on board (played by a pretty stoic Steve Railsback, who provides the movie with its only name actor) to ward off the plaguers before they take complete control of the ship. Working to be rid of the gloppy horde, the captain must jettison the source of the plague into space, but first she’ll have to survive the ordeal …

You’ve gotta hand it to low budget indie filmmaker Brad Sykes for going with his gut here. Working with limited resources and a fairly generic script, which he penned, he still manages to craft a piece of genre fare that fans of Event Horizon, Alien, and Galaxy of Terror can watch and sort of enjoy. The movie isn’t particularly unique or exciting, but it’s fun watching the make-up effects in all their gooey glory. A movie like this needs boobs, gross-out gore, and a name actor to succeed. Two out of three ain’t bad. Speaking of name actors, Railsback is present and accounted for, and while he doesn’t do much in the way of a big performance, he does seem to be mildly interested in what he’s doing here.

Plaguers just landed on Blu-ray for the first time as part of a “10th anniversary Edition” from Wild Eye. It comes with a bunch of special features, including two separate commentaries – one with Railsback, and the other with Sykes and a producer. Also included are documentaries, Q and A’s, and trailers. 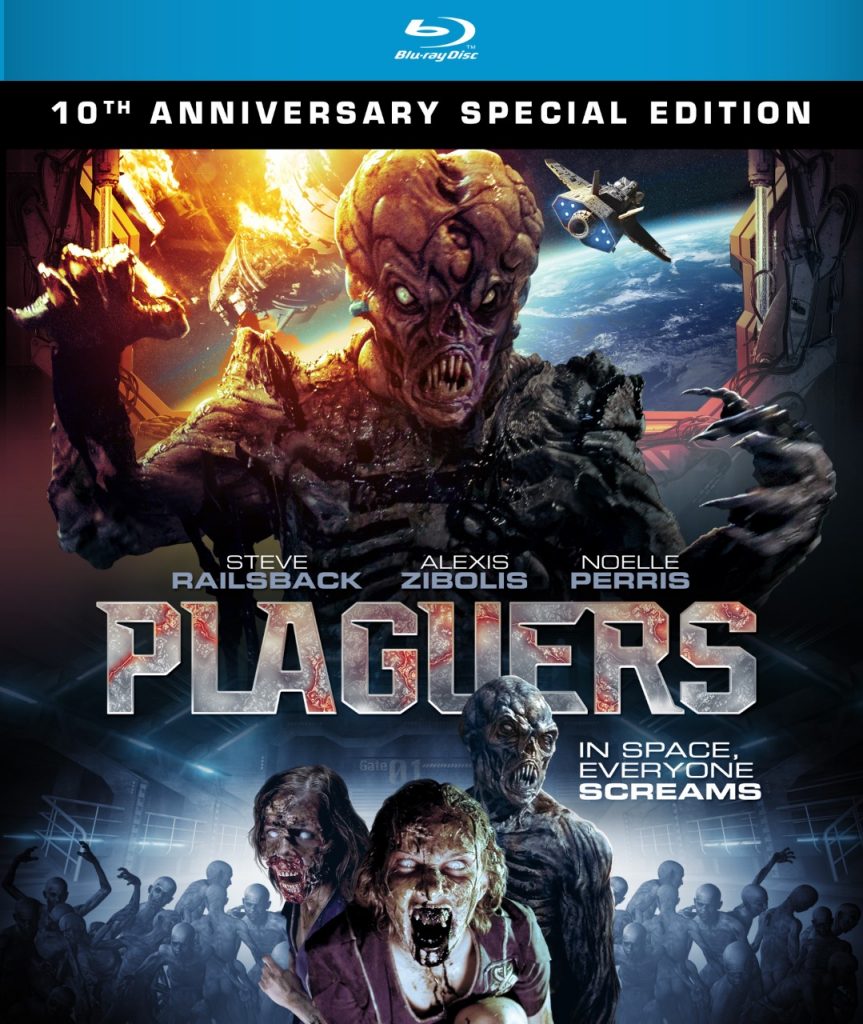