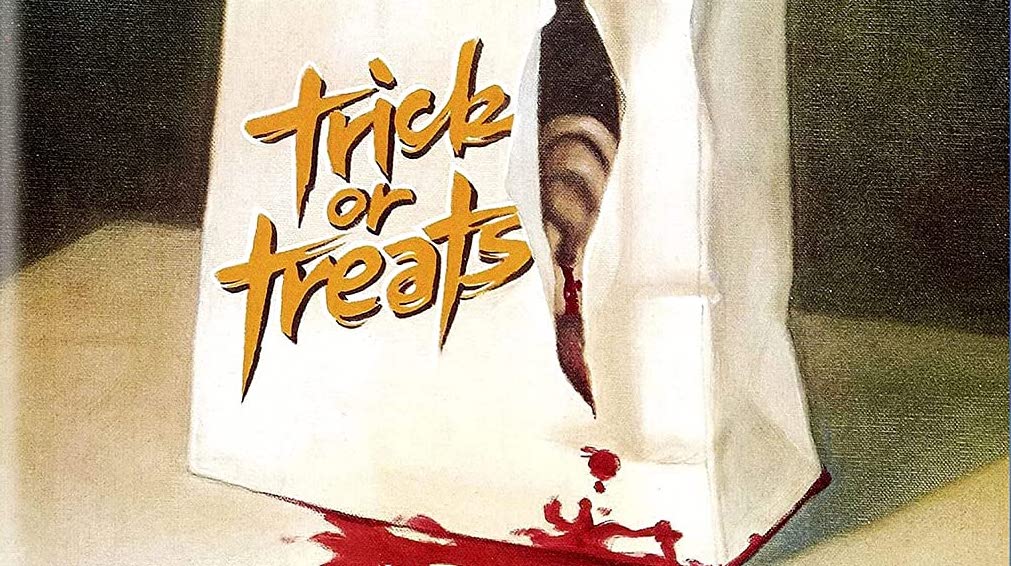 A meandering plot and some weird scripting notwithstanding, Trick or Treats is a pretty fun little Halloween slasher that tries to use John Carpenter’s formula for Halloween but adds all kinds of side ingredients to keep things fresh.

A man sent to an insane asylum years ago escapes and returns home on Halloween night, only to find that his wife is gone for the night, and a babysitter and a kid instead.

On just another regular day before work, Malcolm (Peter Jason) is duped by his wife Joan (Carrie Snodgress) when two men barge in and zip him up in a straightjacket and send him straight to the loony bin. Whether or not Malcolm is crazy is irrelevant, but what’s certain is that he becomes insane in the institution where he plans his escape and revenge for years. One Halloween night, Malcolm gets his opportunity: He hits a nurse over the head, steals her clothes, and escapes into the night in drag. Meanwhile, his wife Joan has long moved on with a new husband (played by David Carradine), but their son Christopher (Chris Graver, who steals the show) has grown into quite the mischievous kid. Since it’s Halloween, Joan and her husband have hired a babysitter named Linda (Jacqueline Giroux) to watch over their kid while they go out to a Halloween party, and when Linda shows up she has no idea the night she’s in for. Christopher pranks her every few minutes – from little hand buzzer gags to full-on suicide pranks, like pretending to be drowned face down in the pool – just to get a rise (or some mouth-to-mouth, in that instance) out of Linda. All through the night, Linda has to deal with randy trick or treaters at the door, while navigating the minefield that is Christopher (seriously: he’s a handful and a half), but when Malcolm eventually shows up at the door to get his revenge on his wife, Linda is propelled into a do-or-die situation with Christopher, who has no clue that the maniac running around with a butcher knife is his dad!

A meandering plot and some weird scripting notwithstanding, Trick or Treats is a pretty fun little Halloween slasher that tries to use John Carpenter’s formula for Halloween but adds all kinds of side ingredients to keep things fresh. With some unnecessary side characters (like Steve Railsback, who appears in pointless, disconnected scenes where he calls up Linda periodically to check in) and a long build-up to Malcolm’s homecoming, the movie is at its best when it deals strictly with Linda and the goofball kid and the assortment of trick or treaters who come to the door. There’s a bit too much of a build up of Peter Jason’s crazy character’s odyssey from the crazy house to his front door, and if the editing had excised some of that material, the movie would have been tighter (and scarier). Gary Graver, a porn director who made some mainstream films such as this one, seems to have enjoyed working with his son Chris in the film, and the movie is at its most entertaining when it sticks to the Halloween angle.

Code Red’s new Blu-ray release of Trick or Treats presents the film in a high def master, and I can tell you that the film has never looked or sounded better. I watched a bootleg of this movie some years back, and watching it this time was like watching it for the first time. There’s an audio commentary with the three lead actors and the cameraman, plus an audio interview with Railsback. 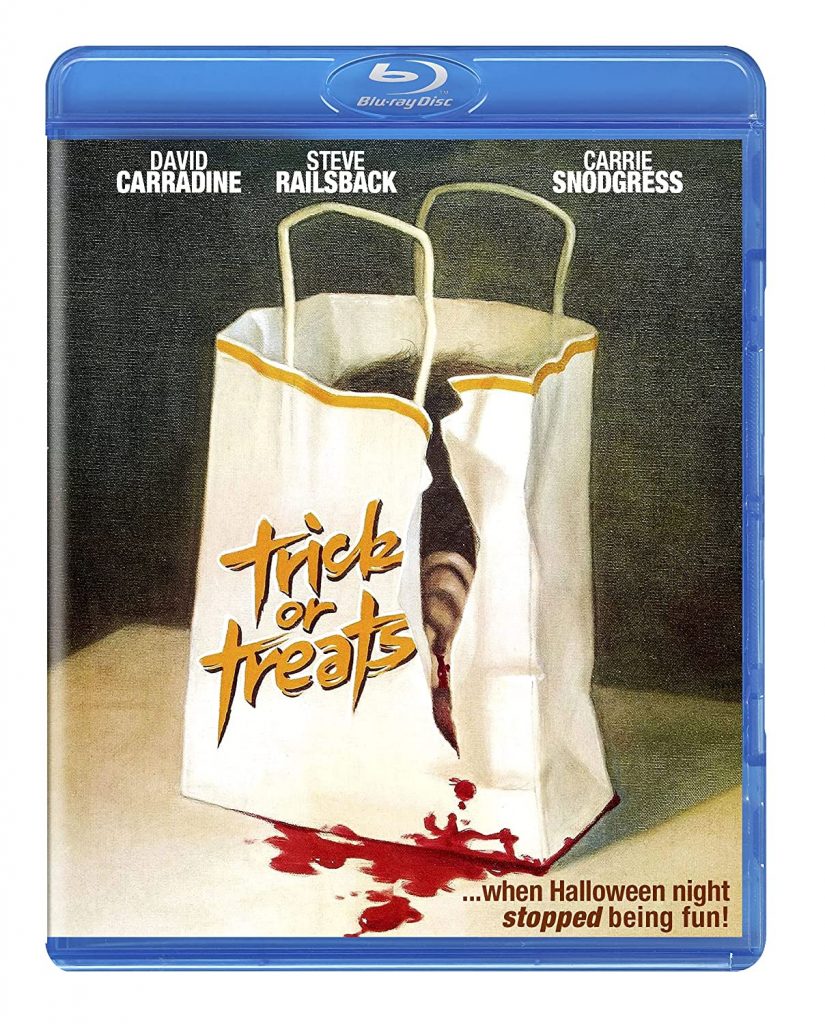