A solid little thriller, Scream, Pretty Peggy is a fun movie for a rainy day.

A pretty college student takes a housekeeping gig on her spare time and becomes a fixture at the house, but soon finds out that there’s a history of murder on the property and that another person has been living secretively on the grounds.

Pretty college student and aspiring sculptor Peggy (Sian Barbara Allen) takes a housekeeping position at a home owned by a famous sculptor named Jeffrey (Ted Bessell) and his cranky old mother (Betty Davis) who is immediately suspicious of any outsider. It seems that the two of them have been living quiet, secluded lives since the disappearance of Jeffrey’s younger sister Jennifer, who went off to Europe to get married and never returned some years ago. Peggy is a bright ray of sunshine in the house, and she more than admires Jeffrey and his work – she is close to being infatuated with him, and it’s apparent that she has a crush on him. When the old lady falls and hurts her leg in an accident, Peggy moves in to help out, and once she has the run of the house, she realizes that there’s a blonde woman living on the property in an apartment above the garage. When Peggy begins snooping, Jeffrey admonishes her and tells her that it’s Jennifer, and that she’s been sequestered on the grounds because she’s been deemed insane and can’t live a normal life; it’s the family’s dark secret. When an older man comes snooping around, asking about his daughter – the former housekeeper for Jeffrey and his mother – we already know that she’s been killed (by Jennifer), but the young woman’s father doesn’t know that, and so his questions open up a can of worms: Does Jeffrey realize his sister is killing people, or are Jennifer’s violent tendencies unknown to him and his mother? When the gentleman is killed (again, by Jennifer) while snooping around, Peggy comes to realize with stark clarity that Jennifer is a maniac and must be stopped, but by then it might be too late for Peggy to do anything about it, because Jennifer is likely coming for her next!

A cozy made-for-TV slasher / thriller, Scream, Pretty Peggy has a shock ending that I’m certain threw some viewers for a loop, but since it’s been compared to Alfred Hitchcock’s Psycho, I was expecting a curveball ending. Nicely made by genre stalwart Gordon Hessler, the film definitely has a weird, creepy vibe going for it, but the movie is very well lit, which detracts from its mood. If it had been moodier and cast in shadows, I believe the movie would have worked even better. A solid little thriller, Scream, Pretty Peggy is a fun movie for a rainy day.

Kino Lorber’s new Blu-ray edition of Scream, Pretty Peggy looks incredibly sharp in high definition, and it comes with a new audio commentary by two film historians, plus a TV spot and newly commissioned artwork for the cover. 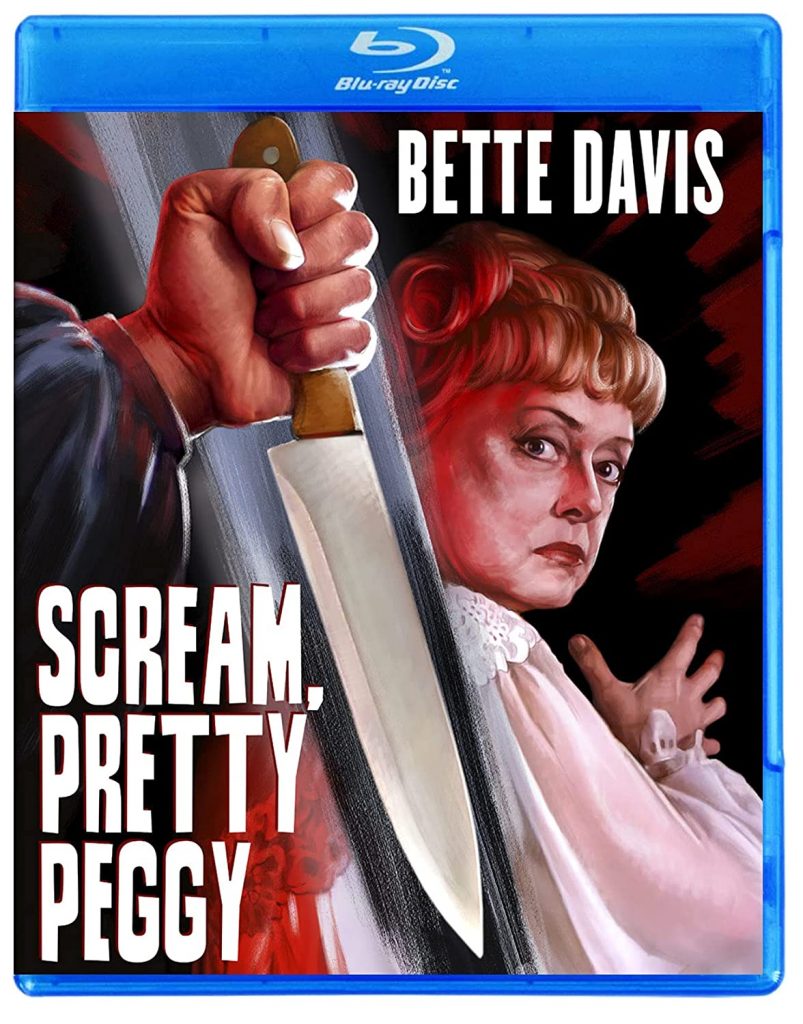