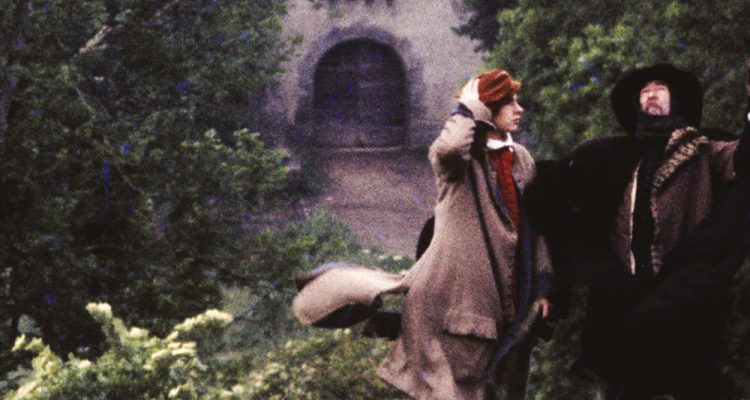 Close to being a masterpiece of not just French cinema, but of cinema itself, Tous le Matins du Monde (All the Mornings of the World) is an endlessly rewarding piece of storytelling, and its use of music and its depth of understanding music is close to being unmatched in a film, as far as I can tell.

A master viol player and composer renounces the king’s demand that he become a court musician and lives a quiet, sorrowful life in the country with his two daughters until the day a handsome young man comes to ask him to be his teacher.

A fat, depressed and washed up court musician named Marin Marais (Gerard Depardieu) laments his life and the choices he made, and tells the story of how he came to be the pupil of Monsieur de Sainte Colombe (Jean-Pierre Marielle), a masterful musician of the viol and a composer whose works had never been published, but were celebrated nonetheless when Colombe would perform them for the court when his life was brighter. After the death of his wife, Colombe retreated from the world and renounced the king’s court, only to be outcasted by the king of France and made a pariah. Living with his two daughters who rarely found him attentive enough as a father, but plenty attentive when it came to teaching them to play the viol, their lives were undisturbed until a handsome young man – Marin (played by Guillaume Depardieu, Gerard’s real son) – showed up, asking to be Colombe’s pupil. Instantly knowing that Marin was not worthy to be his pupil, Colombe eventually agrees to teach him, but when Marin and one of Colombe’s daughters – Madeline (Anne Brochet) – begin a romantic relationship that ends up with her being pregnant, Marin’s already fragile relationship with Colombe is shattered after Marin abandons Madeline and Colombe to become a court musician. After giving birth to a stillborn child, Madeline descends into a depression she’ll never recover from, and Marin rises as a court musician and the king’s favorite, no less. Years pass, and Marin becomes famous, while Colombe’s life becomes even more depressing, but Marin never quite fathoms the true secrets of music itself, and knowing this about himself, he yearns for Colombe’s knowledge and fathomless depths of sorrow, which seem to be how come Colombe’s compositions are so strikingly beautiful and sorrowful.

Close to being a masterpiece of not just French cinema, but of cinema itself, Tous le Matins du Monde (All the Mornings of the World) is an endlessly rewarding piece of storytelling, and its use of music and its depth of understanding music is close to being unmatched in a film, as far as I can tell. Though it tells a very sad story, the movie has a decidedly spiritual and human element that is extremely rare to find captured so perfectly in movies, and the performances – especially by Marielle and the elder Depardieu – are exemplary. Alain Corneau directed. What a beautiful movie.

Kino Classics has just released a new Blu-ray edition of Tous le Matins du Monde, and it comes with a new audio commentary by a film historian, plus cast interviews, a making-of feature, and the trailer. 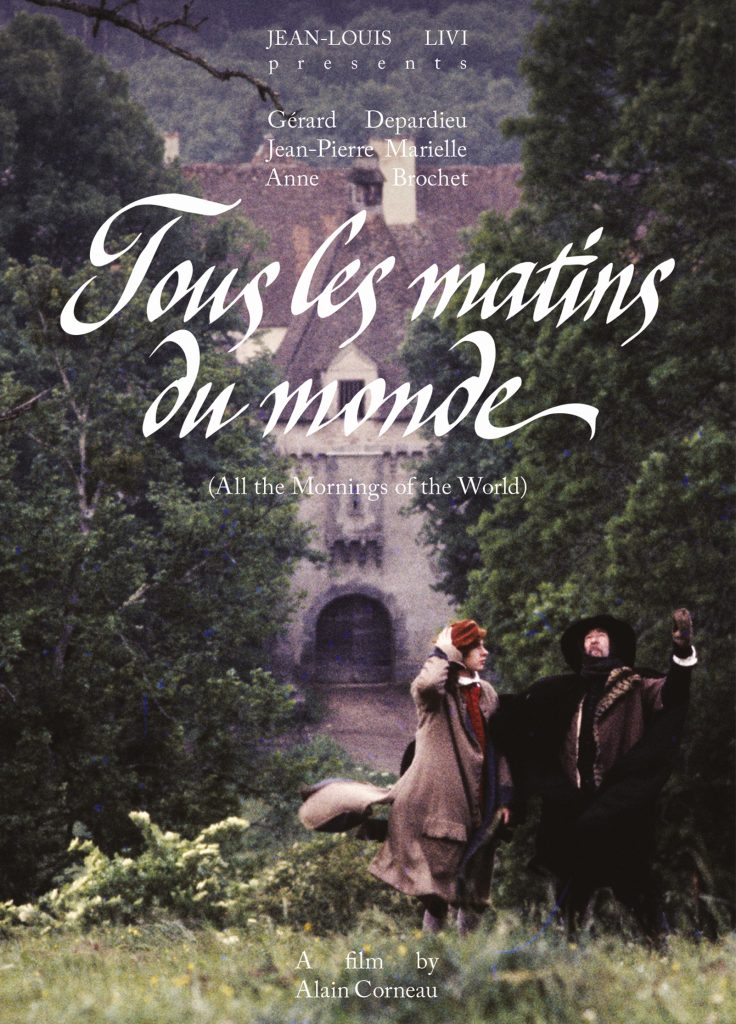