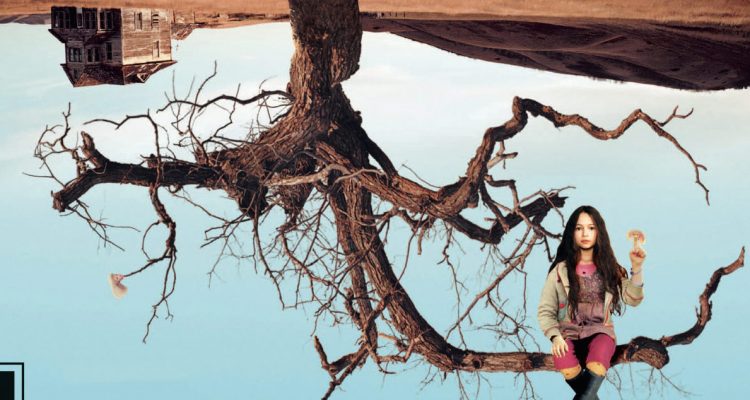 From one-of-a-kind filmmaker Terry Gilliam, Tideland is a gorgeous, if hallucinatory experience that constantly electrifies you and puts you in the hot box of discomfort with its ugliness and in-your-face approach to childhood trauma.

A little girl with a wild imagination deals with some very heavy issues after her parents die on her and leave her to fend for herself on a vast piece of land.

Nine year-old Jeliza-Rose (a beguiling Jodelle Ferland) is stuck with parents who neglect and / or abuse her: Her mother is a foul-mouthed chain-smoking drug addict (played by Jennifer Tilly) and her father is a heroin addict musician (played by Jeff Bridges), and little Jeliza has been taught how to administer heroin to both of her parents. When her mother OD’s and dies, her dad packs her up and they go on a road trip to the family farm she never knew they had – somewhere in Texas on a sprawling piece of acreage. When they get there, the house is a derelict wreck of a place, and moments after walking through the doors, her dad OD’s to death on heroin, but Jeliza never quite figures it out. She just assumes he’s off in dreamland, and so over the next few weeks she’s stuck with her imagination and her doll heads for company … and her dad’s rotting corpse. She meets her dangerously eccentric neighbors – a one-eyed weirdo lady afraid of bees (played by Janet McTeer) and her half-retarded brain damaged brother Dickens (Brendan Fletcher in a difficult role), both of whom are always on the cusp of violent overtures with all their social graces. Jeliza is an innocent thrust into their bizarre world of make-believe and macabre practices of mummifying corpses (their mother, and then Jeliza’s dad become zippered husks pumped full of preservatives), but Jeliza endures. Over the course of weeks (months?) Jeliza gets perilously close to sexual relations (not meaning to, but her reality is pretty much almost there) with Dickens, and the end-all-be-all crescendo of the end of the world, which comes crashing down all around her when the nearby train tracks usher in a cataclysmic event that could change everything.

From one-of-a-kind filmmaker Terry Gilliam, Tideland is a gorgeous, if hallucinatory experience that constantly electrifies you and puts you in the hot box of discomfort with its ugliness and in-your-face approach to childhood trauma. It would be a miracle if the little girl character in the film would make it to adulthood without an incredible amount of mental illness after everything she goes through, but that’s the beautiful part of being innocent and somehow maintaining innocence through horrible life experience: sometimes there is grace and a way through it all. I saw this theatrically when it came out, and I hated it then, but watching it a second time for this review really opened up the airways a bit and I enjoyed it. Gilliam is always hit or miss with me, but I always – always – appreciate his efforts no matter what because they’re so uniquely his.

Tideland was released onto Blu-ray from Arrow Video, and it comes with an audio commentary by Gilliam, and includes original on-set interviews with the cast, plus a 45-minute making-of feature, B-roll footage, and more. The movie looks stupendous in high definition. Arrow’s release is top notch. 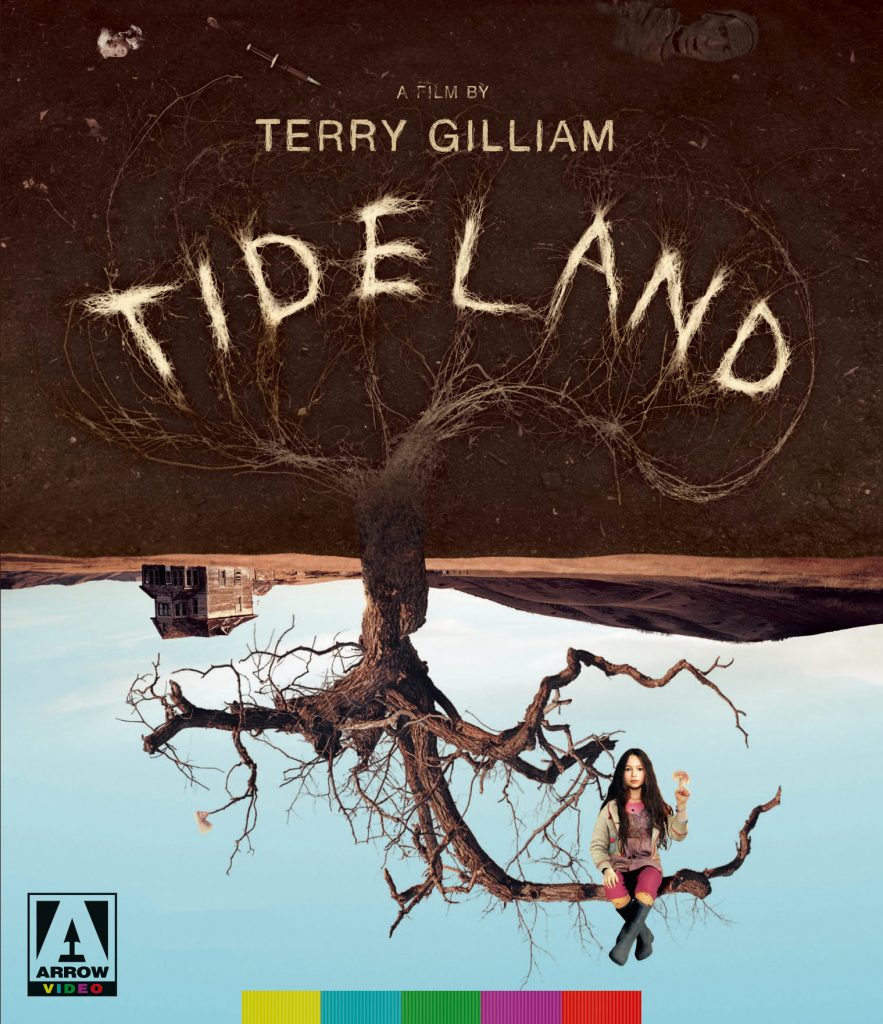