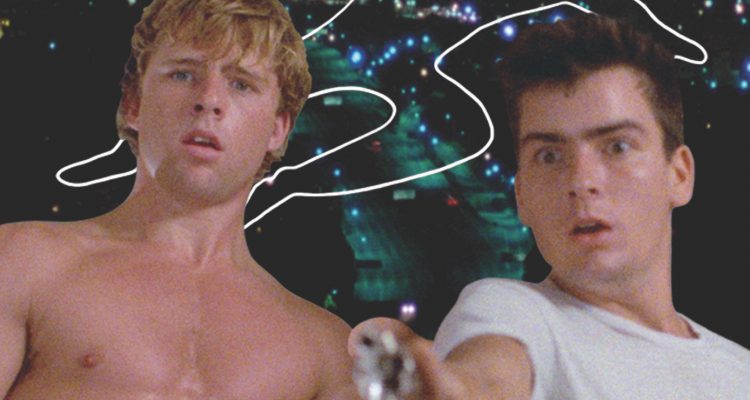 A truly disturbing film in every sense, this movie is incredibly prescient and important.

Two teenagers graduate high school and go on a road trip that turns into a nightmare as they go on an unintended murder spree.

Underachievers and best friends for life Bo (Charlie Sheen) and Ray (Maxwell Caulfield) are shunned by everyone in their graduating class: They’re cruel practical jokers and their lives are seemingly going nowhere, even after graduation. Bo is a little more on the “normal” side, while Ray is barely literate and has a brewing inconsolable rage percolating within him. With two hundred bucks in their pocket, the two teenagers hit the road to Los Angeles for the heck of it, but something unexpected happens: They brutally beat a gas station attendant (an immigrant) nearly to death in a moment of unintended violence. Bo is a little unnerved by it, while Ray (who did most of the beating) regrets only that they didn’t kill the poor guy. This incident gets the attention of the police after the fact, but with little to no clues or motive, Bo and Ray wildly careen onto their next boredom-fueled violent act, which also begins unintentionally: They accidentally hurt an old woman on a boardwalk by the beach, which prompts a wild road rage incident that almost kills another woman. After that, it’s almost an anything-goes rampage for these two kids, as they end up in a gay bar (also by accident) and going home with a guy who thinks he’s just picked up two attractive young men for a night of sex. What happens next completely plunges Bo and Ray into a world of murder and where the police are dogging them just two steps behind them. As Ray becomes unhinged and kills three more people (each murder is shocking because they’re so pointless), Bo realizes that his best friend is unglued and can’t be stopped, but when he finally figures out that Ray has literally become a serial killer over the past few days, he realizes that it’s too late to do anything about it as the police close in on them …

A stunning portrait of two young men who come of age through murder and violence, The Boys Next Door almost feels like a true crime biopic based on a true story because it feels so realistic. Caulfield resembles Jeffrey Dahmer in his role, and he plays the role of an inarticulate sociopath killer to perfection. Director Penelope Spheeris builds a chillingly realized world set in the present day, and the film feels very ahead of its time, especially in the age of random active shooters and school massacres. A truly disturbing film in every sense, this movie is incredibly prescient and important.

Severin’s recent Blu-ray release of The Boys Next Door far supersedes the previous DVD from Anchor Bay with a new 4K transfer, plus a slew of bonus features, including an audio commentary by Spheeris and Caulfield, interviews with Caulfield and co-star Christopher McDonald, other interviews with Spheeris, alternate takes and extended scenes, and more. 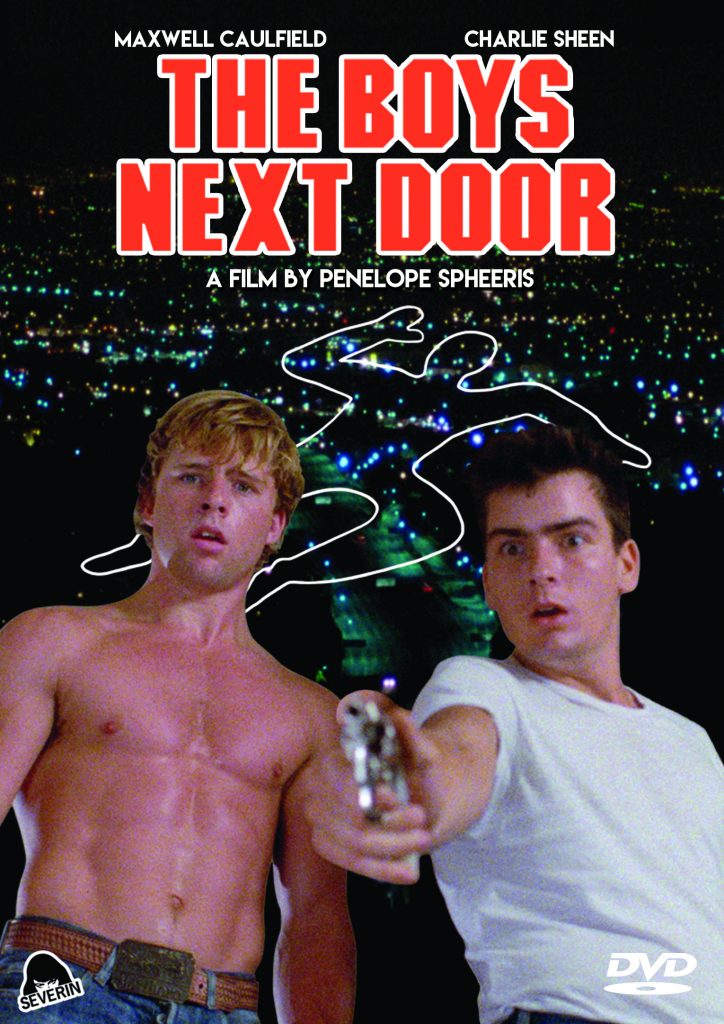