The cast gives adequate performances, but The Unhealer won’t resonate much as time goes on.

A bullied teenager accidentally becomes very powerful when an ancient Native American magic is transferred to him in a faith healing gone wrong.

Bullied teenager Kelly (Elijah Nelson) has a strange habit: He eats garbage. The other kids at school call him Garbage Boy, and they relentlessly harass and bully him, but there’s one bright light in his life: A pretty girl named Dominique (Kayla Carlson) is nice to him, even under peer pressure not to be. When Kelly eats something that makes him severely sick (could be anything – he eats a lot of Styrofoam, paper, cloth, and random trash), his mother (played by Natasha Henstridge a long way from Species) takes him to a two-bit quack faith healer who hangs out in the desert and accrues a following, an old man named Pflueger (Lance Henriksen). Pflueger, we know, is a fake, but he’s recently come into a strange, undeniable power that he dug up out in the desert … the ability to heal. He’s a scumbag who uses the ability to make a few bucks from desperate people, and before making a house call for Kelly’s mother, he’s approached by a mystical Native American (played by Branscombe Richmond) who implores him to return the power back to the spirits, but he not only refuses, he is adamant that he will keep the power until the day he dies. The Indian puts a curse on him: Whatever he heals next will be transferred to him in equal measure. So, when Pflueger goes to Kelly, he accidentally transfers to Kelly his power, but dies from Kelly’s sickness. Kelly, feeling rejuvenated and powerful, soon realizes the powers he possesses: When his bullies try beating him, they beat themselves up instead. He’s indestructible! But when the bullies take their harassment to the next level, they end up killing his mom on accident … which enrages the Unhealer, who goes on the warpath to get his revenge.

A pseudo superhero revenge fantasy film enmeshed with a coming of age drama with tragic, operatic undertones, The Unhealer reminded me of Victor Salva’s Powder (also starring Lance Henriksen, incidentally), which also dealt with a bullied kid who is bestowed with weird, supernatural powers, but this film doesn’t quite have the vision, style, or sensitivity of that film. It’s an adequate little comic book-type movie with some gritty moments (there’s a scene where a bully throws acid on the hero’s face, but instead of hurting the hero, the acid burns the bully’s face off real good) that should satisfy an undiscriminating audience looking for a quick thrill. I wanted more out of it, but director Martin Guigui was only able to go so far with the means that he had available. The cast gives adequate performances, but The Unhealer won’t resonate much as time goes on.

The Blu-ray release from Shout Factory contains a gag reel, deleted scenes, and behind the scenes interviews. 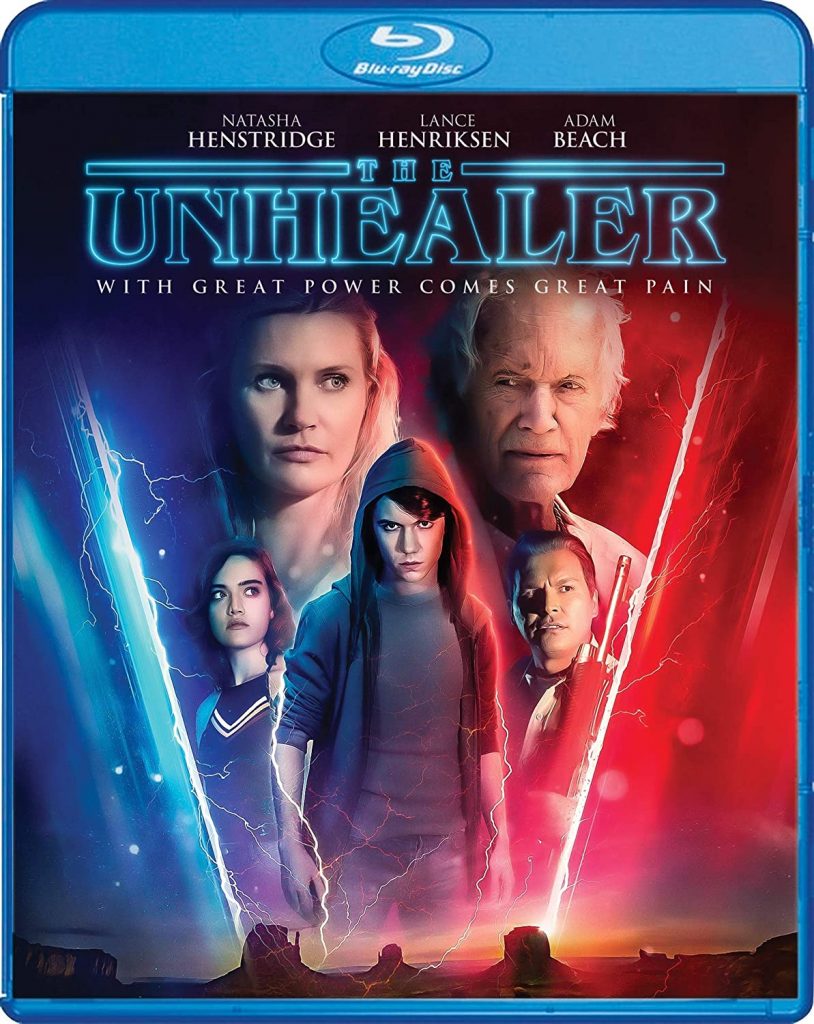