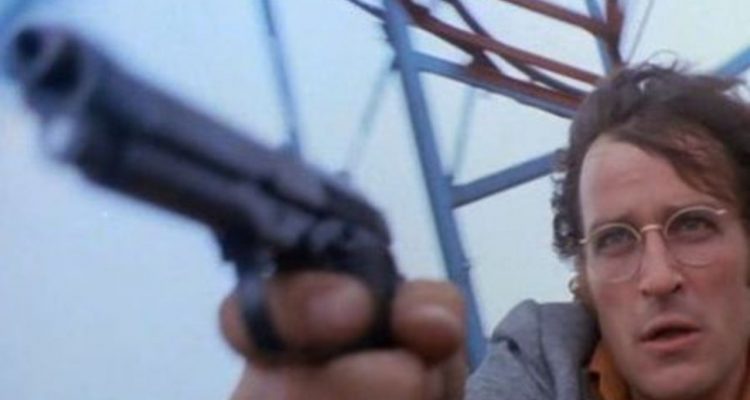 A nice melding of two genres. Arrow’s presentation is supreme. Some of the action gets a little goofy. It’s a good film, but not a classic.

Plot: A young prostitute is found brutally killed and is up to detective Germi (Claudio Cassinelli) the investigation of the case, as the search progress he uncovers a girls trafficking ring with connections to powerful people.

Review: A cop named Paolo (Claudio Cassinelli) goes undercover as a purveyor of the sleazy underbelly of Italy, posing as a john, looking for underage prostitutes so that he can get to the bottom of the slaying of an underage girl who was brutally slain in a scuzzy hotel room. He takes a purse-snatcher as a sidekick, and together they get very close to the realization that a wealthy politico is behind the assassinations of some underage girls who were privy to his identity. When Paolo gets too close to the truth, the psychotic assassin comes after him, leading to some hair-raising thrills and car chases.

A nice melding of the giallo (slasher) and poliziotteschi (cop thriller) genres, Sergio Martino’s The Suspicious Death of a Minor is a breeze of a film, with all the trappings of both genres. A borderline action film with stalker/slasher undertones, it feels like a Charles Bronson film during Bronson’s heyday. Martino’s penchant for sleaze and style is on display, and star Cassinelli scores big in his Columbo-esque portrayal of the tough detective.

Arrow Video has just released a Blu-ray / DVD combo edition of The Suspicious Death of a Minor, and the transfer is a newly restored 2K-quality presentation. With a reversible sleeve artwork, and some choice special features, including a new audio commentary and new interviews, this is a sweet package for fans of Italian genre cinema.