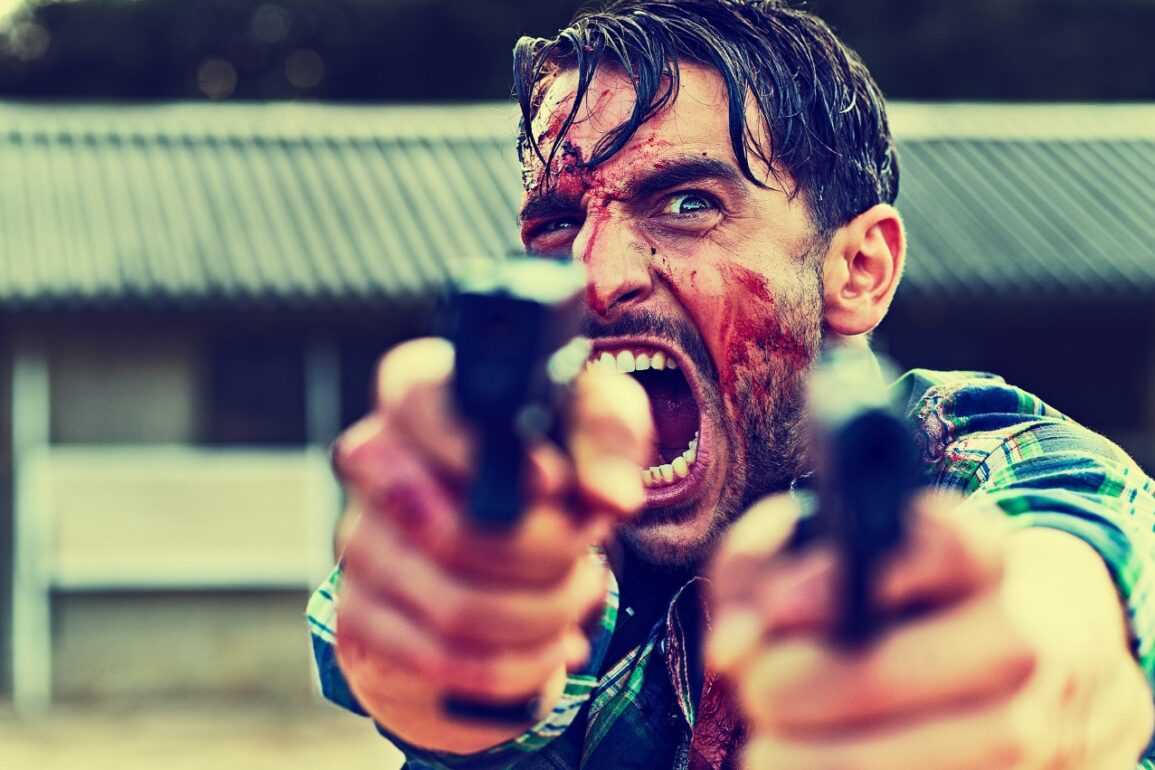 First question, have the fans of Watership Down retaliated yet?

Thats a funny first starter question for 10 – No retaliation …yet…Watership down is a great film but very bleak and dark. There is a tiny homage to the film in CLB but I will leave it to you see if you can find it. Nothing nasty…as Rabbits are one of my favourite things…especially served with tomato source on a bed of pasta.

In all seriousness, congrats on the film! Do you remember how you pitched the film to your investors and cast initially? What was it that got them to want to be involved in a killer bunny flick!?

We had not long completed Crying Wolf and the experience, as hard as it turned out, it was amazing, a real pleasure to make and we made a lot of friends and met some fab talent it was inevitable we would all work together again. A lot of the crew and cast got in touch regularly to ask when the next project was going to happen. So I shot a taster for CLB and my partner in crime Kris Dayne had some connections that resulted in them seeing the taster and coming on board with the funding instantly. The film felt different from other low budget productions being pitched around and I guess this one had a little more personality and potentially was more salable , which has proved correct as its been amazingly well received globally. On many occasions the film sold itself. I made sure that people embraced it for what it was and we had to have the right frame of mind to pull it off. Not only did the script had to be funny but we had to have a laugh making it. Andy Davie and I wrote the first draft then handed it over to Garry Charles who gave it some lovely humour. In an ideal situation we would have had more time and funds but for what we got I think we did a bloody good job mainly because it was brilliantly lined produced with everything scheduled to perfection. The aim has always been to make a fun movie not taking itself too seriously and I think if viewers go to it with this in mind they will enjoy it.

What kind of guidance and direction did you give those appearing on-camera? Because we had to rely on CGI rabbits due to time and budget constraint and also the real rabbit acting guild were in dispute for an increase in carrots at shoots, it meant most of them were out on strike. So often it was a matter of painting the picture of the scene with rabbits missing and often playing the rabbit role myself. Play it straight I said, however cute they are if one of the little bastard ripped your throat out you wouldn’t be blowing kisses back at it. So for me it was about identifying the threat and the danger. Often I would describe the killer look rather than the furry cute lovable pets we all adore and this really did the trick, by day two most of the crew and cast were ready to instigate global rabbit genocide…i must add that no real rabbits were ever harmed in the making of this movie..ever…the bastards were on strike any way.

And does that include the rabbits?

Those that did come to the set were a nightmare..such primadonas, constantly asking for more lettuce…complaining the cucumber was cut too thickly and the carrots were not organic…and to top it all they kept leaving shit pellets every where which was so unprofessional.

Was there anyone you would’ve wanted to have involved but couldn’t get?

Not really, with micro budget movies you work within your means, talent you know can deliver and crew members that can create the goods so no, I was super happy with the whole production, just wished we had more budget and time but thats life in the world of small films.

The film has  a nice balance of horror and comedy. Was that intentional? Totally. I always write a list of things I want my films to have and achieve, for this ride, comedy had to be a key ingredient. The action and horror was a must as you can’t ‘not’ have action in a creature feature. But we also wanted to give it some credibility by having the touching tale of father and son making up to save the day. The humour thought definitely led the way, it allowed us to take the ridiculous scenario and make the most of it. I wanted to appeal to a broad audience, something for every horror and comedy fan. Lots of all guns blazing and creature invasion with jokes and blood topping the pie! Its pretty full on!