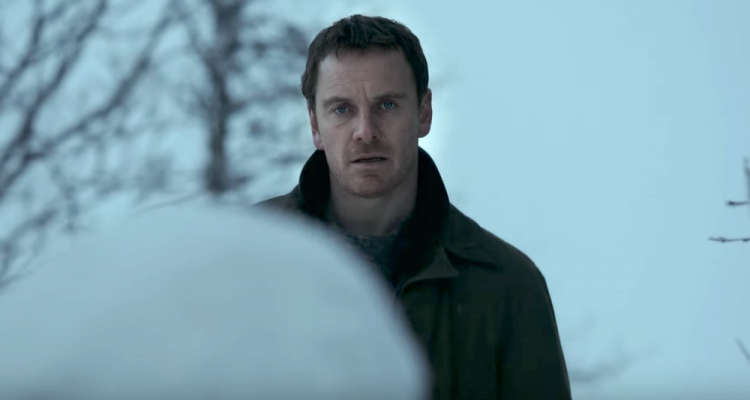 Synopsis: Set in Norway, The Snowman follows Harry Hole (Michael Fassbender), an alcoholic ex-legend cop who joins forces with detective Katrine Bratt (Rebecca Ferguson) to track down a serial killer who leaves snowmen at the scenes of his murders.

The Good: The film is shot beautifully. There are several shots that really show how breath-taking the scenery is in Norway, with lots of snowy vistas and picturesque mountains. Probably the best sequence though was at the climatic showdown, that featured a clinging mist over a frozen river.

The Bad: The characters in this movie were so bland and unappealing, it was just a complete waste of talent. I’m a big fan of Fassbender’s and I’ve always contended that I could watch the man do anything, but this really put a strain on that idea. His character was unappealing from the start as an alcoholic and despite several attempts by the story to make him likeable, Fassbender just sleep-walks through them, it appeared he didn’t even know what film he was in. Ferguson is likewise bland, despite the strongest motivation amongst any of the hero characters for wanting to catch the Snowman. Charlotte Gainsbourg is lost as Hole’s maybe-she-is/maybe-she-isn’t love interest.  J.K. Simmons tries as an oily politician, but gets too little screen time to make any impact.  Toby Jones is completely wasted as a clueless police captain. The worst though is Val Kilmer, who is painful to watch as an alcoholic cop (much like Fassbender…apparently this movie thinks that all male cops in Norway are drunks) and just lacks any of the presence that he carried himself with any of the previous roles.

The Ugly: Oh my, the Snowman is a complete and utter mess of a story. There are flashback scenes intercut throughout and they carry no significance and bear no impact on the present day story. You could completely cut them out and with one exception concerning Ferguson’s character, they would not be missed. In fact, you could cut out Ferguson’s character and she would not have been missed. That’s when you know you have a bad story. Not only that, the twists and turns that the movie makes are all for naught – it is extremely obvious who the killer is halfway through the movie and yet the film soldiers on and tries to sell you on red herrings that the audience knows are fake. You could easily have cut 40 minutes out of this movie and not missed it. Also, the action was cut extremely badly, there’s a fight close to the end that has severe repercussions on one of the characters and you don’t even notice what happens because it’s all quick cuts and action that you glimpse, but don’t see.  Then you see someone is missing an appendage in the final scene and you’re like “when did this happen?” When you miss something as important as that, you’ve either been staring at the wall instead of the screen (and really, who could blame you for that) or it’s been badly shot and edited. Pick which choice I’m leaning towards.