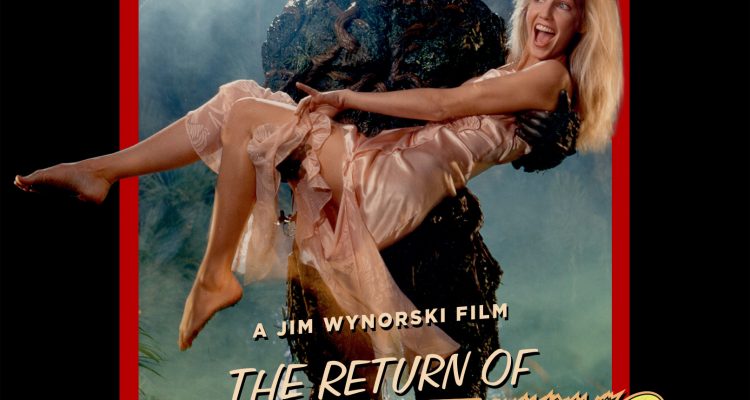 Plot: The Swamp Thing returns to battle the evil Dr. Arcane, who has a new science lab full of creatures transformed by genetic mutation, and chooses Heather Locklear as his new object of affection.

Review: Mad scientist / megalomaniac Dr. Arcane (Louis Jourdan reprising his role from Swamp Thing) has been resurrected from his grisly fate after his first encounter with Swamp Thing, and he’s still intent on creating freaks in the bayou like good old Dr. Moreau. Swamp Thing (played by stuntman Dick Durock) – a heroic creature spawned after Arcane tried to murder a doctor trying to solve world hunger with a new serum he created – rises from the swamps again to save the day. In the mix is Arcane’s stepdaughter Abigail (Heather Locklear), a valley girl clearly out of her element in the goopy world these characters inhabit. By some miracle, Swamp Thing and Abigail spark a romance in the middle of the mayhem, and their Beauty and the Beast subplot is pretty charming and sweet, thanks to winning performances.

A worthy sequel to Wes Craven’s solid original, Jim Wynorski’s The Return of Swamp Thing is a fun and campy – but still quite cinematic – follow-up. Good special effects, humor that works (mostly), an upgraded look for Swamp Thing, bodacious babes (Monique Gabrielle has a supporting role), and a rousing score by Chuck Cirino all boost this comic book adventure to solid cult status. I’ll take this over any of the Avengers movies any day of the week!

Previously released on DVD from Image, The Return of Swamp Thing makes a triumphant return to home video, courtesy of MVD Rewind in a spectacular blu ray package. In addition to a pristine 2K high definition transfer, the disc is loaded with new and archival features that would take hours to sift through.