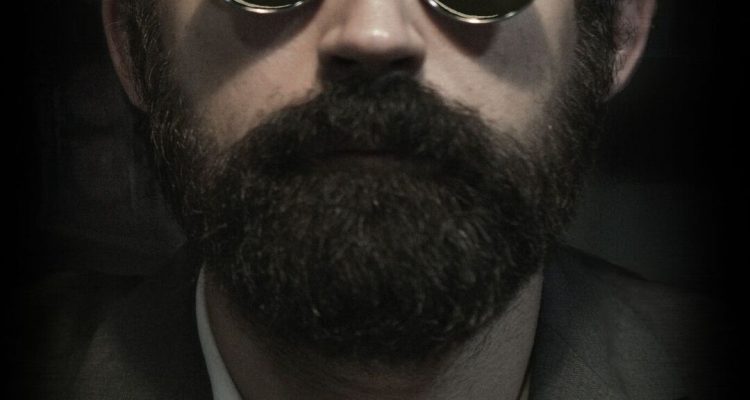 Stuntman, actor and director Eric Jacobus (ABCs of Death 2) co-writes and stars in Blindsided: The Game, directed by Clayton J. Barber (Get the Gringo), an extended and continued story of a 2016 short film of the same name.  Blind man Walter (Jacobus) goes to the grocery store to acquire fresh milk to go with his favorite, freshly home baked pie – apple pie – and happens to stumble upon some goons led by Nico (Nicholas Verdi, Agents of S.H.I.E.L.D.) coming to collect from local store owner Gordon (Roger Yuan, Showdown in Little Tokyo).  Finely choreographed, cane-swinging action ensues as Walter realizes he was given the wrong change and happens to encounter the goons pressing Gordon further in the back lot.  Additional confrontations and quick plot advancement eventually take Walter to a high stakes card game with the boss of the goons, the tough talking loan shark Sal (Joe Bucaro III, Ant-Man).  The result is a production filled to the brim with passion, an effort in which the stars, every writer, choreographer and stuntman clearly care a great deal in what finally appears onscreen, in what seemed to be pretty enjoyable for those involved and very enjoyable for audiences.

Zatoichi meets The Cincinnati Kid in a movie that is all kinds of fun for diehard action fans.  Every movement, every bit of choreography feels seamless and smooth as silk in editing, with the numerous choreography veterans showing how it’s done in a way that you will be hard pressed to see anywhere else in today’s cinema outside of southeast Asia.  The characters are colorful, the dialogue is witty, and the lines and exchanges feel totally natural, at least in a noir graphic novel context.  As an obvious nod to the Zatoichi movies, this arguably captures the spirit of those better than a previous attempt by Hollywood in 1989’s Blind Fury.  Jacobus truly feels like an “American Zatoichi” here, with the aloof, slightly goofy attitude and mannerisms shown by “Beat” Takeshi, and the wise and shrewd gambler side of Shintaro Katsu’s version of the character at once.  Both the “boss villain” Bucaro and lead henchman Verdi are just about perfect in their roles, Bucaro having the voice, look and wardrobe of the quintessential loan shark and Verdi showing that balance of persistence, seriousness and just enough incompetence in the face of this kind of “accidental hero” protagonist.  The sound is sometimes an issue, getting more quiet than usual in the more dialogue heavy scenes, and the short 45 minute runtime means the pacing is such that what little can be explained in the basic plot is only done so in one short bar scene and via the introduction of the characters themselves.  But as an overall action production and choreography showcase with a touch of classic humor and a comic book feel, Blindsided: The Game is about as entertaining as they come.  This could easily work as a long series of shorts or several 45-60 minute features.  Here’s hoping this gets even a fraction of the number of installments as its Japanese movie series counterpart. 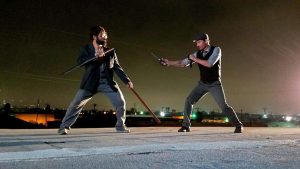