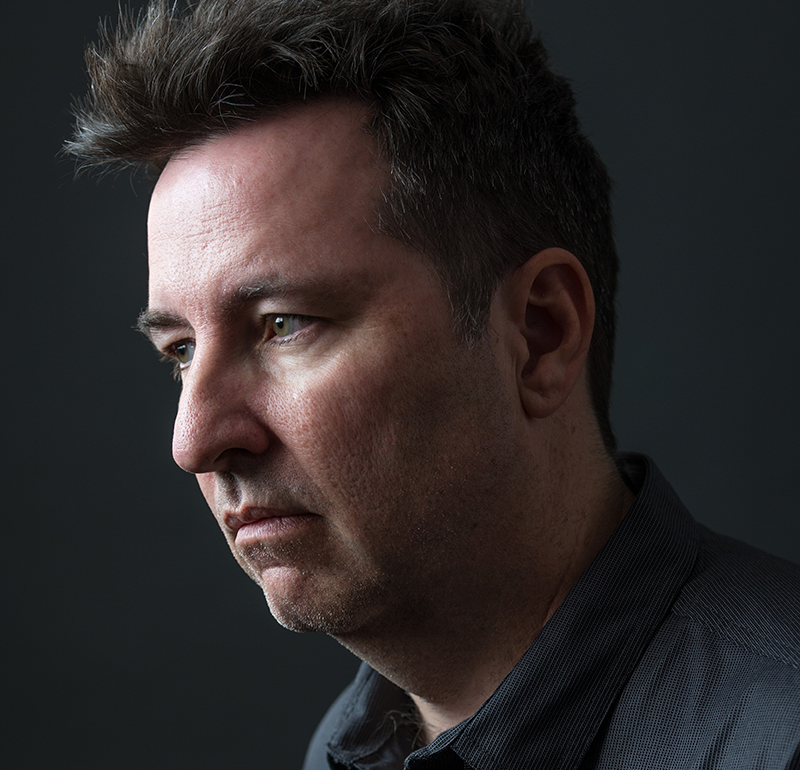 A writer, producer, composer and director with several credits to his name, Stephen Van Vuuren has been creating shorts for nearly 30 years.  His most recent ambition has been In Saturn’s Rings, a 39 minute documentary about Saturn and its imagery and study via the Cassini spacecraft.  He provides his valuable time in discussing its development and related material in this interview.

What sparked your initial interest in doing a documentary on the Cassini spacecraft? Why do you think there was so little fanfare or coverage on such an ambitious project?

As a kid I wanted to be an astronaut and devoured every book I could on the subject. That led me to Carl Sagan’s “Cosmos” and reading about Saturn’s moon Titan, I imagined myself being the first astronaut to land on Titan and discover alien life. That dream did not work out, but over the years I kept following space exploration, especially when the Cassini mission launched as not only was Saturn my favorite planet but Cassini carried the Huygens lander – our first landing on an alien moon.

I was stunned that so little media coverage for Cassini-Huygens was present. My guess is that the decline in our space programs, the lack of astronaut so we did not feel we “were there,” the general media’s low priority for science stories and public education’s lack of focus on space exploration all contributed. As a planet, our species has become a world of navel gazers instead of star gazers.

You managed to get the legendary LeVar Burton for the narration of In Saturn’s Rings. Why Burton, in particular? Was he your first choice? Who else had you considered?

The film started out early as a narrated film but then became a film with title cards, music and no narration. In the last year of production I realized narration was going to be needed, but I was very concerned about the choice of narrator – it can truly make or break a film and given that this film dealt with big subjects, not just anyone would do.

I listened to a lot of people – famous and not famous. I came up the kind of person I was looking for:

LeVar was actually our first choice and his agent and he were both open to the project from first communication so we did not consider or talk to anyone else.

You have now made a lengthy documentary after having done numerous shorts prior. What was your inspiration for going longer, and from where do you typically draw your creative inspiration for your projects?

I’ve actually worked as co-producer, DP, post-production supervisor, sound mixer etc. on features before, but the major factor is that I always wanted to do long form films (although I love and will continue to make shorts) – In Saturn’s Rings took 14 years of my career. I have friends who’ve made 7+ features in the same period of time.

I draw inspiration from everything really – life, experiences, art, books – but music and quiet times walking, showering, driving are where the really great ideas come from.

The vision of In Saturn’s Rings came one day in 2006 in driving in my car listening to Adagio for Strings.

What were your biggest obstacles in approaching this ambitious endeavor, if any?

Everything. No one in history has ever made multiplane photoanimations over a few minutes (music video length). And those has been at SD or HD resolution. ISR was to be made at 16 times (8K) HD resolution, so we had no idea how to start (or finish). We had to invent the method of making the film as we made it – like trying to invent, design and build a new kind of airplane while flying it in the air.

Plus, because we were using only real photographs – we could not just write anything and create our story the normal way. We had to see what imagery from space existed, see what shots we could make and build a film from that.

So everything – the creative, the technical, raising money, rendering, marketing, has been a major challenge.

Tell us a bit about your background. When did you first become interested in space exploration, much less the ability to create a documentary on the subject?

Most of this I answered above. But to add to that – my dad bought me a still film camera as a kid and I learned aperture, f-stops, shutter speed, rule of thirds and fell in love with cameras. When I was 18, discouraged that my vision was too poor to be pilot to then be an astronaut, I saw 2001: A Space Odyssey and was seized by the idea of making movies.

As far as Saturn itself goes, what interesting facts do you hope people will leave with after viewing?

My hope is more that people are inspired emotionally and stimulated intellectually to learn more and explore themselves, even just through a camera or telescope. We did not put a lot of facts in the film but tried to put a lot of beauty.

What do you think, in your opinion, will be the future of space exploration and how it is publicly seen and covered in the next 10 or so years?

I think we are at dark time with glimmers of hope. Our space effort above low Earth orbit is weak and struggling. But the current internet is publicizing missions like Juno and New Horizons better now than when Cassini launched. But still, only some like SpaceX is breaking out much and they are not focused on deep space (yet). NASA has no true flagship missions fully funded to deep space either.

I’m a natural optimist but with deep space exploration right now people get far more excited by virtual reality than actual reality so without some major event or effort on a Apollo or global disaster level, I’m not sure we will change our ways anytime soon.

The vast amount of imagery captured from the Cassini was such that you were able to put together an entire project surrounding it all. Do you think there will be any revelations or new conclusions based on their study?

I don’t think so – we are just trying to share images, not doing any science. We do hope we inspire others to delve into the data and maybe some kids in school to pursue science however.

Perhaps an unorthodox question, but what do you think of the prospect of extraterrestrial life? Do you think future launches of such craft as the Cassini could yield any interesting results of at least exploring the possibility on a greater level or be an additional resource for SETI?

Not unorthodox at all but this the very heart of the matter. Cassini discovered subsurface oceans of water on Titan and Enceladus and possibly a couple of other moons on Saturn. I had the honor of attending the Grand Finale of Cassini at JPL last September. One thing I did was ask some leading exobiologists and others looking at the data from Cassini to ask them how likely they thought it was that life was there or at Europa (Jupiter’s moon). The answer? “Very likely.” That surprised me.

Looking for life on these Ocean Worlds should be mission #1 for planet Earth.

I have short and feature length narrative scripts in the works – all with a sci-fi/fantasy angle. 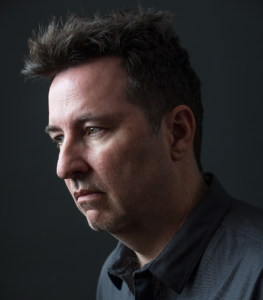 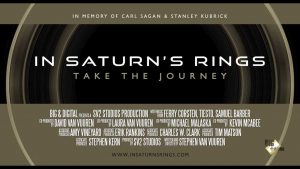