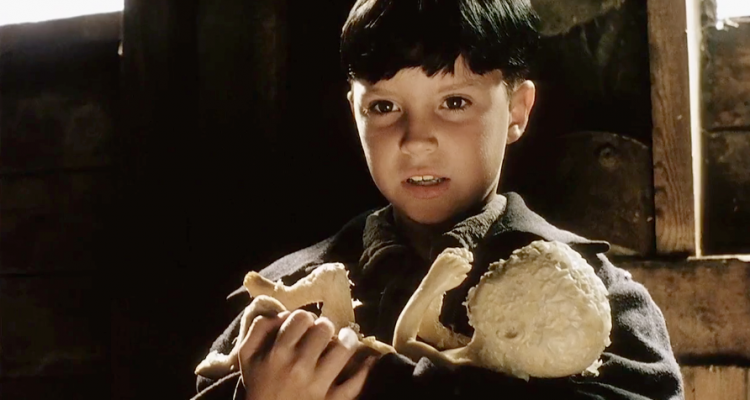 As a coming of age tale, The Reflecting Skin pretty depressing, but as a film it’s a masterpiece of fully conceived and realized intent.

Plot: In the 1950’s, a young boy living with his troublesome family in rural USA fantasizes that a neighboring widow is actually a vampire, responsible for a number of disappearances in the area.

Review: A child named Seth Dove (Jeremy Cooper) lives on an Idaho wheat field with his gas station owner father and abusive mother, slowly getting a sense that the world is a dangerous, inhospitable place unfit for a child to grow up in. The field in which he lives is a sprawling, golden wasteland of infinite possibilities, and he hangs out with two other little boys, and they get into typical trouble on a daily basis. When a strange, attractive woman named Dolphin Blue (Lindsay Duncan), who lives nearby in a huge house all by herself, begins to affect Seth with her hypnotic sadness, Seth’s world gradually transforms and he begins to lose his innocence. First, one of his friends is found dead in a well on his father’s land, putting his father at the center of attention, which leads to his dad’s horrific suicide. Next, Seth’s older brother Cameron (played by Viggo Mortensen) returns from the South Pacific war, and he almost immediately has a strong attraction to Dolphin Blue, whom Seth suspects is a vampire or otherworldly creature. Yet another of Seth’s friends is found dead, and knowing that the specter of death is stalking Seth and those around him, the realization of grief and mortality fills his world with a certainty he can’t escape.

A stark and startlingly gorgeous film built around dreamlike images, The Reflecting Skin is a singular work, quite unlike any other. I saw it at least 20 years ago on VHS, and it didn’t hit me like it did as a mature adult. It commands your attention and demands to be absorbed like a hypnotic painting. Writer / director Philip Ridley fills every frame with vivid clarity and purpose, and even though it’s clearly an allegory, it can be seen as simply a story without a metaphor. As a coming of age tale, it’s pretty depressing, but as a film it’s a masterpiece of fully conceived and realized intent. The score by Nick Bicat deserves to be released.

Film Movement’s recent Blu-ray is presented in a beautiful 2K restoration, and there’s an audio commentary by director Ridley, as well as a 45-minute documentary with interviews by Ridley, Mortensen, and cinematographer Dick Pope, plus an insert booklet with an essay. 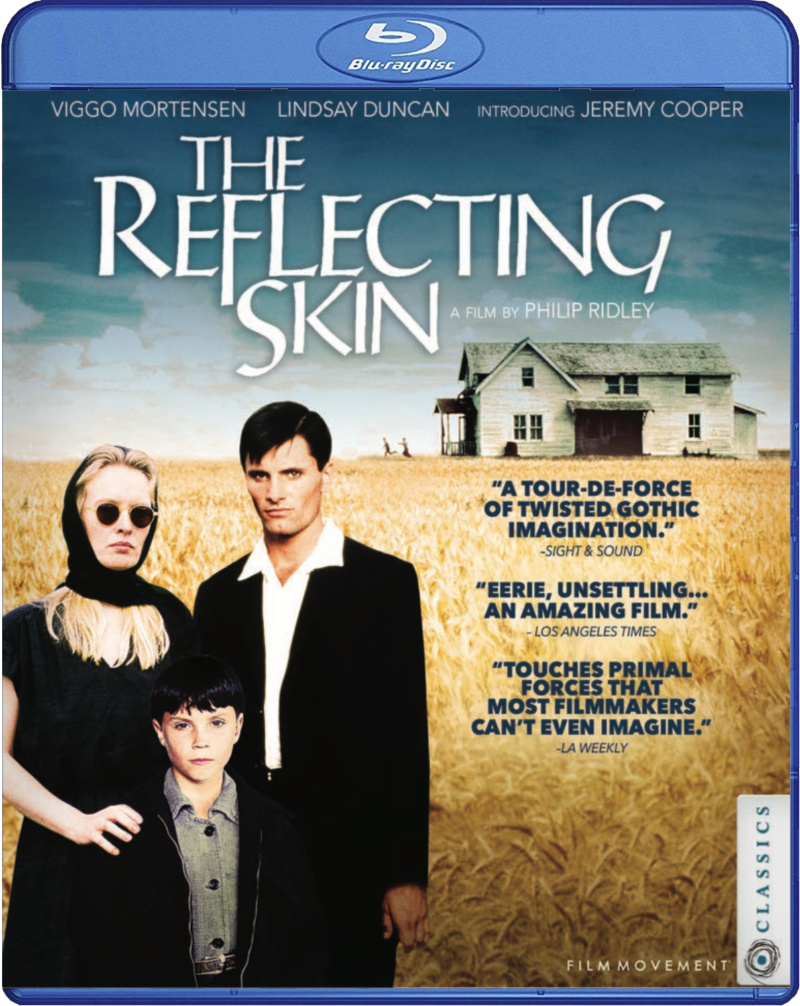