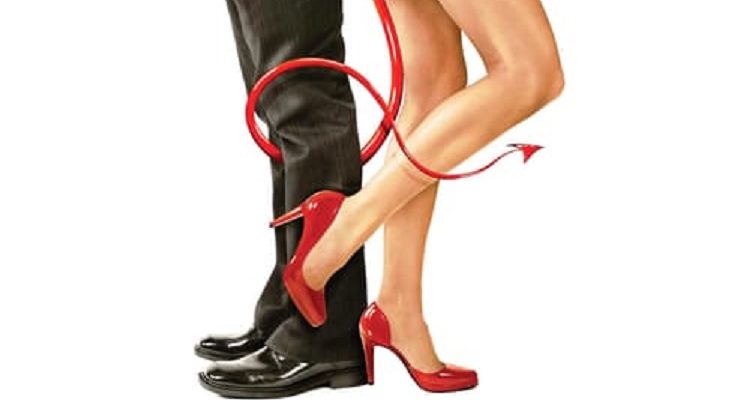 Shortcut to Happiness is a fascinating viewing experience, and if you know anything about the making of the film, or are a fan of anybody in the cast, you should check it out and behold the thing that it is.

Plot: Down-and-out writer Jabez Stone sells his soul to The Devil in exchange for fame and fortune.

Review: After getting fired from his job for being too nice, fledgling writer Jabez Stone (Alec Baldwin, who also directed) throws his typewriter out of his apartment window in frustration and accidentally kills a woman. In desperation, he calls out to Satan for a quick bailout: He’ll sell his soul for a redo, plus 10 years of fame and fortune. The Devil knocks on his door and reveals herself as a slinky babe in the form of Jennifer Love Hewitt. To seal the deal, Jabez must sleep with her, and notices that she’s got a scar at the apex of her back where her tail used to be. SO: In short order, Jabez becomes a virtual overnight success. His rejected novel becomes a smash hit at the very publishing house he’d been rejected before. He churns out two or three more books and gets movie deals, but can’t seem to enjoy his celebrity and accolades. He also can’t make time for his most trusted friends, loses sight of his heart (and soul), and desperately yearns for the days when he still felt like himself. When his soul is due to be collected, Jabez seeks the counsel of powerful publisher Daniel Webster (Anthony Hopkins), who once made a deal with The Devil and collected her tail after a victory when he was able to keep his soul after making a deal for success. Jabez implores Webster’s help, and so what ensues is an otherworldly trial for Jabez’s soul, with everything at stake, but with Webster – the only man who bested The Devil – defending him, his chances seem pretty good at retaining his soul.

Whoa, doggies, here’s a doozy of a movie. Alec Baldwin, who starred and directed (he had his named removed as director), concocted one of the most overblown vanity projects I’ve seen in a long time. I remember when this movie got shelved and reedited by the distributor and the news intrigued me, but I only just now watched the film, so I can see what the fuss was about. Baldwin’s tactic as a director was woefully immature and misguided: This film has some of the worst editing and set-ups for scenes I’ve ever seen. It’s painfully old fashioned for a big budget movie, and Baldwin puts himself at the center of attention, giving himself a silly role in a boneheaded plot. Hewitt is seriously miscast and is outclassed by both Baldwin and Hopkins, who is the only person in the cast who can walk away from this fiasco unscathed. The movie tries to be cute and funny, but fails spectacularly. Even Christopher Young’s score is desperate to find the right balance of tone. Still, Shortcut to Happiness is a fascinating viewing experience, and if you know anything about the making of the film, or are a fan of anybody in the cast, you should check it out and behold the thing that it is.

MVD recently released this one on Blu-ray under their Marquee Collection banner, and it comes in high definition, but without special features, aside from the trailer. 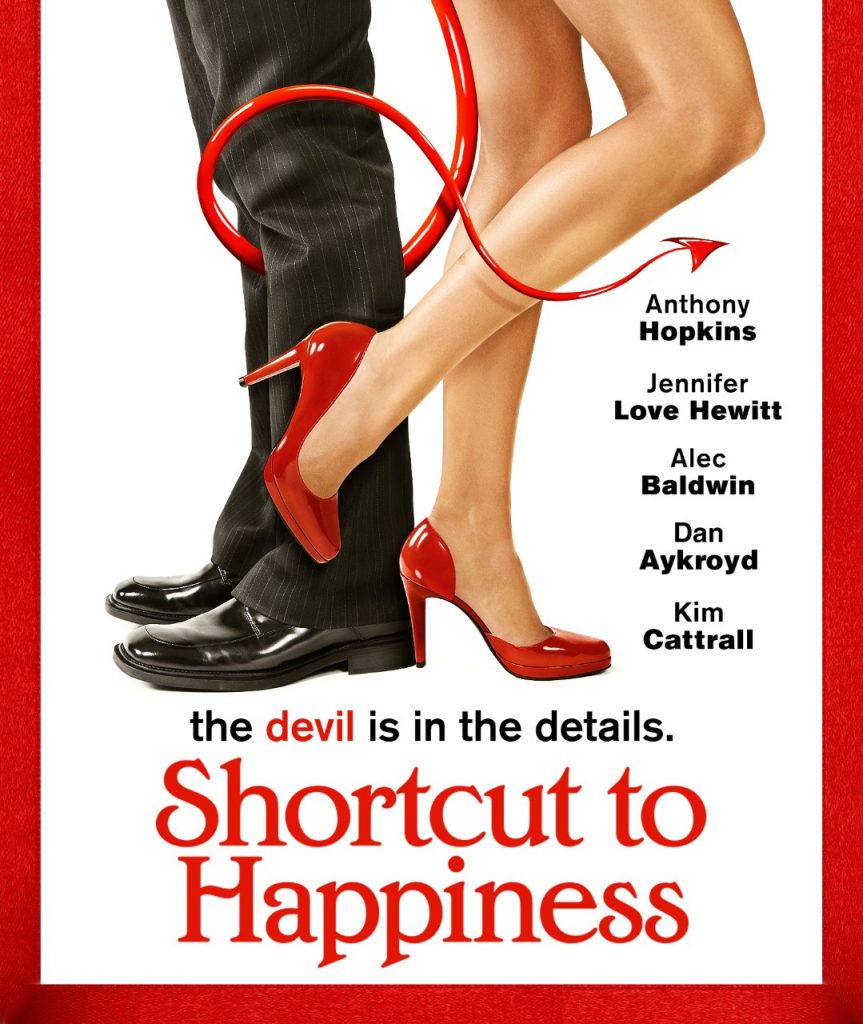