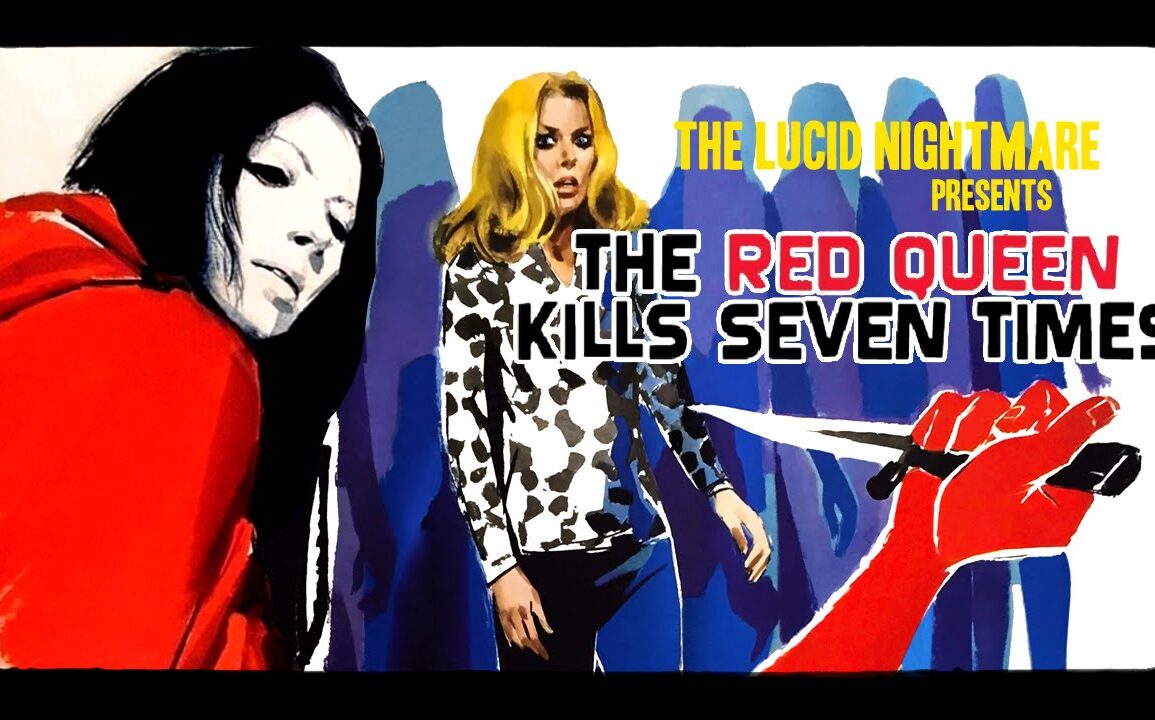 A capably directed film that slasher and giallo fans should be aware of.

Plot: When two sisters inherit their family castle, a string of murders committed by a mysterious dark haired woman in a red cloak decimates their circle of friends. Is the killer their ancestor, the “Red Queen” whom legend says claims seven lives every hundred years?

Review: Two sisters grow up in a lovely gothic castle, surrounded by culture and esteem, and they’re both dearly loved by their grandfather, who tells them about an old family curse concerning sisters who turn against each other and one of whom became “The Red Queen” who felt compelled to commit seven murders. The curse, supposedly repeats itself every hundred years, and wouldn’t you know it: The two little girls fall in the hundred-year bracket, so they’re basically doomed to repeat history. Thanks, grandfather! When the girls are grown up, they’ve each gone their separate ways, but one night their grandfather is murdered by … The Red Queen! And so begins the cycle and the mystery surrounding the curse that has besieged the castle where the two sisters grew up.

Made in the giallo style at the height of the Italian boom of the 1970’s, The Red Queen Kills Seven Times is a solid little “Who Done It?” mystery/slasher with a heavier dose of sex and nudity than usual for these types of films. Star Barbara Bouchet and co-star Sybil Danning (who disrobes several times) lend their beauty to an otherwise capably directed (by Emilio P. Miraglia) film that slasher and giallo fans should be aware of.

Arrow Video has just released a box set of The Red Queen Kills Seven Times and another title called The Night Evelyn Came Out of the Grave in a gorgeous looking collection under the title Killer Dames, which is a snazzy collection for collectors, and a great addition to Arrow’s fantastic releases. The Red Queen Kills Seven Times (which comes as a Blu-ray / DVD combo pack) is presented in a brand new 2K restoration (high definition in 1080p), and comes complete with tons of special features, including a new audio commentary, a new interview with co-star Danning, more interviews, and archival documentaries, as well as trailers, and a reversible artwork sleeve and a booklet that comes exclusive to the set. This collection is limited to 3000 copies.