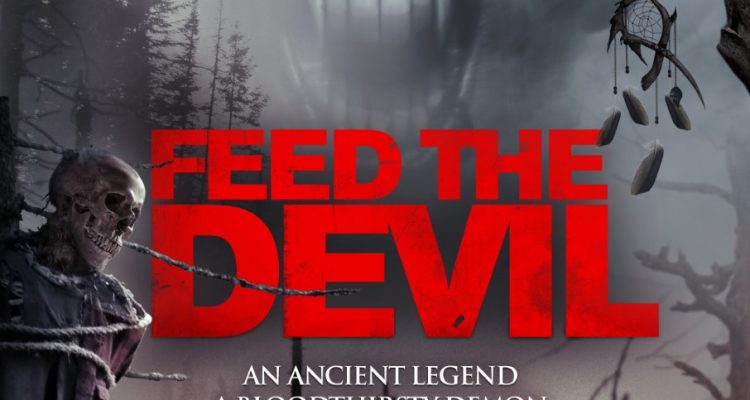 Available from Aug 2 from Uncork’d Entertainment, Max Perrier’s Feed the Devil tells of a duo who go head-to-head with a demonic beast in the wilderness.

Given a map to marijuana planted in the remote wilderness of Alaska, Marcus and his girlfriend Stella head off on an expedition to cut down the crop and make easy money. The mission quickly turns deadly when Stella vanishes and the quest to find her uncovers a trail of victims tied to an ancient Indian myth. The search becomes a lethal game of survival when they are hunted down by the demonic beast behind the legend.

What can you tell our readers about your character in Feed the Devil?

Lydia is incredibly resilient and determined. She hasn’t had the easiest upbringing, and her natural wariness and stubborn need for survival make her formidable.

This strength, coupled with a desire to save her sister despite their rocky past make her a beautifully complex character.

It’s not a literal devil, but an internal one…that needs to be fed.

Where was the movie filmed? Looks like some beautiful country!

It was filmed about 2 hours North of Montreal near a town called St. Zenon. It was almost entirely shot outdoors in some truly gorgeous campgrounds and national parks.

The trailer teases a real mix of genres. How would you pitch the film to us?

It’s really a mix of a psychological thriller and a traditional horror film. There are even some very dark comedic moments throughout. Think deliverance meets cannibal holocaust.