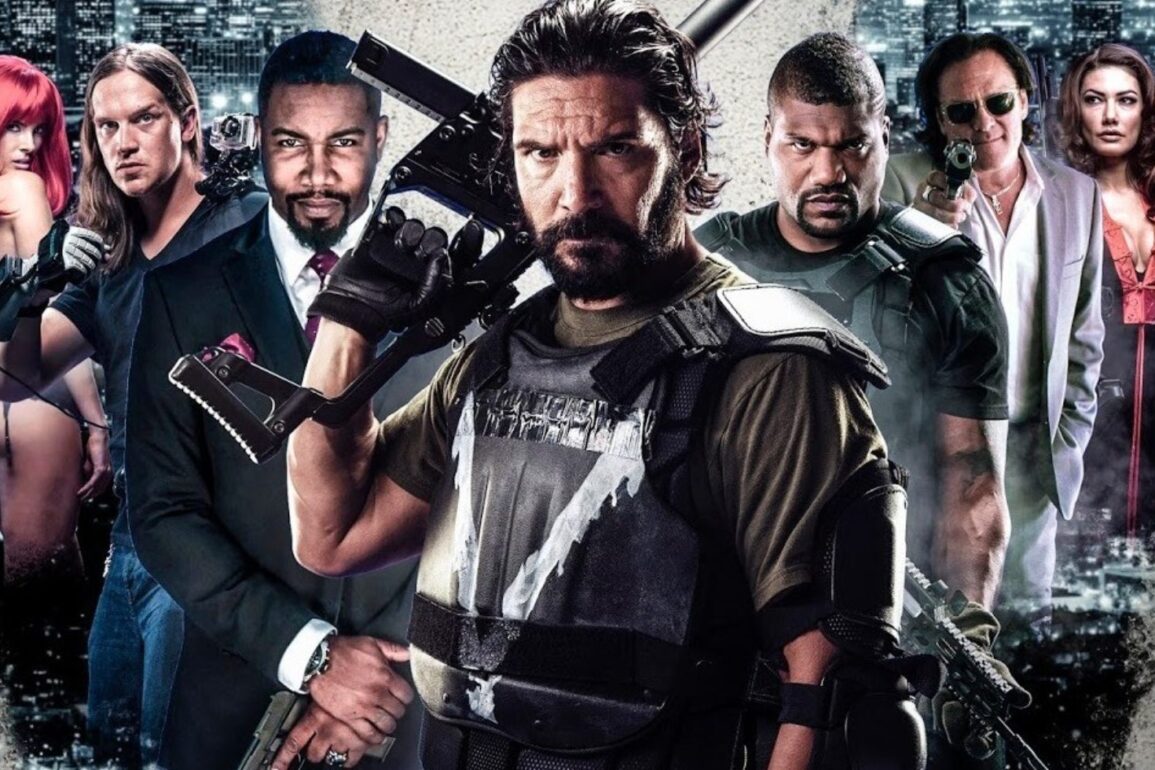 The great cast is sadly wasted and it’s ultimately unsatisfying.

Plot: The Vigilante Diaries is a high octane action-adventure film featuring 90’s movie heroes, explosive action, and international espionage. The film revolves around a team of black-ops agents turned crime-fighters, led by a brooding anti-hero, known only as “The Vigilante.” These jam-packed missions of rescue and revenge take us from the mega-mansions and underbelly of Los Angeles to far away places like Iraq, Armenia, Russia, and The United Kingdom to introduce us to a cast of colorful, dangerous, and hilarious characters. From Beverly Hills filmmaker Mike Hanover, to a trio of Asian femme fatales, to ruthless Armenian mobsters, and at the top, a pair of deep cover super spies hell bent on throwing the world into chaos.

Review: Even in 2016 new movies are made where character names are flashed across the screen as they are introduced in the film. If you thought that died in the ’90s, look no further than Vigilante Diaries, which was culled together from an episodic structure for a cable TV channel from several years ago and infused with new footage to pad out the running time, adding name actors like Michael Madsen, Quinton “Rampage” Jackson,” and Michael Jai White to film some new scenes. The DVD / Blu Ray box of the film proudly declares this move a “throwback” to explosive action, hearkening back to when (I assume) audiences bore more or less indifference for garbage like Ballistic: Ecks vs Sever, The Replacement Killers, and Assassins. Vigilante Diaries is made with the same club-footed gusto as those types of movies, and aside from the garish patchwork quilt of faces on the video box, the movie is a glaring misconception of what makes the action genre so appealing to begin with.

The movie is about a vigilante (played by the film’s writer, Paul Sloan), who gets himself kidnapped and tortured by the guys he’s trying to bring down, and when he gets loose he’s more or less like The Punisher, but less compelling in that his backstory is muddled and somehow passed over in the murky plot. The Vigilante has the Armenian mob after him, not to mention a Mexican cartel, but it doesn’t matter because he’s on the right side of wrong and he’s got help in the form of sidekicks / benefactors, played by Jason Mewes from Clerks and UFC star Quinton Jackson, who in one scene defuses a bomb, but for the life of me I can’t remember how. Michael Jai White has some disconnected scenes where he shows up to talk in a phone a few times, and in a teaser scene he kicks Jackson to the ground, but the fight never continues. The real shame of the movie is that it shamelessly thinks it’s awesome simply because the filmmakers were able to round up a motley cast and put them on the video box cover, but director Christian Sesma has no idea what to do with any of them. It’s an action movie, all right: Guys get shot, there are some fight scenes, and lots of manly, bare chested dudes cursing at each other, but the movie adds up to little more than scenes that feel puzzled together, though the pieces never match or connect properly. Hand it to Sesma and star Sloan, though, for seeing this poorly conceived notion to the finish line. It’s finished, but there’s nothing satisfying about it.