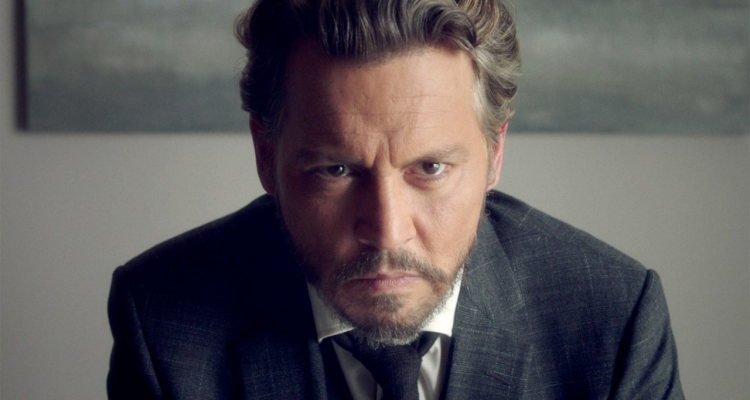 The Professor has Johnny Depp at his best but it annoys with its humanistic and hedonistic, no consequences agenda.

Plot: A college professor lives his life with reckless abandon after being diagnosed with a terminal illness.

Review: Richard (Johnny Depp looking rather dapper), a college professor at an elite college, finds out that he has terminal cancer and has (at best) a year or so to live, maybe as little as six months. He is obviously devastated by this news, but he quickly takes it in stride: Instead of mourning his life and the things he never did, he decides to live every moment to the fullest … which means he becomes a hedonist, essentially. His relationship with his wife (Rosemary DeWitt) has been on the rocks for years, but rather than telling her his prognosis, he informs her that she is free to have affairs, and he tells her he will be doing the same. In short order, he has sex with a stranger, and even cops to a blowjob with one of his male students, which is new for him, but not so much for his student. Speaking of his students, Richard hands out free grades to anyone willing to accept a “C” if anyone would simply walk out and leave his class, paring down his roster to just a handful. With these holdouts, he embarks on an experimental course where he cuts out all the bullshit and actually tries to reach to the heart of each student. While it doesn’t completely work out the way he intends, he at least gets the chance to lay out the groundwork for his long goodbye to the world, which begins in the classroom. Over the course of his final stretch of instructions, Richard learns to be a better father to his lesbian daughter and a more understanding and penitent husband. By the film’s end, he has bucked all convention and decides to go out on his own terms.

The Professor (formerly titled Richard Says Goodbye, a title the film still bears in the credits) is as forward leaning as a movie ever was, and while it annoys with its humanistic and hedonistic, no consequences agenda, it exists solely to give Johnny Depp a chance to act in a nicely nuanced performance. Here’s a movie star at a high point in his acting career. It also says a lot about how movies are distributed these days: it doesn’t matter that a star like Johnny Depp delivers a good performance in a fully committed role in your movie because it still might end up premiering on a VOD platform. The Professor will be getting a limited theatrical run, but it is destined to get lost in the shuffle of thousands of other titles in the VOD void. Quite telling for our times. From writer / director Wayne Roberts.