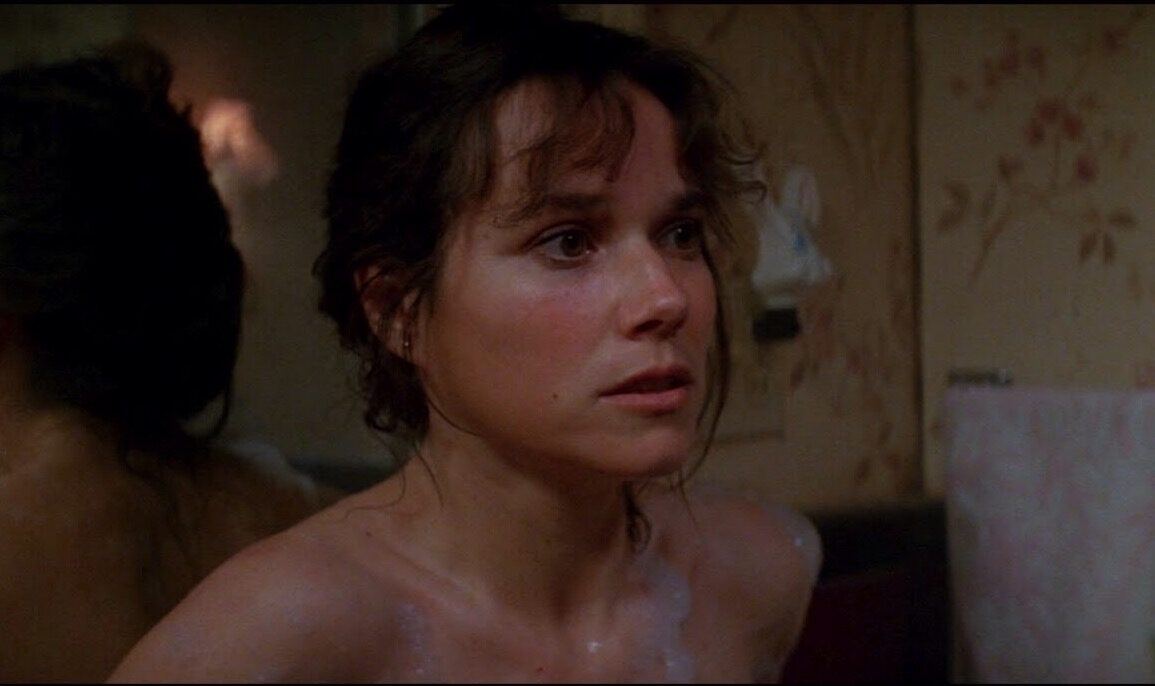 Plot: Single mother Carla Moran (Barbara Hershey) is raped and attacked by an invisible force. She begins therapy with Dr. Phil Sneiderman (Ron Silver), a psychiatrist who believes Carla’s traumatic past is motivating her to commit self-induced injuries, rather than anything supernatural. When the attacks continue, Carla invites two college students with an interest in the paranormal to visit her house. After seeing the ghost in action, they agree to help Carla defeat her invisible attacker

The Entity is allegedly based on true events and if they are then that’s some crazy shit as it’s a pretty disturbing movie.

It’s not scary in terms of jumps or gore but it is nightmarish as it’s any woman’s worst nightmare; she is repeatedly raped by an unseen force so it’s a tough one to watch but also must have been difficult for Barbara Hershey to film.

The whole time you’re dreading what will happen to the poor woman next so it is a gripping story that keeps you on the edge of your seat.

I did find it a little long though at over 2 hours so it could have maybe been trimmed a little here and there. I liked how it was very much an adult orientated film as this isn’t about teens getting slaughtered by a masked assailant but one woman’s fight for her very survival and sanity.

None of what happens is explained so the ending is quite open and apparently the attacks were still happening to Carla Moran (Hershey) in real life when the film was released. This does give it a bit of an anti-climax as you really want to see Carla escape from the entity but it does make it more believable.

The music is quite 80’s by today’s standards but it worked nicely in creating the nightmarish atmosphere.

It’s probably one of the best acted horror movies I’ve seen with Hershey giving her all as the tortured Carla but the late great Ron Silver’s psychiatrist is a great character who is skeptical about Carla’s claims.

Overall, The Entity is a tough watch at times and won’t be for everyone but it’s engaging (and unpredictable) story, tense atmosphere and excellent performances make it still stand the test of time.