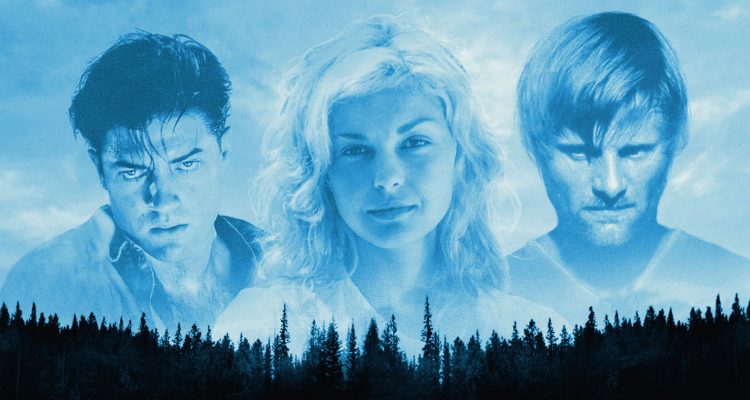 A strikingly gorgeous filmic pallet gives The Passion of Darkly Noon a beautiful and haunting quality that is rarely captured in movies, and so it’s a shame that the boneheaded and clichéd story ruin the experience of watching it.

Plot: Darkly Noon (Brendan Fraser) is the sole survivor of a military-style attack on an isolated religious community. Stumbling through a forest in a daze, he is rescued by the free-spirited and enigmatic Callie (Ashley Judd). Darkly finds himself feeling strange new desires for Callie as she nurses him back to health… only to watch her jump into the arms of her returning mute lover Clay (Viggo Mortensen).

Review: A sunlit haze crowns a cabin in the woods with an unholy glaze, and the beautiful young woman who lives there is a blonde nymph of sorts named Callie (Ashley Judd). By chance, she reels in a stray young man named Darkly Noon (Brendan Fraser) who is wounded and near death. Turns out he’s just escaped from a massacre on his Christian fundamentalist compound, and being the only survivor of the massacre, he’s like a boy-man who has no idea how the world operates or the temptations that lie around, particularly when he lays eyes on his rescuer, the sexy and sultry (and morally free) Callie, whose sexuality oozes from her every pore. She toys with him a little over the next few days, but she has no idea the powder keg Darkly is: His desires and unfiltered, but dangerous innocence comes to a boiling point when Callie’s mute boyfriend (played by Viggo Mortensen) wanders back home, creating a frenzy in Darkly’s clouded mind. As he watches the two lovers embrace each other, Darkly becomes unhinged as his fundamentalist beliefs collide with delusion and suggestion as an old woman in the woods tells him that Callie is a witch who lures men to their doom.

A strikingly gorgeous filmic pallet gives The Passion of Darkly Noon a beautiful and haunting quality that is rarely captured in movies, and so it’s a shame that the boneheaded and clichéd story ruin the experience of watching it. Writer / director Philip Ridley, whose film The Reflecting Skin had a similar display of strange, horrific beauty to it, is very much a visualist, but a storyteller he isn’t. He had a great grasp of photography and art, but the story for this film is undone by a rotten view of Christian fundamentalism (nothing new here; it’s a tired trope for filmmakers who have no faith) and a weird, mumbling performance by Fraser. Judd is stunning to look at with her bleached blonde hair, but the script doesn’t offer anything to the actors to give much in the way of a performance. Fraser stutters and mumbles under his breath and, frankly, it’s unintentionally funny. Ridley would take a couple of decades off before making his third film Heartless, which is a fascinating film as well.

I’d never need The Passion of Darkly Noon before, although I remember it from the VHS days, and so watching it in a 2K restoration from Arrow Video was a nice way to see it for the first time. The disc has a bunch of extra features on it, including a new audio commentary by Ridley, interviews, a booklet with an essay, and the isolated score track, plus other stuff. 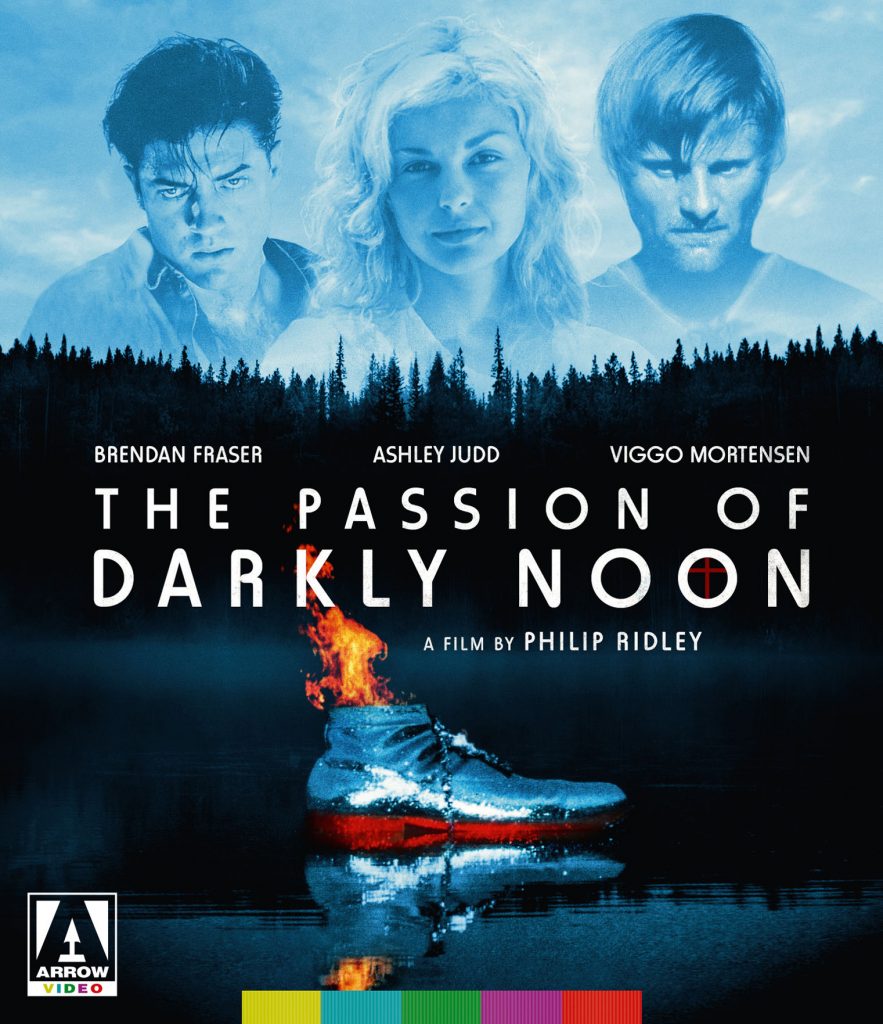