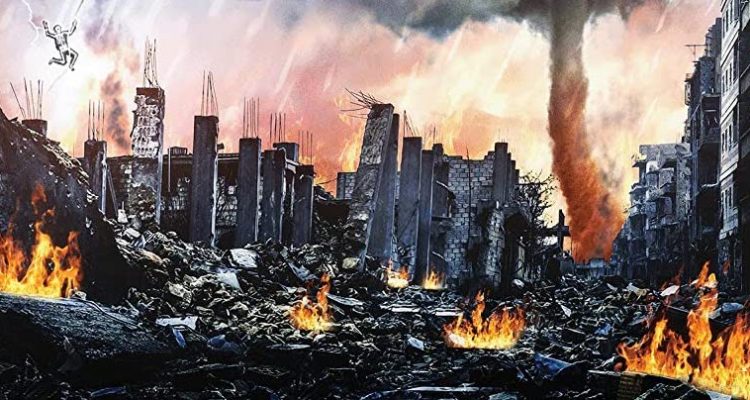 Check your brain at the door for these potboilers. a 3 rating is generous, but for the price and for what you get, this is a pretty decent collection.

After completing a string of high-profile robberies, a group of beautiful but deadly biker girls, led by the fearless Lady, collide with a bar full of mysterious robots disguised as humans.

A biker gang comprised of tough chicks are in the middle of a crime spree, robbing banks and bars in the South when they end up in a seemingly ordinary town, tossing a few back at a local dive bar. An altercation between an unruly patron and one of the girls turns bizarre when the patron – and everyone else in the bar that isn’t part of the biker gang – turns out to be an android! The discovery puts the biker gang and their leader (played by Stacey Dash) in the middle of a vast conspiracy spearheaded by a wacko mad scientist (played by Paul Le Mat) who has completely taken control of a small region by filling it with his android (and gynoid: female androids) creations. The scientist pits his entire cyborg army (including a giant retro looking mecha-jox thing) against the Chrome Angels before they can escape the town and leak to the world what’s going on in this crazy town!

Shot in Louisiana on a very tight budget, Chrome Angels (a.k.a. Cyborg Conquest) is a goofy action / sci-fi film shot for the SyFy Channel with a nonsensical plot. If you’re half asleep and don’t really care to pay too close attention to what’s going on in the film, then it’ll be a mild sedative for your brain. I watched it with my six-year old and he was way more into it than I was, so there you go. It runs a little violent and mature (a hard PG-13 or a light R rating), so if you’re looking for more titillation or whatever, you may need to look elsewhere. Written and directed by Leigh Scott, who has worked extensively with The Asylum.

A college student returns with her father to his home country only to discover her family holds a dark secret that involves her.

Living in Romania with her father, college student Jennifer (Kristen Renton) travels with her dad (William Atherton) and step-mom (Erin Gray) to a small town where a cult is preparing a ritual to open a dimension to allow a legion of ghouls upon the world. A young druid (James DeBello) – the last of his line – is on the warpath to stop the ritual from happening, and when Jennifer finds herself in the center of the ritual (she’s supposed to be the sacrifice, thanks to her evil dad), it’s up to the druid to save her and help save the world.

Shot on location in Romania in some forests and in a local town, Ghouls is surprisingly bloody and gory for a SyFy Channel original (it was produced by Nu Image), but it doesn’t have much going for it other than a goofy plot and the appearance of some gross looking ghouls every few minutes. Gary Jones directed it.

A rancher named Judd (Jeff Fahey) and his daughter Kelly (Stacey Asaro) find themselves in the middle of an adventure after an electrical tornado wipes out their cattle ranch. Left destitute and without a college fund to send Kelly to college, they run smack into a bunch of government spooks who are prowling around the countryside, chasing an otherworldly tornado that seems to be “studying” human biology by altering weather patterns in the region. Entering the picture is intrepid weather chick Gail Curtis (Kari Wuhrer) who, along with the borderline brilliant Kelly, figures out that the tornado is actually extraterrestrial in nature, which puts them in danger with the spooks who are told to eliminate anyone who gets in their way in their research.

A fleet pace and attractive leads (I’ve always been a fan of Wuhrer) help move the otherwise pedestrian SyFy Original Tornado Warning through to its conclusion. With a minimal budget (shot in Louisiana) and a convenient explanation of having the aliens as formless, invisible beings give this flick a certifiable “B” movie status, and it wears it proudly. It’s suitable for kids and families to watch. Jeff Burr (Stepfather 2, Leatherface: Texas Chainsaw Massacre III) directed it.

A group of talented but rebellious ‘rock-star scientists’ find themselves in a race against time to save Earth when a comet makes an unexpected turn towards our blue planet where all life may cease to exist within days if our small town heroes fail to find a solution.

A collective of some scientists under the advisory of the President of The United States begins to get that hopeless feeling when they realize that a space anomaly is headed to earth and will cause a catastrophic, earth shattering apocalypse in just a few days’ time. The President is informed, and a one-in-a-zillion plan is hatched: Get some other maverick scientists together – including an autistic man and a nail-biting, neurotic chick (played by Gigi Edgely from Farscape) – to create a solution to stopping or diverting a comet from hitting the earth. As the catastrophes begin to occur, looters and marauders rape and pillage.

I tried paying attention to the SyFy Channel original Judgment Day, but a snoozy effort by director Justin Jones made it difficult. The script feels like it was written by someone who avoided research at all costs, and the only thing mildly interesting about it is that is has an autistic character who essentially helps save the world. Other than that, this one is a tough one to sit through. 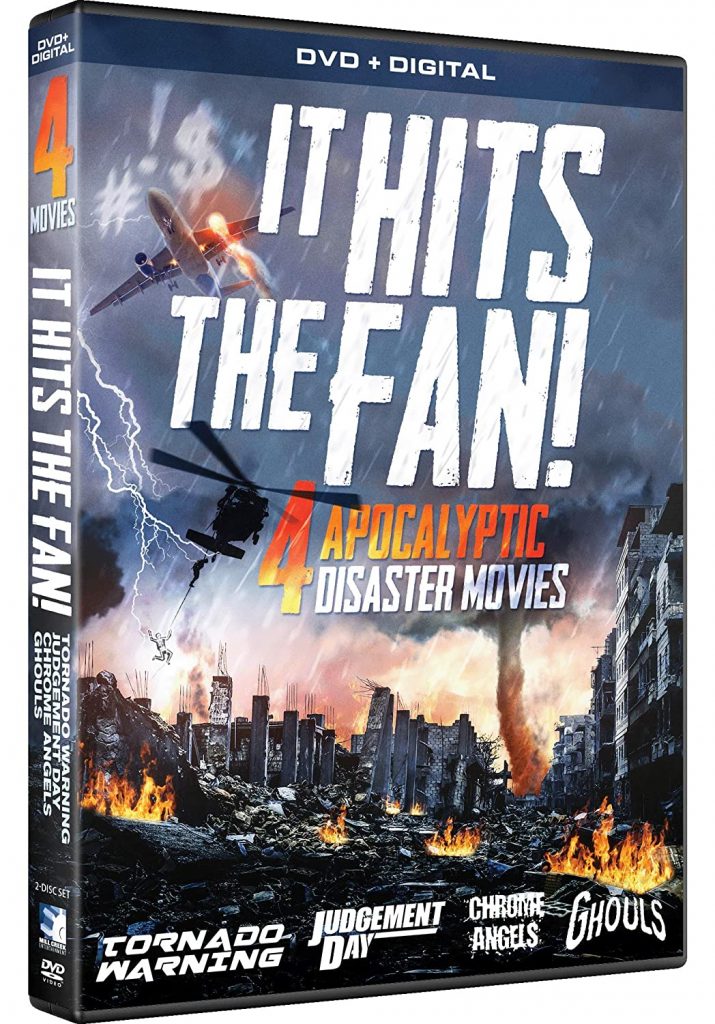