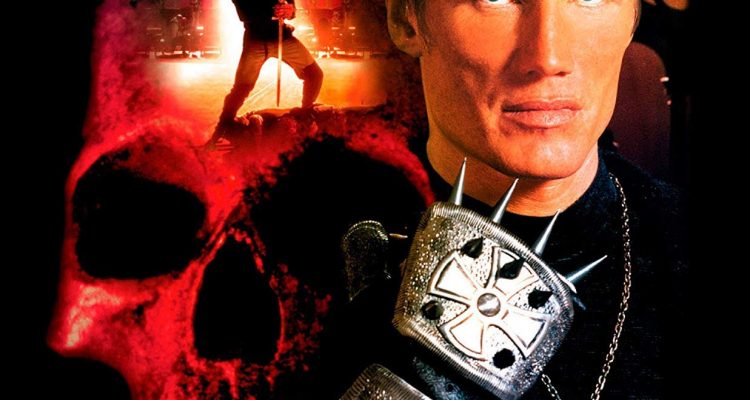 A fine story, and slickly shot and scored. The Blu-ray is nice, namely because it offers the movie in widescreen for the first time however, uninspired direction hurts the film. It’s not nearly as exciting as the premise would suggest.

Plot: New York, Christmas Eve, 1999 – at the dawn of the new millennium – a subway construction crew unearths an eight hundred year old Celtic skeleton and a mysterious key. Archeologist Karen Goodleaf is called in to determine the meaning of the discovery. News of the discovery reaches a Middle East monastery where the warrior monks known as the Knights Templar – an ancient sect entrusted with protecting holy relics – choose their best pupil, Lukas (Dolph Lundgren) to face the diabolical threat.

Review: The gates of hell have been locked for millennia, and a week before Y2K, a construction crew accidentally unearths an archeological specimen in New York near the subway system: Knights Templar from before the time of Columbus. The ancient skeletons have been guarding the key to hell, and when the news reports the find, a secret sect of Templars send their strongest warrior – a gauntleted Aryan named Lucas (Dolph Lundgren) – to retrieve the key before Satan’s minion does. The minion can switch bodies like a demon or a virus, so Lucas will have his work cut out for him as he immediately encounters the minion, leading to one smack down after another. The plan Lucas has is to take the key to a nuclear waste site and dump it deep in a lake of contaminated waste, and his helper is a plucky female Native American archeologist (Francoise Robertson), but they’re constantly fettered by the demonic minion, who dogs their trail. The climax is set in a monastery where the door to hell bangs and pounds to be let open.

There were some apocalyptic-lite action / horror hybrids that came out preceding the year 2000, namely Arnold Schwarzenegger’s End of Days, and Dolph’s The Minion, which didn’t quite have even a quarter of that film’s budget. The concept is okay, and Dolph was game for the goofiness the script required him to say and do, but the execution of the film by first time feature filmmaker Jean-Marc Piche (a director of commercials) is weak and uninspired. The film is nicely shot and slickly scored, but it’s not one of Dolph’s strongest films.

Kino Lorber’s new Blu-ray of The Minion is a welcome release for fans of the star, mainly because it offers the film in widescreen for the very first time. The 2K transfer sparkles and shines, and the director provided a commentary. Also included is the trailer.