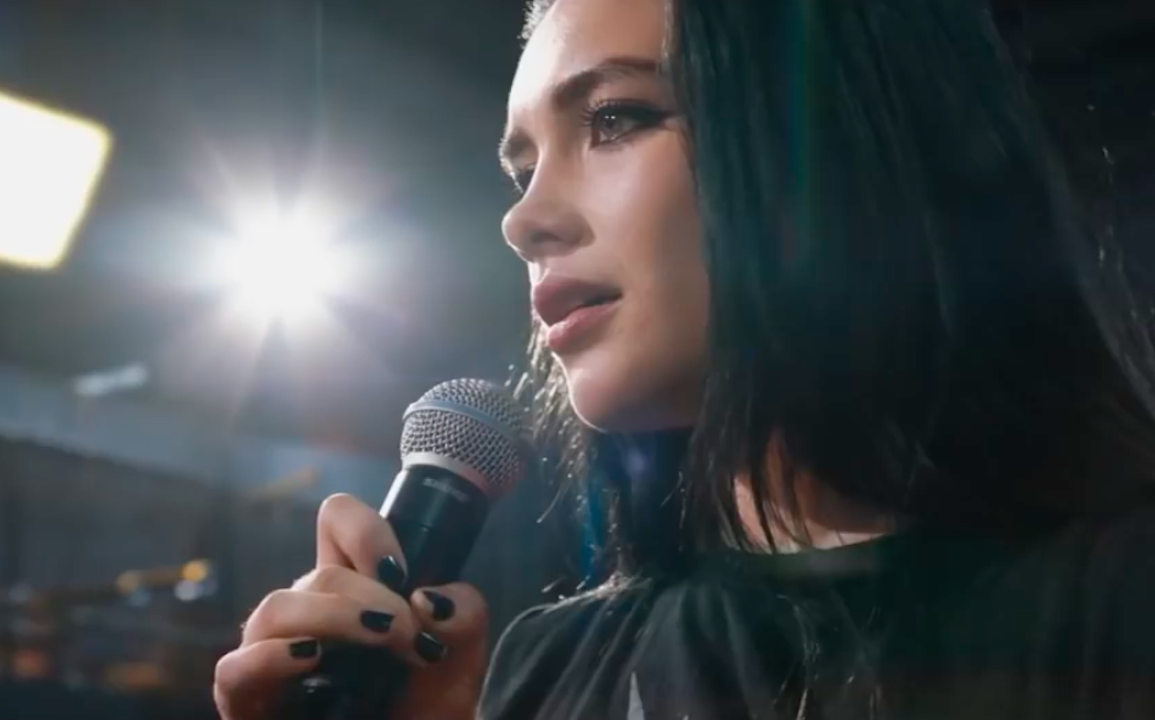 Fighting with my Family (2019) Review

While it follows the pat standard of many sports biopics of showing how an outsider can rise up and triumph over adversity, the movie gets great performances by the entire cast and its heart and charm overcomes any criticisms about its generic storyline.

Plot: Growing up in Norwich, England, Saraya works in a wrestling promotion run by her family, while dreaming of competing in the WWE. Little does she realize the sacrifices she needs to face when that dream presents itself.

Review: First of all, let me get this out of the way: at one time, I was a huge wrestling fan. Growing up in the ’80s, seeing bigger than life characters like Hulk Hogan and Andre, the Giant, it was easy to get caught up in the make-believe world of professional wrestling. While I no longer watch the shows, I still have kept myself up-to-date of many of the goings-on and one of my favourite female performers of recent years was Paige, the subject of this film.

So you can excuse me if I am a little biased, but you don’t see many people come down the pipe like Paige. The woman simply stood out as one of the greatest performers, not just of our generation, but of any. She had all the tools: beauty, physical ability, skills on the mic; she was the total package. This movie, based on a 2012 documentary about Paige and her family, hits the mark in all the right places.

Let’s start with the cast.  Florence Pugh as Paige is brilliant.  She manages to capture Paige’s attitude, her determination, all of the qualities that made her a star in wrestling. Nick Frost is great as her father, as Nick Frost usually is great in whatever roles he takes. Lena Headley is equally great as her mother. Jack Lowden is a stand-out as her brother Zak, the forgotten member of her family who has to live his dreams vicariously through his sister.  Vince Vaughn is as sarcastic as most of his characters usually are, but also grounds Paige in pursuit of her dreams and he delivers the best speech in the entire film. Dwayne Johnson only appears in two scenes, but he is, as the Rock would say, electric.

I won’t lie and say the movie’s story is anything special; perhaps the biggest difference between this and most sports films of this ilk is the lead is a female. Otherwise, it’s the same: main character doubts they can do it, quits, gets inspired, returns with new vigor and achieves their dreams.  There is nothing that you haven’t seen before in other films in this regard. However, the dialogue, the heart, and soul that the performers put into their performances and the unflinching honesty of how brutal the professional wrestling business is puts it a cut above the rest.

The wrestling scenes themselves, while relatively short, are excellently choreographed and shot. You get a taste that while professional wrestling is scripted, these performers put their well-being on the line, every single day for the entertainment of people they will probably never meet. Likewise, there are some funny parts in the movie, and unlike most comedies nowadays, the funny parts all hit the mark.

Do not go into this film thinking that you’re going to see events as they actually happened; if you want that, I suggest you check out the documentary instead. The film takes some liberties with people and events like every biopic does. It is a dramatization of real events, not the evening news.  So if you’re looking for an old-fashioned feel-good story, told with vim and vigour by an excellent cast with all the trappings of a real-life story, then this movie is for you.