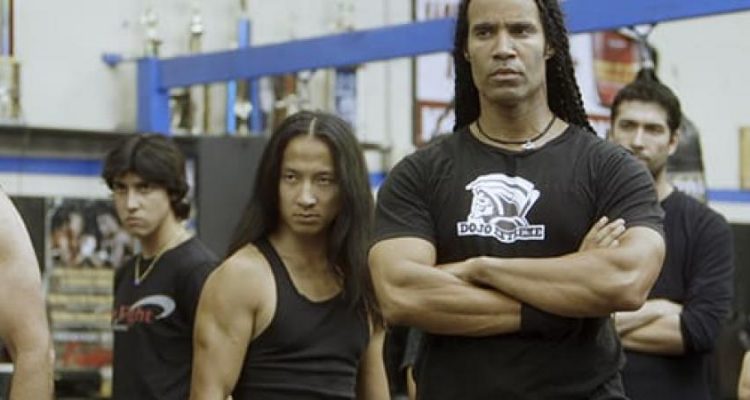 The Martial Arts Kid may not break any new ground in terms of story but a movie with such an inspiring message should be seen by fans of all ages and the final 20 minutes is worth the wait.

Plot: When a troubled teen from Cleveland experiences bullying in Cocoa Beach, he soon learns Martial Arts to gain confidence and self-defense skills.

Review: I finally sat myself down to watch this movie the other day and after hearing so many good reviews it’s one of the few movies that surpassed my expectations. Yes, it’s practically a remake of The Karate Kid and the odd supporting cast member won’t win any acting awards any time soon but that doesn’t prevent The Martial Arts Kid from being hugely entertaining and inspirational. Bullying is a big problem in schools and it’s nice to see a movie that tackles the subject head on without being overly preachy or unrealistic.

Jansen Panettiere is incredibly sympathetic as Robbie and I liked how he wasn’t a one note character; he starts off as a teen who has gone off the rails that gets into trouble with the cops so he is sent to live with his aunt and uncle who look remarkably like Don Wilson and Cynthia Rothrock.

Matthew Ziff’s Bo is the type of brainless bully we’ve all met at some point in our lives and he is hateful right from the start; he isn’t given any real character development and it isn’t required. We just know he’s a dick and needs to be punished.

My favourite aspect of the story was the idea of the UFC style of training vs. classic martial arts; where dojo owner Coach Laurent Kaine (TJ Storm) believes that you should destroy your opponent using maximum force, Don Wilson’s Glen is into more traditional martial arts and has a sense of honour.

Wilson and Rothrock haven’t lost any of their fighting skills with age and both bring an amiability to their characters which makes them instantly appealing. Many of the supporting cast like TJ Storm are real deal martial artists so we get fight scenes that are coherent and believable. The final 20 minutes is practically one big fight scene and Don Wilson vs. TJ Storm is the highlight however, when Robbie finally takes on Bo it’s also incredibly satisfying to watch the bad guy get humiliated.

It doesn’t go for a simple happy ending though as it’s very much open for a sequel (which is coming soon I might add) so bring it on.

Overall, The Martial Arts Kid may not break any new ground in terms of story but a movie with such an inspiring message should be seen by fans of all ages and the final 20 minutes is worth the wait.