The Marksman is basically what Rambo: Last Blood should have been, which is a rock solid action / thriller for a laconic hero played by a movie star in his twilight years.

A rancher finds himself in a tough situation when he takes it upon himself to protect a child being hunted by a Mexican cartel.

Faced with foreclosure on his ranch, widower and ex-Marine Jim Hanson (Liam Neeson looking pretty scraggly) looks upon his life with some regret and a touch of hopelessness. His ranch is right on the Arizona / Mexican border (almost literally), and when a frantic Mexican mother and her young son illegally cross the border literally in front of him, she’s shot by a cartel leader on the Mexican side and virtually dies in his arms. Thinking fast, he takes the boy and the bag they were carrying to safety, but the cartel gets a good look at him and his truck, which is problematic, as they seem to have plenty of avenues into the state without any issues, prompting Hanson to do what he can to take the boy to safety. When he takes the kid to border patrol, he realizes that the cartel can easily get to him, so he breaks the law and takes the kid on a road trip to the boy’s next of kin, igniting a do-or-die chase across a few states where the cartel is hunting them. Turns out the boy is carrying a bag full of drug money, and the cold-blooded cartel will do anything to get it back. This might be Hanson’s last chance at doing something that will give his life meaning again.

The Marksman is basically what Rambo: Last Blood should have been, which is a rock solid action / thriller for a laconic hero played by a movie star in his twilight years. Neeson pretty much pulls off the sort of thing Clint Eastwood would have done maybe twenty years ago, and it’s a winner of a film. Speaking of Eastwood, the director is Robert Lorenz, a frequent Eastwood collaborator, so it’s easy to see the direction he was going for. With a satisfying climax and a fair share of suspense and action, The Marksman is yet another excellent piece of work from Neeson, whose persona melds right into this material.

Universal will be releasing The Marksman next week in a Blu-ray / DVD / Digital Code combo edition, and the disc includes a “making of” special feature. 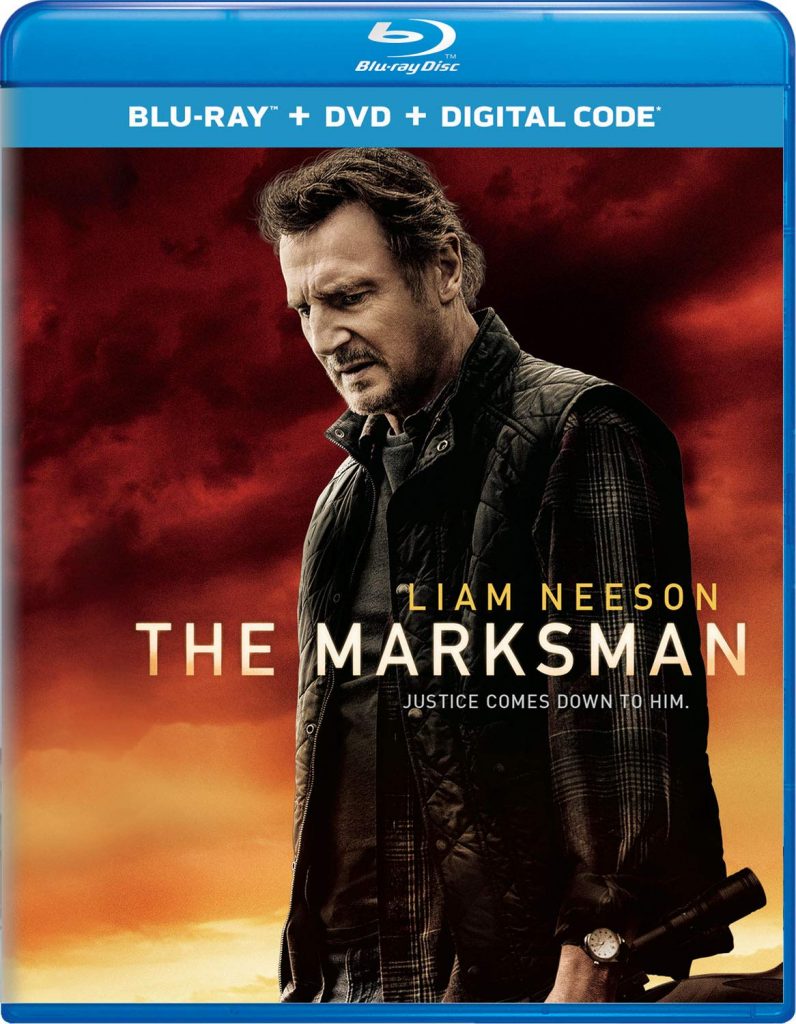