A surprisingly inventive and fresh entry from the DC Universe animated line, Justice Society: World War II keeps things spry and interesting with a solid story and characters you care about.

While helping Superman fight Brainiac, The Flash accidentally travels through dimensions and ends up in an alternate timeline in World War II where Wonder Woman and another Flash are fighting Nazis.

During a hectic, do-or-die battle against Brainiac, Superman (voiced by Darren Criss) The Flash (voiced by Matt Bomer) jets into the fray and tries to help, but instead ends up travelling through a dimensional rift (of his own accidental making) and ends up in Germany, circa WWII. But things are much altered in this timeline: Wonder Woman (voiced by Stana Katic) is the leader of a secret “Justice Society” working with the United States government to help the world turn the tide against Hitler and his legions. Alongside Wonder Woman is another Flash (also Bomer), Hawkman (voiced by Omid Abtahi, the only miscast voice in the film), and pilot Steve Trevor (Chris Diamontopoulos) who hasn’t given up on proposing to Wonder Woman, despite her every rejection. The Flash from the future is quickly accepted into the fold, but he has no way back home (at least not yet), and when the team gets caught up in Atlantis, they meet a decidedly villainous Aquaman (Liam McIntyre) who has joined leagues with Hitler and plans to unleash his Atlantean army upon the world. During the battle, Superman shows up for the first time to aide the Justice Society, but the battle will have severe effects on the secret society, but as a result there might be a way back home for The Flash.

A surprisingly inventive and fresh entry from the DC Universe animated line, Justice Society: World War II keeps things spry and interesting with a solid story and characters you care about. Wonder Woman really shines in the film, and her characterization in the movie is perhaps the highlight, but fans of The Flash will be in for a treat as well, as he takes the center spotlight through the entire movie. A “good one” for fans of the DC Universe, Justice Society soars and triumphs. From director Jeff Wamester. 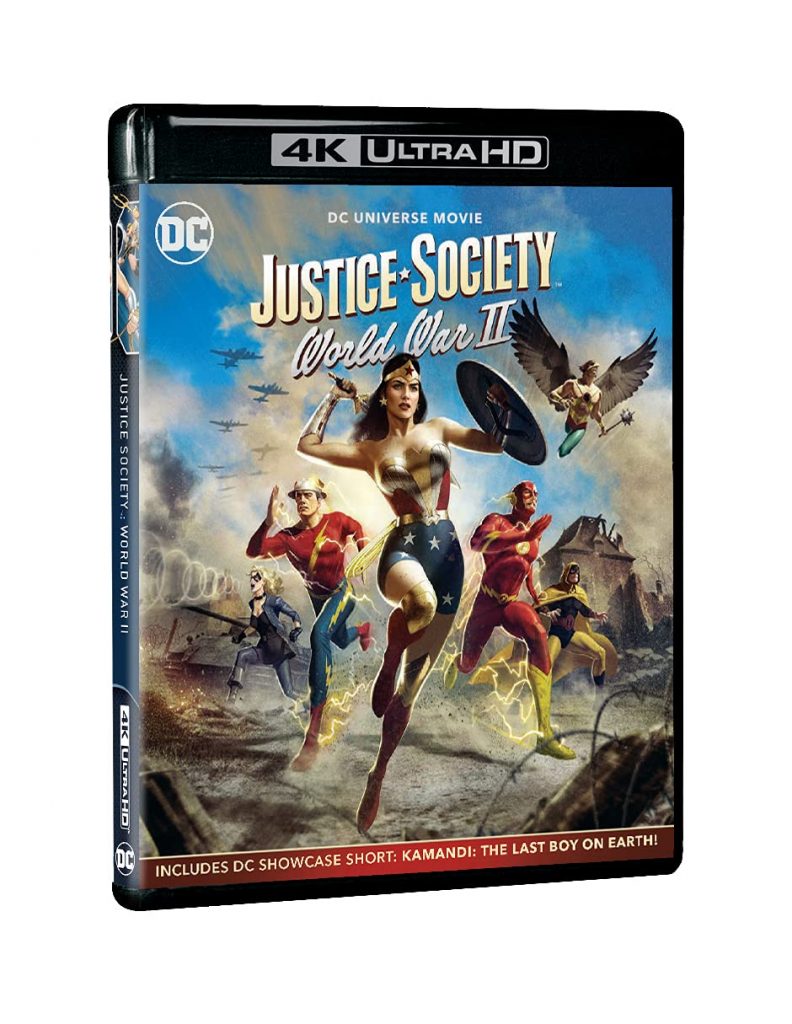